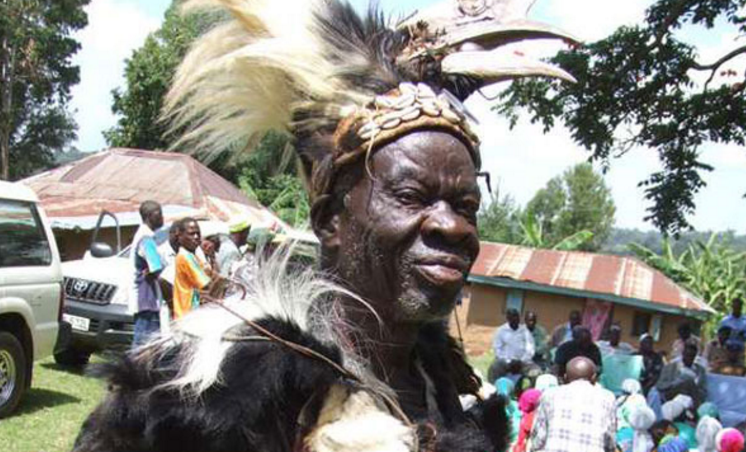 The legendary singer died Monday, September 5 at his home in Kamulembe Village in Tiriki, Muhudu location in Vihiga County, after a short illness.

According to his son Jackson Ingosi Junior, Mzee Ingosi has been sick since 2003.

“Dad often complained about his swollen feet. Since 2003, his health has not been stable. Surgeries were performed on his feet in 2003 in France, but there was no significant health progress,” Ingosi Junior told eDaily.

“In July, this year, dad was admitted at Mt. Longonot Hospital in Naivasha for nearly three weeks. When he was discharged from hospital, he went to Nairobi; but returned to our Vihiga home on August 15. Since then he was complaining of a weak body and aching feet,” added Ingosi Junior.

His body was taken to Mukumu Mortuary in Kakamega.

The singer’s funeral service is scheduled for Saturday, September 17 at Seikuti Primary, Kamulembe Village in Hamisi Sub County. He will later on be laid to rest at his Kamulembe home.

The grand old master of Luhya folk song and dance will be remembered as a Luhya and Kenyan cultural ambassador for more than five decades. He composed Mwana wa Mbeli (First Born) in honour of Kenya’s first Prime Minister and President, Mzee Jomo Kenyatta, after the latter was freed from detention.

The song is about a man praising his first-born child who delivers him from suffering and misery. It was composed as a metaphor depicting Mzee Kenyatta as the man who had delivered Kenyans from colonialism.

Loading...
Thugs Break Into Naivasha Police Staff Quarters in Daylight Robbery < Previous
WATCH: Eric Omondi on How to Be ‘Madam Boss’ Akothee Next >
Recommended stories you may like: