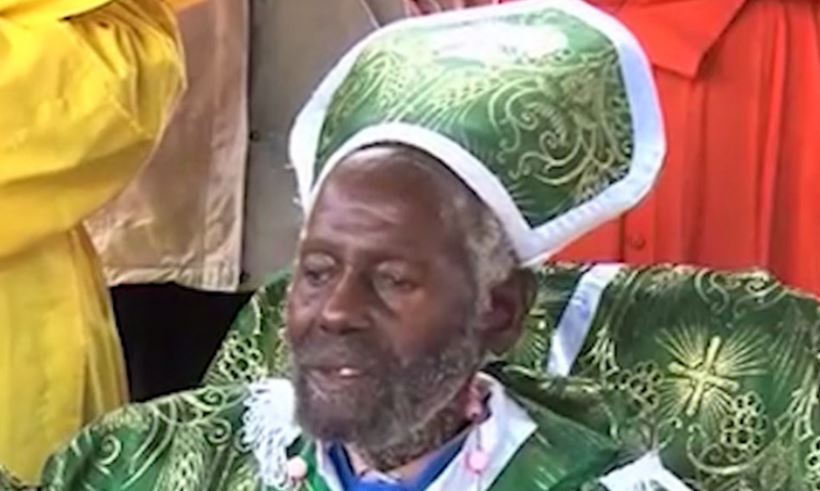 Pope Romanus Ongombe of Legio Maria has dramatically fired one of his cardinals.

The church’s headquarters in God Kweru, Migori county turned chaotic over the weekend when followers stormed the venue demanding the removal of a certain cardinal.

Cardinal Samson Arogo was accused of being disrespectful to the Pope. He had reportedly made false reports that a lady had taken control of the Pope’s shrine, known as Calvary.

The holy father, 83, denied the allegations saying, “They lied to people that I had eloped with a woman…at my age do I need a woman? God is my protector,”