Joho Will Not Be Happy To See This Pablo Escobar Comparison

The second season of Narcos is out, and I’m pretty everyone has watched, whether via illegal DVDs or on Netflix.

As you know, the focus is on Pablo Escobar – the leader of Medellin Cartel and the wealthiest drug dealer in history who at his prime was worth $30 billion. In today’s rankings, he would be number 7 on Forbes list.

Someone drew comparisons with Kenya and made this poster which has gone viral on social media. 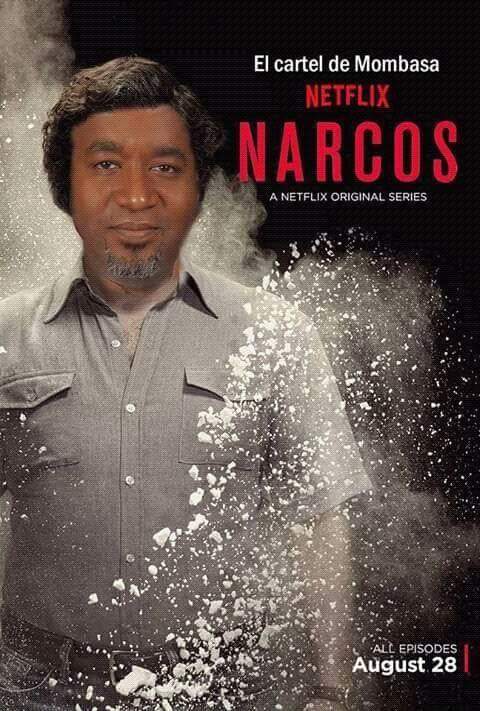 Loading...
RAW VIDEO: Watch Trey Songz Ride in a Rongai Matatu < Previous
Kidero: I Will Personally Finance Raila’s Campaign in 2017 Next >
Recommended stories you may like: