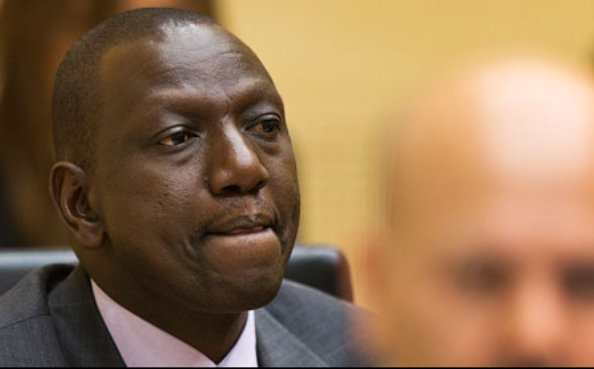 RE: I WILL NOT ATTEND THE JUBILEE LAUNCH

Hope this finds you well. I will go straight to my points since I know you are busy with the final touches of the merger and the grand launch .

As always , you are very smart , it’s working ; Congratulations in advance.

You are my role model. I have watched your moves and admired your faith. As my mentor , I have no choice but to follow your footsteps. After 2007 elections, you dared to be ambitious and curved your own path . URP was the ultimate house you built . This was due to the challenges that you faced .

You have succeeded! I have faced challenges in the so called Jubilee . The jubilee we strived for. And just like you, because of the challenges I can’t control , I have decided to curve my own path . Allow me to be ambitious like you .I , together with other like minded Kenyans are forming our own outfit . Just the way you formed yours . I know people, especially aspirants will not see the reason for this now , but later they will know why – through the lessons they are walking to blindly .

First , in my county , the delegates list was bungled. Someone made the list in his bedroom and the real delegates were left out . That is after you had told our friends in the national assembly to pass the bill barring party hopping . Meaning , you loose in primaries , you go home .

Now , why would I participate in primaries that will be bungled ! The get locked out ! If I was naive , I would have gone that route blindly .
I respect you and support you . Just as you formed URP and supported Kenyatta, allow me to do my formation and support you . I will support UhuRuto presidency next year . I will drum up support for you . I will welcome you to my home and tell everyone to vote for UhuRuto. I have already made bookings for the best sound and stage arena for you when you come . I will erect billboards for you . Infact, your picture and that of your brother Mr Kenyatta will be somewhere in my posters and all a d’s.

William, you will need me in parliament in 2017. As much as you are cosy with the current Rift MPs because they don’t ask questions like Alfred Keter, they may also cost you because they will not ask questions as to why you can’t be president after Kenyatta. If you maintain the current Rift valley MPs, then forget presidency in 2022. You need new energy to propell you to power. There is alot of potential in several Rift young aspirants . Let us be your commanders in this quest.

I was of the idea that Jubilee nominations be fair and reflect the will of wanjiku and Chebet. Not a situation, for example in my county, where by there is a preferred Governor , Women Rep and others . The people should have decided on this . But thank God , my people are wiser now . They will vote for UhuRuto presidency and make their own choices in other slots. There is no six piece suit. I don’t even expect Alfred Keter and others to participate in the Jubilee nominations. Because their goose is already cooked . At least Isaack Ruto has seen it coming .

Loading...
“Love Lost, Love Imagined and Love Recaptured,” This is the Sad Story of Love that Had Amos and Josh Disappear from the Music Scene < Previous
Boy in Viral Video of ‘Mwema’ Cover Lands Full Scholarship at City Academy Next >
Recommended stories you may like: