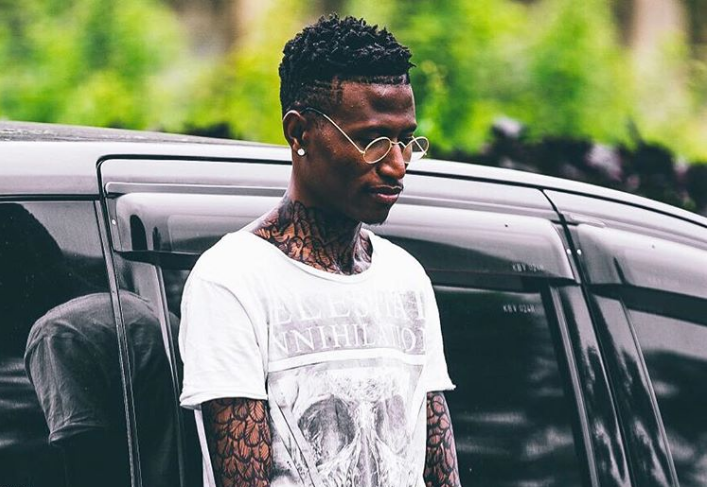 Octopizzo’s ex-girlfriend Christine Fernades has released a statement distancing herself from media reports that claimed she is engaged to the Kibera rapper.

In the statement seen by Word Is, Christine further alleges that she was in an abusive relationship with the rapper.

Octopizzo and Christine broke up back in 2012.

Media reports a few weeks ago, confused Christine with Octopizzo’s current and used her photos to report the engagement.

“In response to the recent media coverage regarding Octopizzo’s engagement, I would like to confirm that I am not the one engaged to Henry Ohanga.”

The statement further reads, “In fact, I would like to clear my name in any connection to a positive or accommodating relationship with Octopizzo, given that I am a survivor of his long-time mental and physical abuse, and am currently in a legal dispute with the artiste. I work directly to support women and children in my profession. By identifying me as the woman engaged to Octopizzo, the media indicates that I condone being in a relationship with someone who hurts and disgraces women behind closed doors, and abuses his position of power as a spokesperson for women and girls. Although I have not spoken publicly about my personal situation due to fear, this media coverage is impacting my personal and professional life.”

She adds, “I would appreciate if the media could undergo a more thorough process of fact checking before publishing or syndicating any stories that involve me, my name, or my image. Although I cannot discuss the details of my case, my lawyers (Judy Thongori and Company Associates) can attest to the fact there is a legal case pending.”

When reached for comment, the ‘Utanisho’ rapper said, “How does one get mentally abused? If she has any proof tell her to take me court. Call my lawyer.”

Octopizzo’s lawyer, Susan Ndirangu, said she cannot comment on the issue because “I cannot differentiate what is currently in court and what you are asking me to comment on because I will be in contempt of court.”

Loading...
QUIZ: What Your Attitude To Household Cleaning Says About You < Previous
The World’s First ‘Three-Parent Baby’ Delivered in Mexico Next >
Recommended stories you may like: