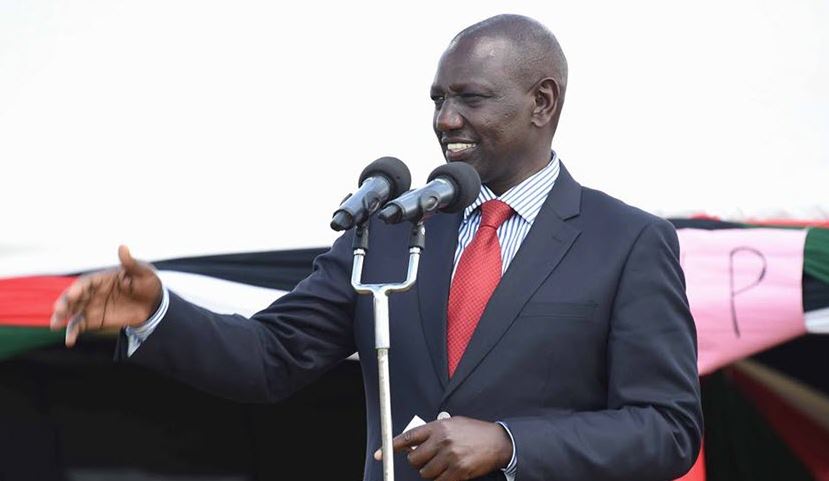 This week saw newspapers splashed with headlines of how Deputy President William Ruto had denied been corrupt. The group that believes that is certainly smaller than the one that doesn’t.

Ruto has been mentioned in numerous corruption cases and rumours. He has often talked of how he ran a roadside chicken business, giving himself the name ‘hustler’.

Now, vocal social media commentator Wahome Thuku has given the DP a challenge. He wants him to give a motivational talk on how he hustled his way up from a chicken business to a billionaire. 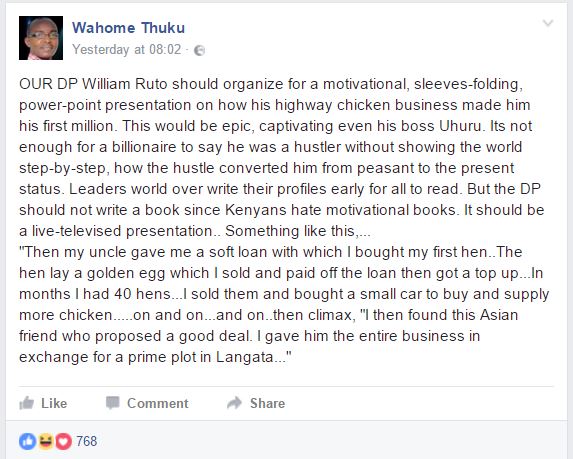 OUR DP William Ruto should organize for a motivational, sleeves-folding, power-point presentation on how his highway chicken business made him his first million. This would be epic, captivating even his boss Uhuru. Its not enough for a billionaire to say he was a hustler without showing the world step-by-step, how the hustle converted him from peasant to the present status. Leaders world over write their profiles early for all to read. But the DP should not write a book since Kenyans hate motivational books. It should be a live-televised presentation.. Something like this,…
“Then my uncle gave me a soft loan with which I bought my first hen..The hen lay a golden egg which I sold and paid off the loan then got a top up…In months I had 40 hens…I sold them and bought a small car to buy and supply more chicken…..on and on…and on..then climax, “I then found this Asian friend who proposed a good deal. I gave him the entire business in exchange for a prime plot in Langata…”