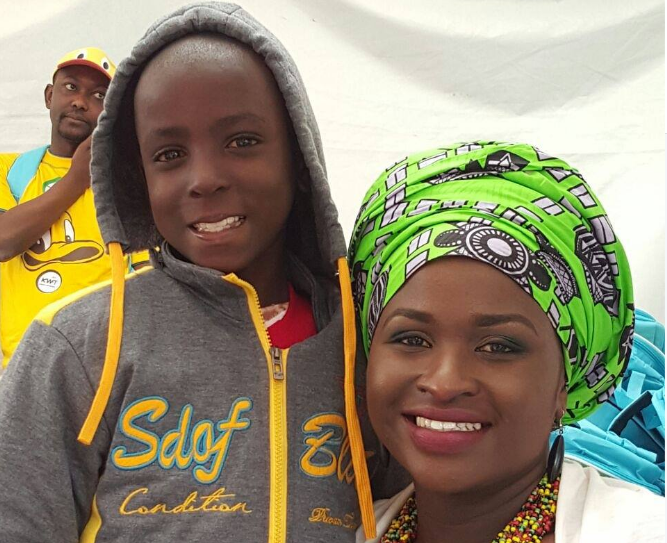 The boy who melted hearts on social media with a brilliant cover of Mercy Masika’s hit ‘Mwema’, has had his life fully transformed.

Tredy Bradly, besides being taken in by guardian Daizy Kayech, has now landed a full scholarship at a city academy.

Daizy Kayech, a Business Manager at Royal Media Services, broke the news on social media writing: “Today marks a new beginning for Bradley. He is favoured to have been accepted at Sankofa Academy-Syokimau on a full scholarship basis. He is privileged to be under experienced teachers who formerly worked at peponi school, Makini,Braeburn & Agha Khan. If you can get your child to this school, that will be the best decision you will ever make. Their cariculum is well thought out. Much Appreciation Sankofa Academy-Syokimau -Syokimau for opening your doors for Bradley. God in heaven will bless you.”(sic)

Nine year old Bradley will be joining class three at the academy.

He promised not to let down his fans and friends.

Bradley, who was found in Kisumu by ‘Mwema’ singer Mercy Masika, was also part of a talent search that saw him get shortlisted among the finalists and even earned him a performance during the 2016 Kids Festival.

He is reported to be recording music for a television show that he became a finalist in.

Loading...
“I Will Not Attend Jubilee Party Launch” – Open Letter to DP William Ruto < Previous
RAW VIDEO: This is the Most Passionate Knife Sharpener you will Ever See Next >
Recommended stories you may like: