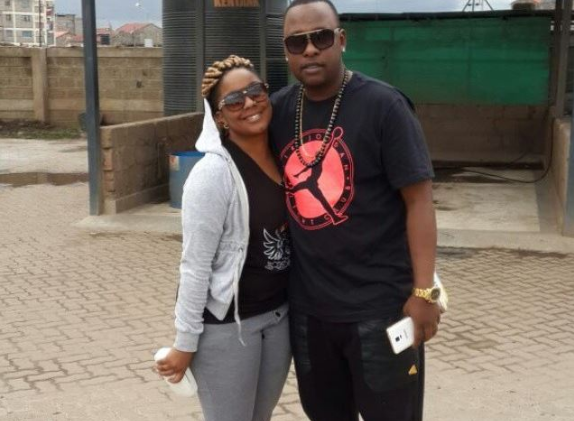 Former singing sensation has come out to quell reports that she may have broken up with current heart throb, Kelvin Mutisya.

Rumors that all might not be well in paradise surfaced after the ‘Chokoza’ singer deleted pictures of her other half on social media.

The lovebirds who have been dating for two years had their social media pages flooded with lovey dovey photos of each other. Not a day would pass without a picture flaunting the intimacy they share.

According to Marya, all is rosy in paradise and they are only looking to keep their love life private.

“We are still together but wanted to keep our business to ourselves,” Marya who has since moved back to Kenya from Dubai said.

Kelvin, who is based in Dubai confirmed the same, hinting that they could be married if Marya gave the go ahead.

“I should ask Marya when we are getting married. You know nowadays ladies don’t want to get married. Anyway when the right time comes we shall do it,” he said.

Loading...
Luo Rap King Vicmass Luodollar Back with New Hit ‘Simbe Adek’ (Teaser) < Previous
Visual Test: What Letter Do You See? Next >
Recommended stories you may like: