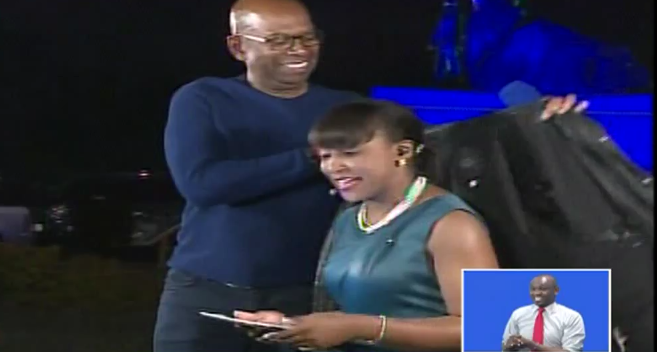 KTN News anchor Betty Kyalo might be a savage on twitter to her followers who make moves on her, but she could not the resist the charms of Safaricom Boss Bob Collymore in a past interview.

Being a chilly night at the festival held at Uhuru gardens, Bob showed just how much of a gentleman he is by offering Betty his leather jacket.

Bob proceeded to take off his jacket and covered Betty.

Loading...
NTV’s Kobi Kihara Sends the Ladies Wild with PHOTO of her Ripped Gym Instructors < Previous
Woman Drowns in Hilton Hotel Swimming Pool After Night Out with American Boyfriend Next >
Recommended stories you may like: