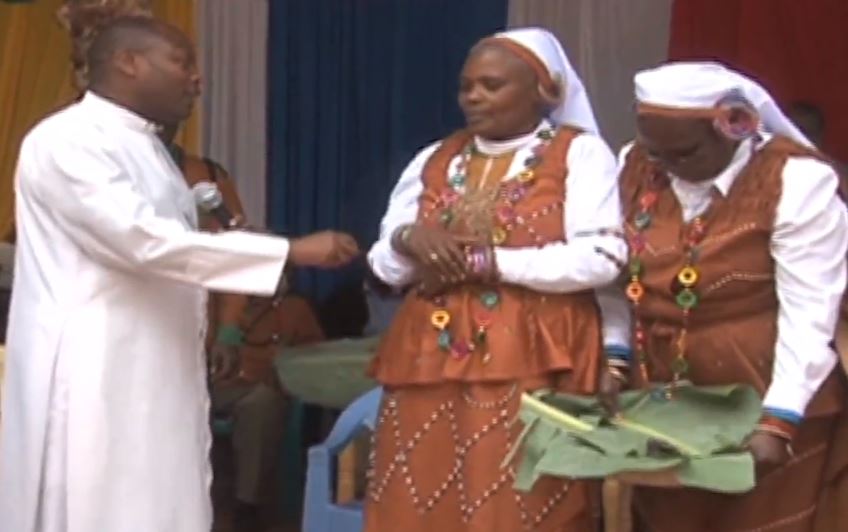 51 year old Sister Rose Wambui exchanged wedding vows with the church at Gititu Catholic Church in Tetu Nyeri County. She took a vow to live in the church and dedicate her life to christ’s mission.

The ceremony was conducted by Kikuyu elders, with Father Boniface Murage taking the position of the husband on behalf of the church.

As part of the vows and in accordance with the Kikuyu tradition, a male sheep was slaughtered. The sheep’s ear indicates that the Sister will always listen to the church, the intestines indicate that the sister will never leave the church to starve, the ribs symbolise protection and the liver to symbolise real love.