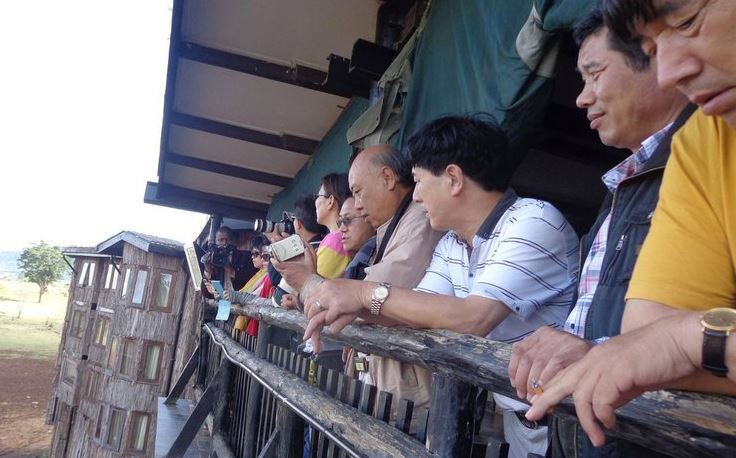 A shocking incident at the Maasai Mara left one dead and another injured after a Chinese tour guide stabbed a Chinese couple in a scuffle over a dining table.

The tour guide stabbed both the man and his wife with a knife, killing the woman. The husband survived the ordeal with injuries.

The tour guide and the couple are said to have argued over the occupancy of a dinner table in the Monday night incident at Keekorok Lodge.

The assailant, identified as Lee Changqin, is said to have demanded that they leave their table, insisting that he usually sat at that table.

Drawing a knife from his pocket, the guide stabbed the woman twice in the chest and ribs. She succumbed to the injuries as she was being rushed to Sikinani Health Centre.

The incident shocked more than 100 tourists who were having dinner prompting them to scamper for safety.

The suspect was arrested and taken to Narok Police Station.

Loading...
“I am Not Interested in the IEBC Job”- Says Wabukala < Previous
Man Commits Suicide by Jumping from 15th Floor of Pension Towers Next >
Recommended stories you may like: