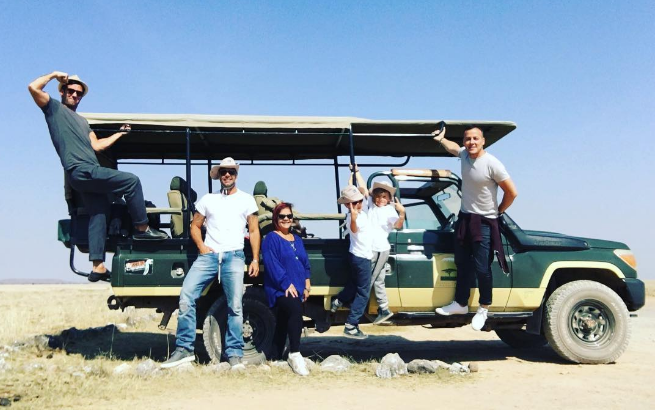 Another high profile celebrity has made Kenya his vacation destination!

The “Livin’ la Vida Loca” hitmaker posted pictures on his Instagram while at the Amboseli national park earlier this week.

On Thursday, he flew out to neighbouring Tanzania

The 44 year old singer who doubles up as an actor is seen in the photos in the company of his two sons, Valentino and Matteo, and his boyfriend Jwan Yosef. 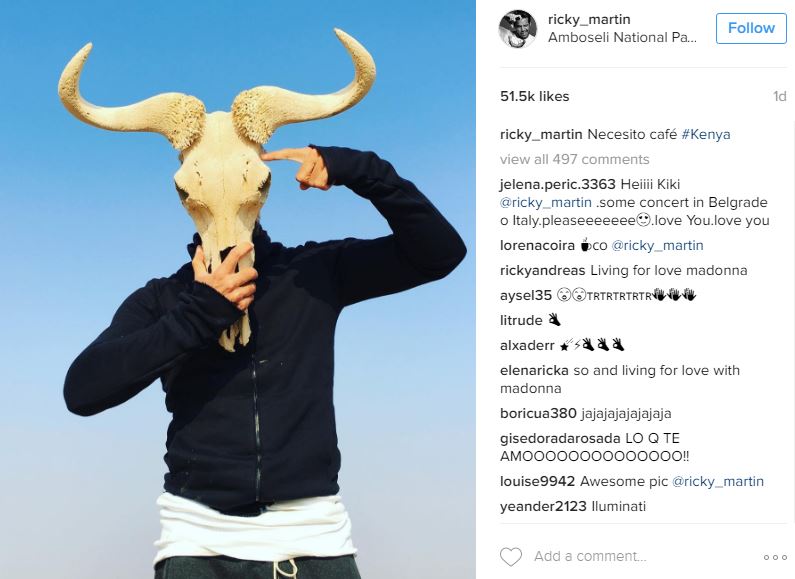 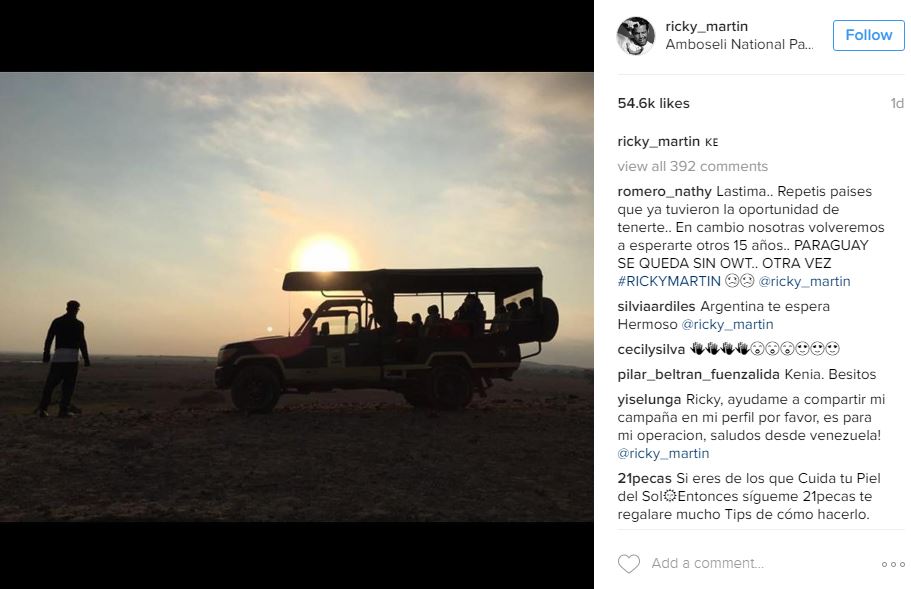 Loading...
RAW VIDEO: Burglars Caught on Camera Robbing a House in Roysambu < Previous
The Ruins of Athens: Greece Olympics Venues Have Turned into Modern Day Ruins Next >
Recommended stories you may like: