POLL: Should Kibaki be Blamed for Seeking Treatment Abroad? 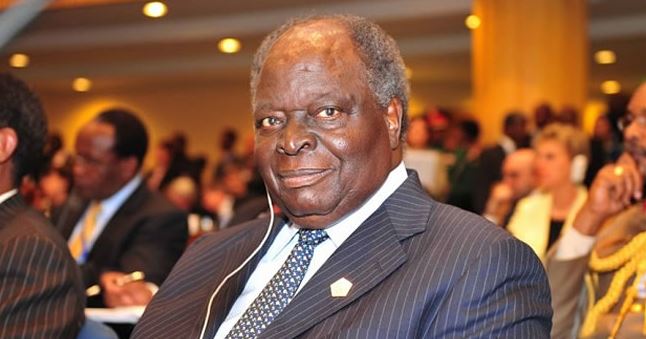 Retired President Mwai Kibaki was on Sunday flown to South Africa for treatment. Kibaki was rushed to Karen Hospital on Saturday but the family made the decision to have him treated abroad.
It was reported that he suffered a stroke.

Kibaki rushes to SA for treatment. Proof that he failed to enable local access to affordable and comprehensive medical care.

He was finance and health minister, Vice President then President for 10 years. He FAILED to improve our healthcare. pic.twitter.com/cDhysG29AY

It is unclear whether Kibaki flying out had anything to do with lack of expertise or equipment. Karen Hospital, Nairobi Hospital and others in the same league are able to offer an assortment of specialized treatment, so it’s also possible privacy plays a role when ‘big’ men are deciding to seek treatment outside. For instance, Karen Hospital was flooded with journalists on Sunday.

Moi left the country in a very bad state, and even the current government is still undoing what Moi and his circle of thieves did to the country. By many accounts, Kibaki did a good job restoring infrastructure and systems.
Do you think it is fair to blame him for the perceived failure of our medical system?

Loading...
Check Out the Multi Million Crib Jaguar has Built in his Rural Home (PHOTO) < Previous
Hilarious Meme Compilation (Tuesday August 23) Next >
Recommended stories you may like: