Google has constantly been named the best company to work for, and with good reason. The perks and facilities given to its employees, especially at its ‘Googleplex’ campus in California, are everyone’s envy.

It feeds its employees three gourmet meals a day for free, on top of other crazy perks like yoga classes and massages.

Some time back, Business Insider was granted a tour of the campus and came back with these photos.

The Google campus is located in a quiet town called Mountain View. 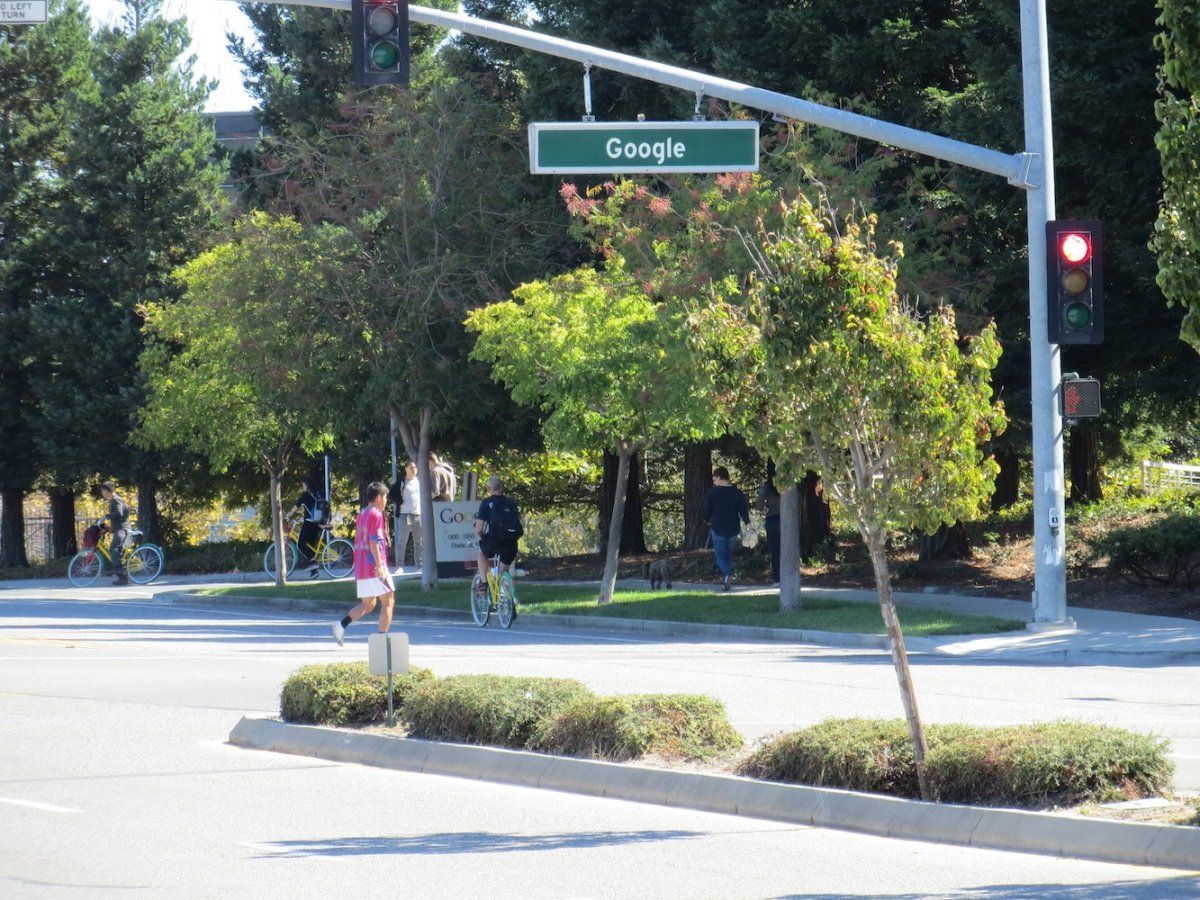 Here’s the main front entrance to the three buildings at the heart of the campus. This spot was featured in the movie about Google called “The Internship,” shot at the Googleplex. 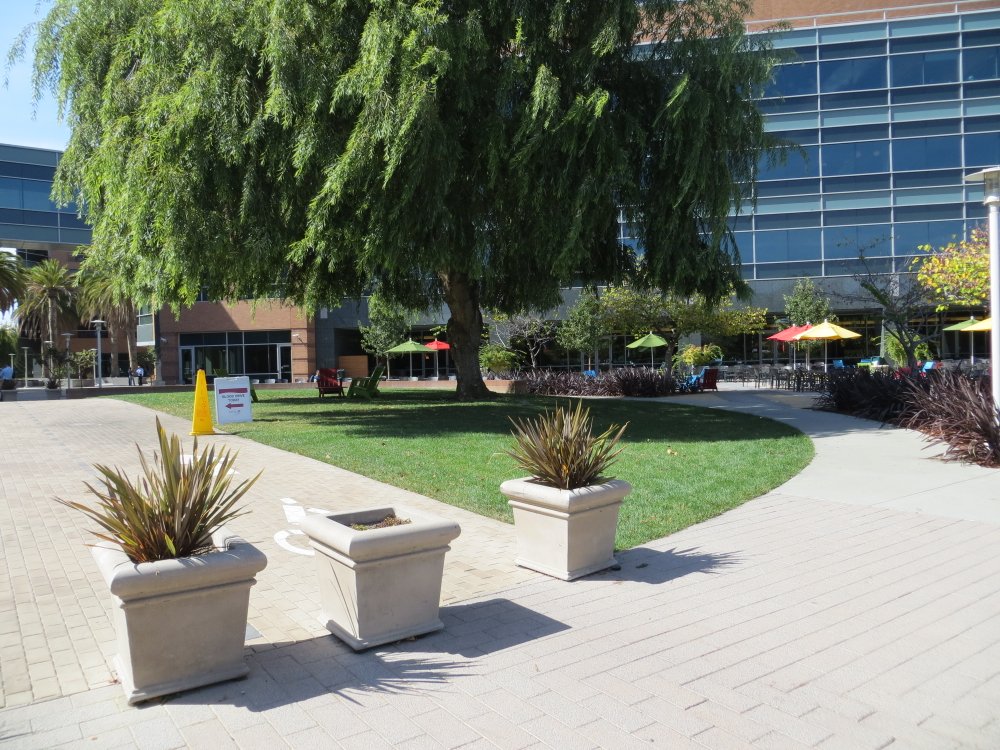 Here’s the volleyball court in the center of campus. It was also featured in the movie. 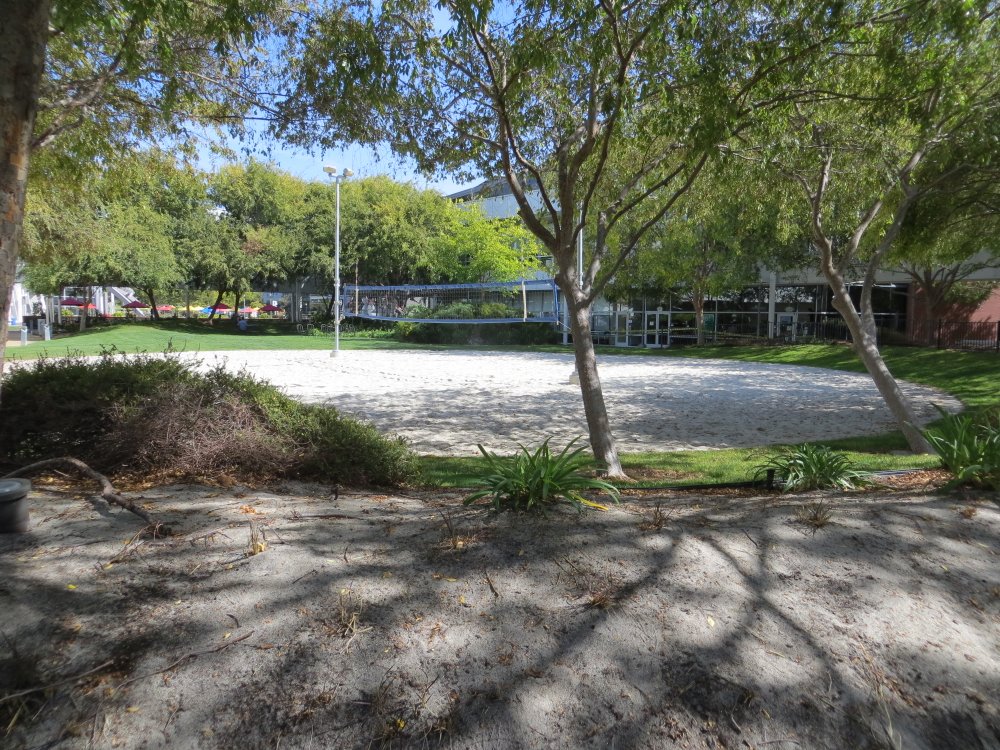 Google’s color scheme is primary colors, used on everything, like these free campus bikes. Employees can use them to ride around the ‘Plex. Don’t want to ride? You can let these valets fetch and park your car for you. 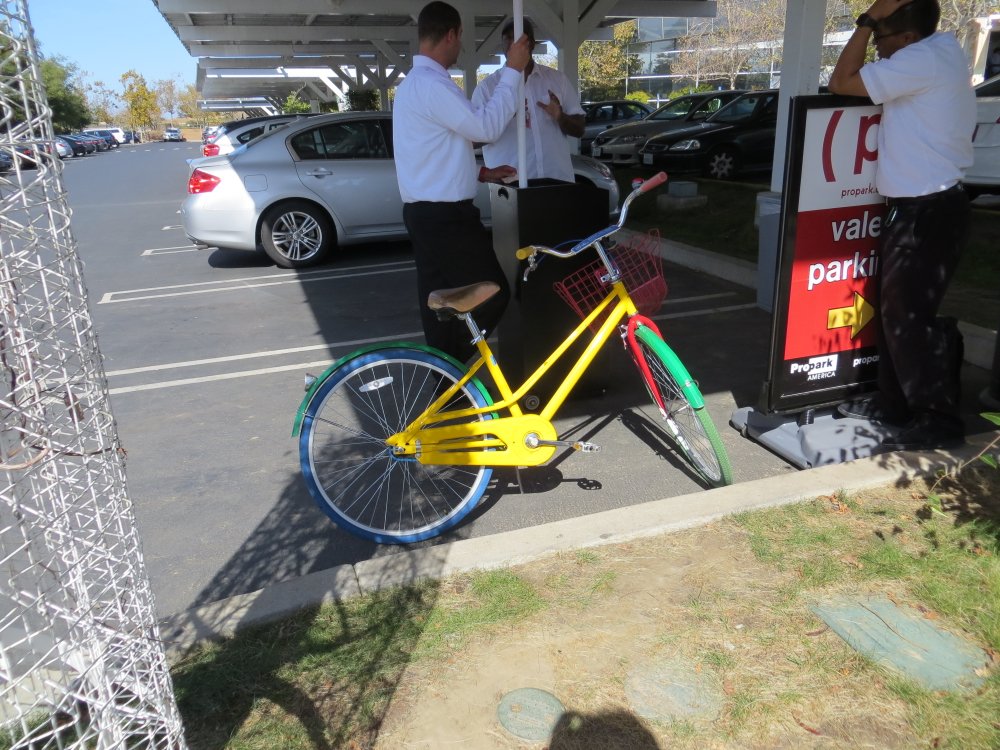 Here’s where they invented Google Glass. 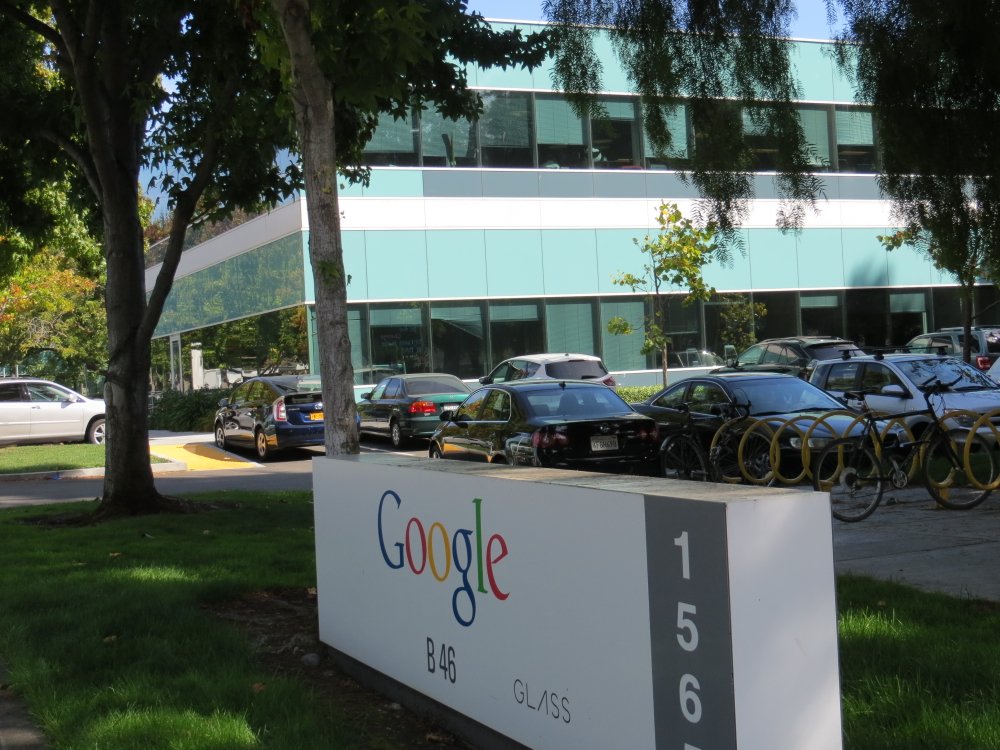 Here’s where they create the Android operating system. There’s a statue for every version of Android, all named after sweet things to eat. 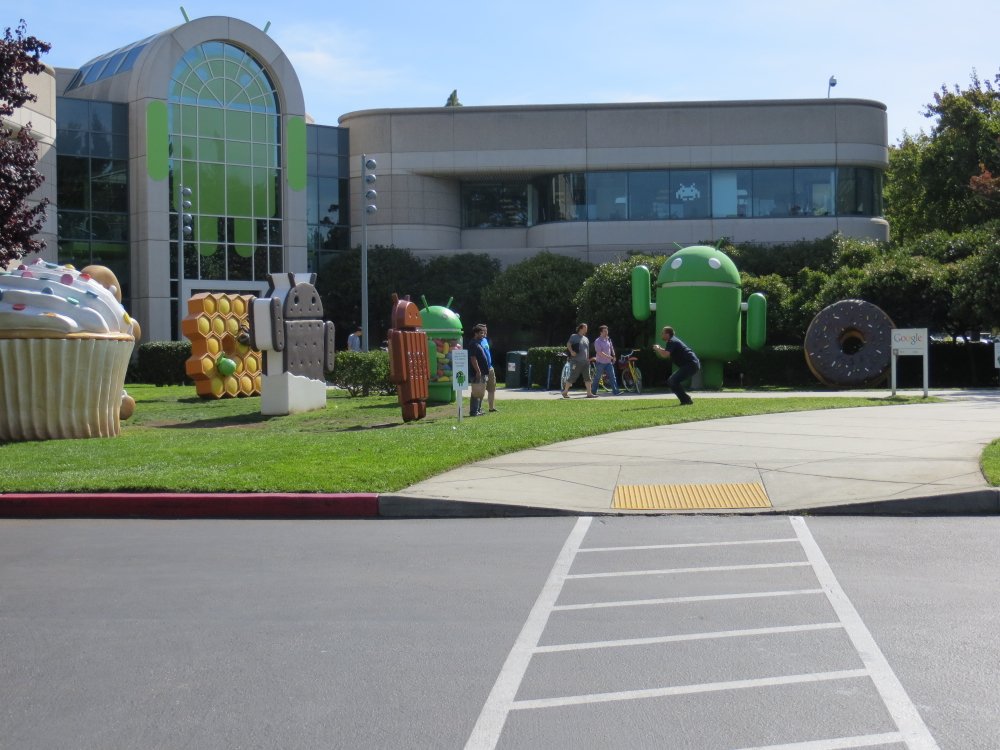 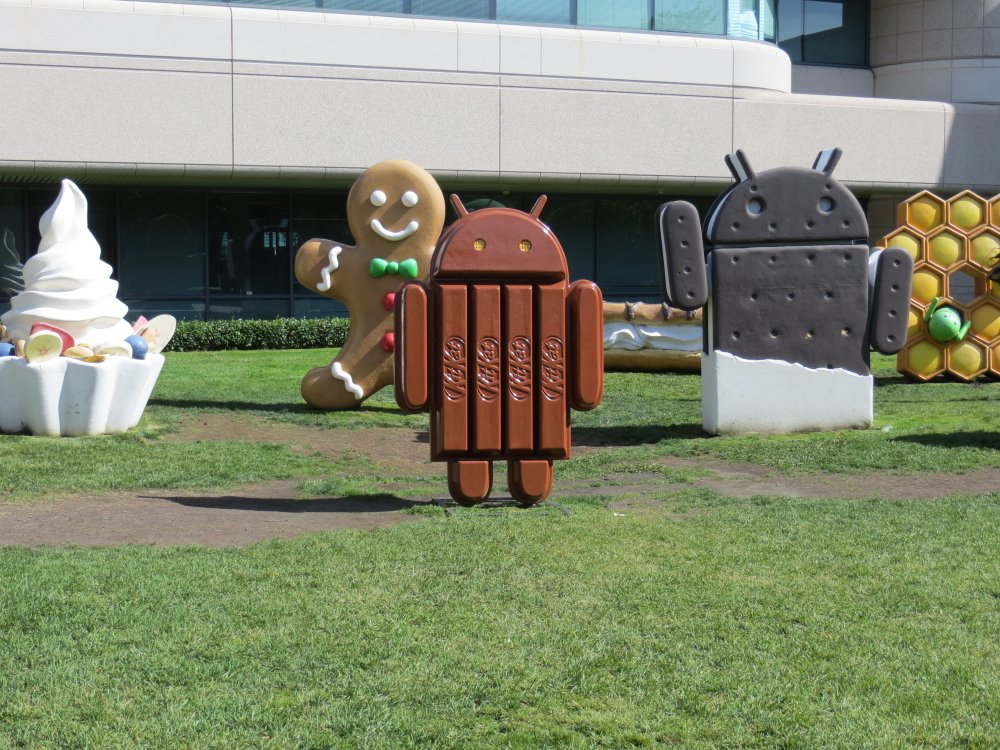 The Googleplex is a tourist attraction. There were lots of people wandering around taking photos. 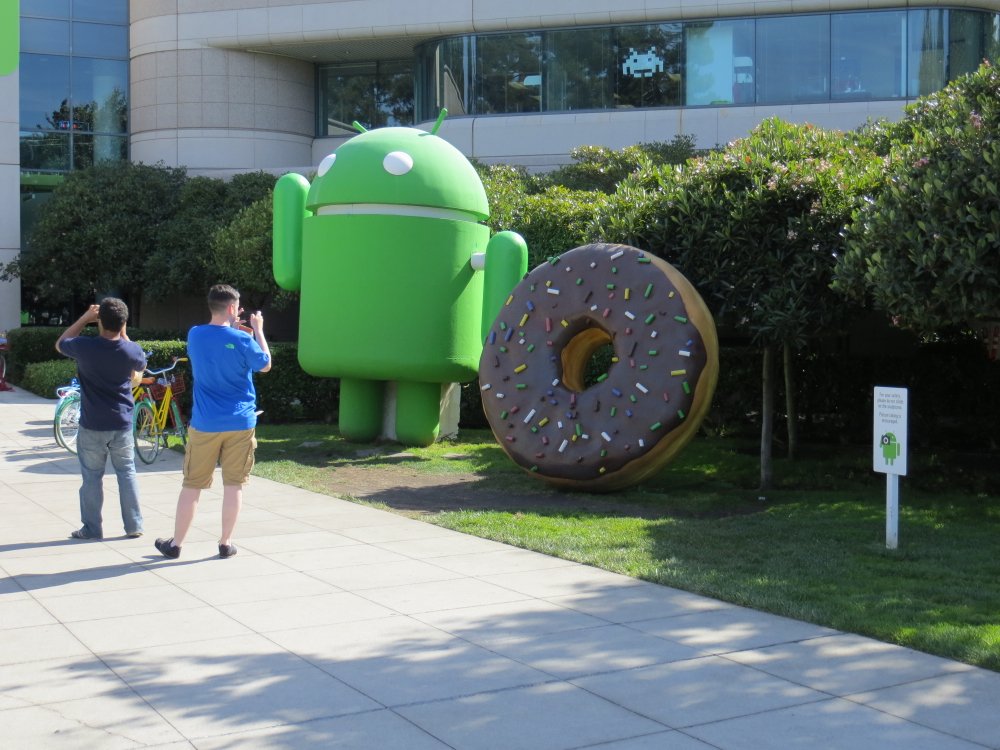 This is a massive Android statue peeking out of the Android building. Its eyes glow red when the sun sets, so it’s kinda freaky looking at night. 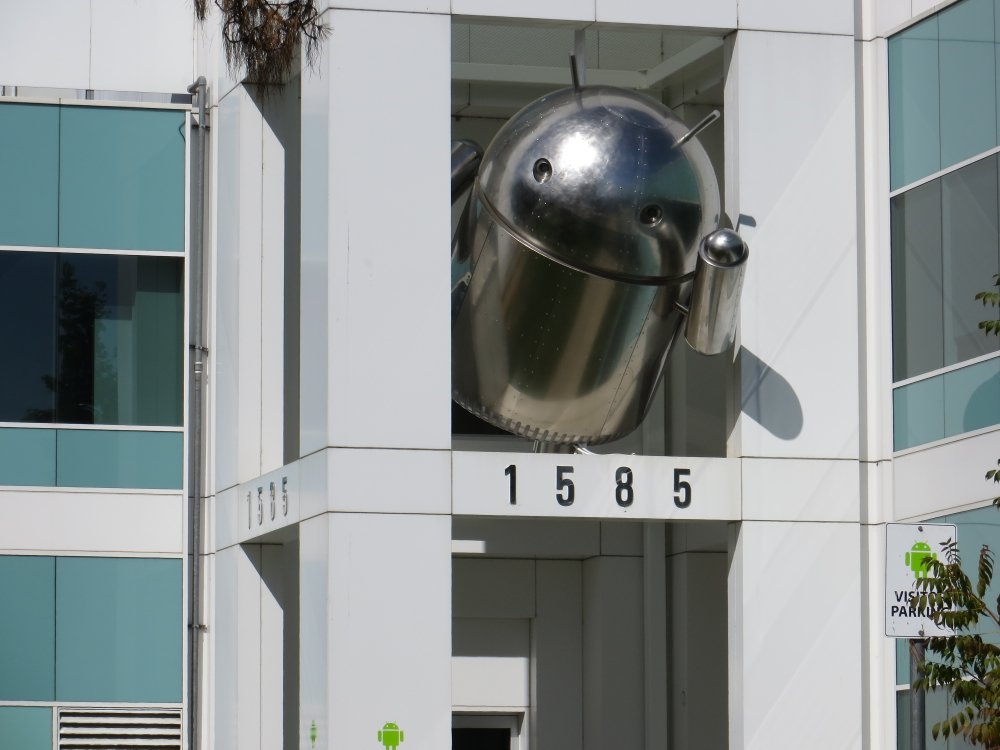 New Google employees are called “Nooglers” (pronounced “NEWglers”) This is the Noogler statue dedicated to them. 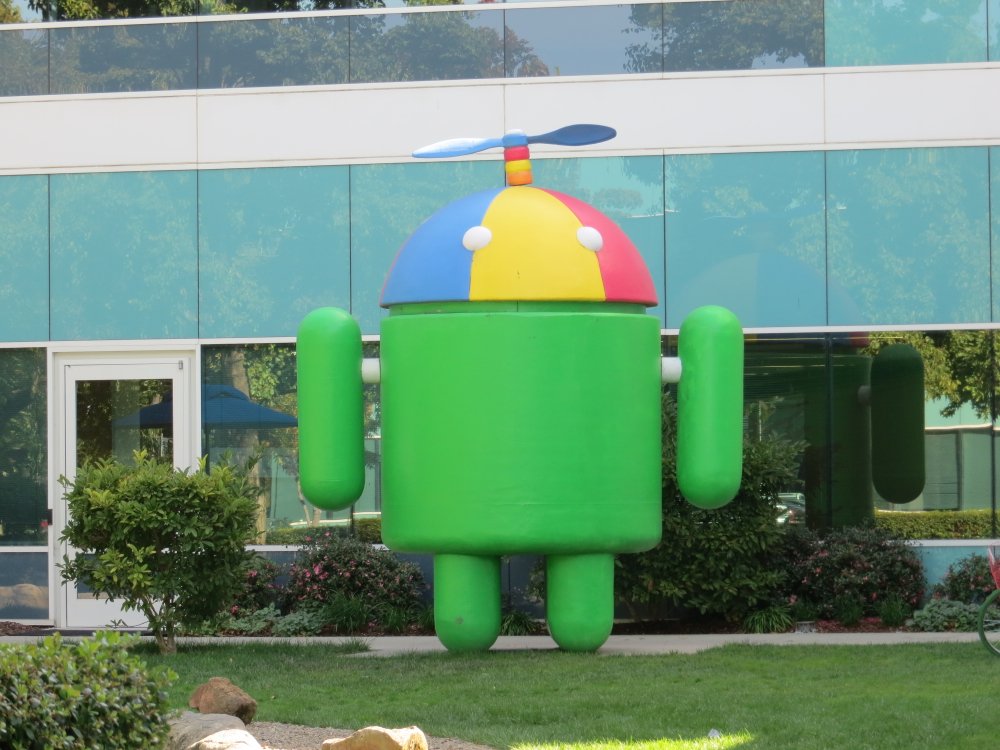 Public art is everywhere. Here are some very tall statues in front of the Android building. 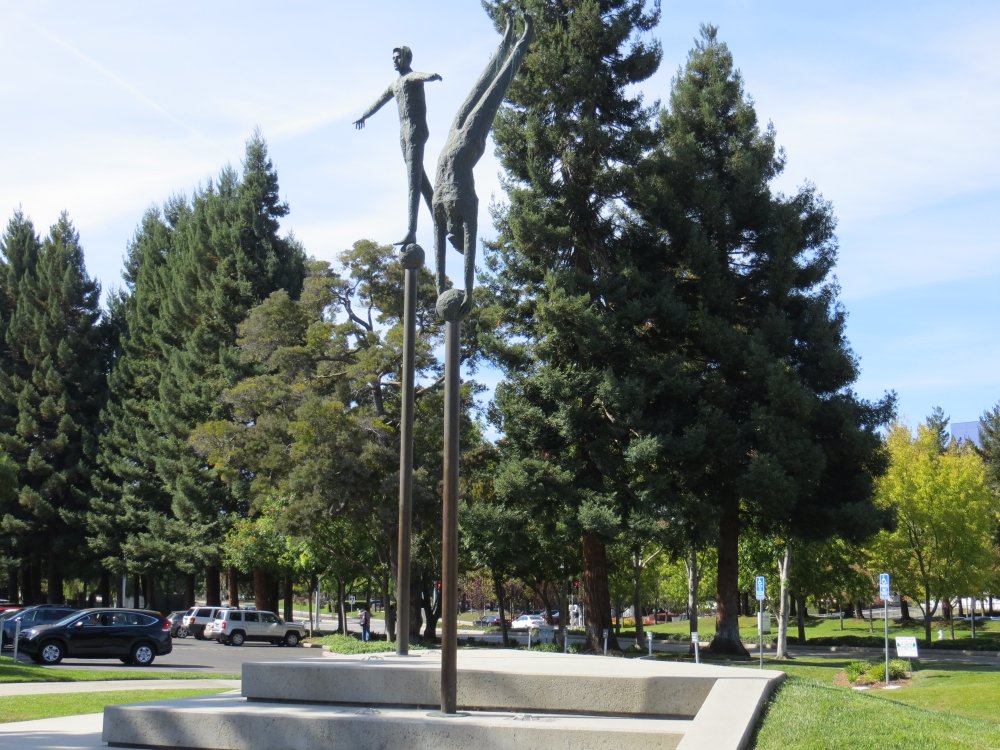 This is the famous Google dinosaur statue filled with twirling flamingos. The founders bought it to remind Googlers to stay creative and not let the company become irrelevant like a dinosaur. 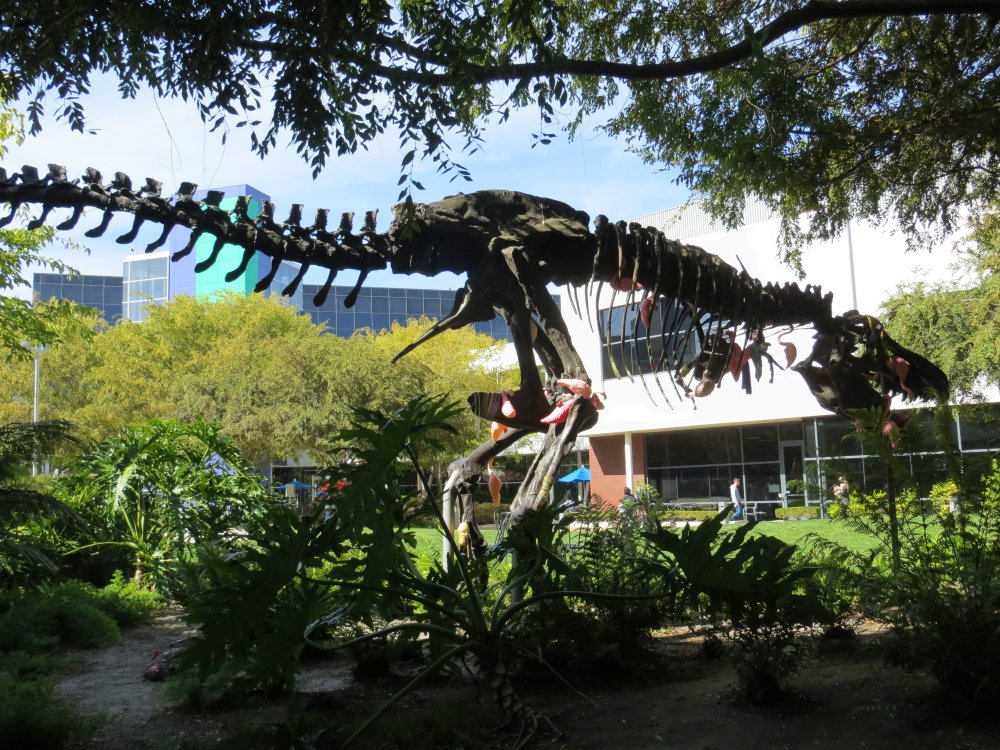 There is a statue garden in the main campus area filled with random busts meant to inspire. This is an effigy of Lloyd Bridges to honor his role in the 1960s TV show “Sea Hunt.” 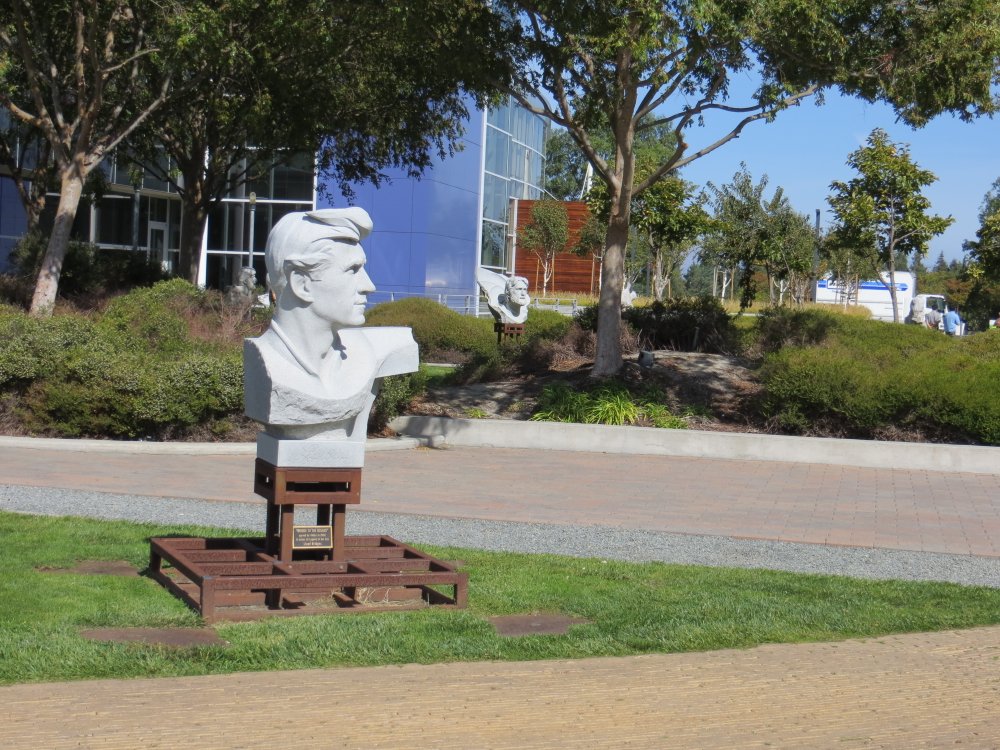 Google has two organic gardens on site. They grow veggies and herbs for the restaurants. 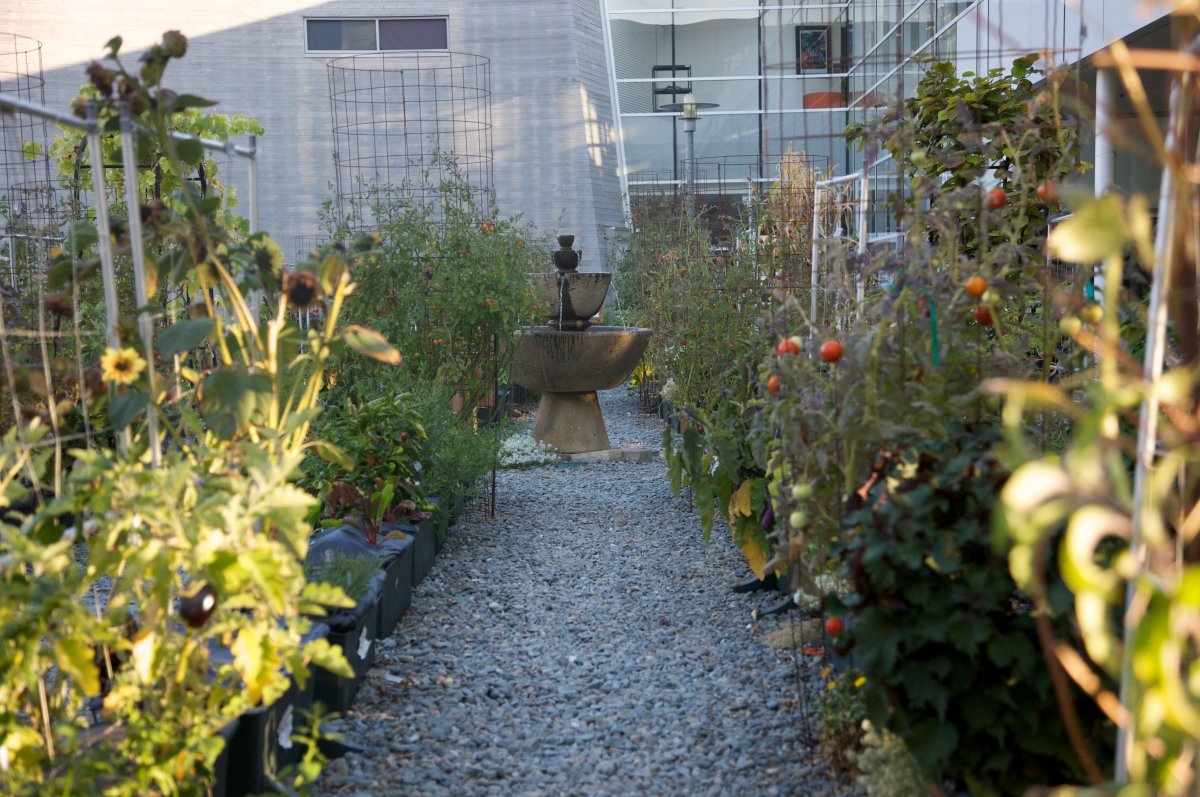 There gardens also have tables and chairs as a quiet meditative spot for employees. 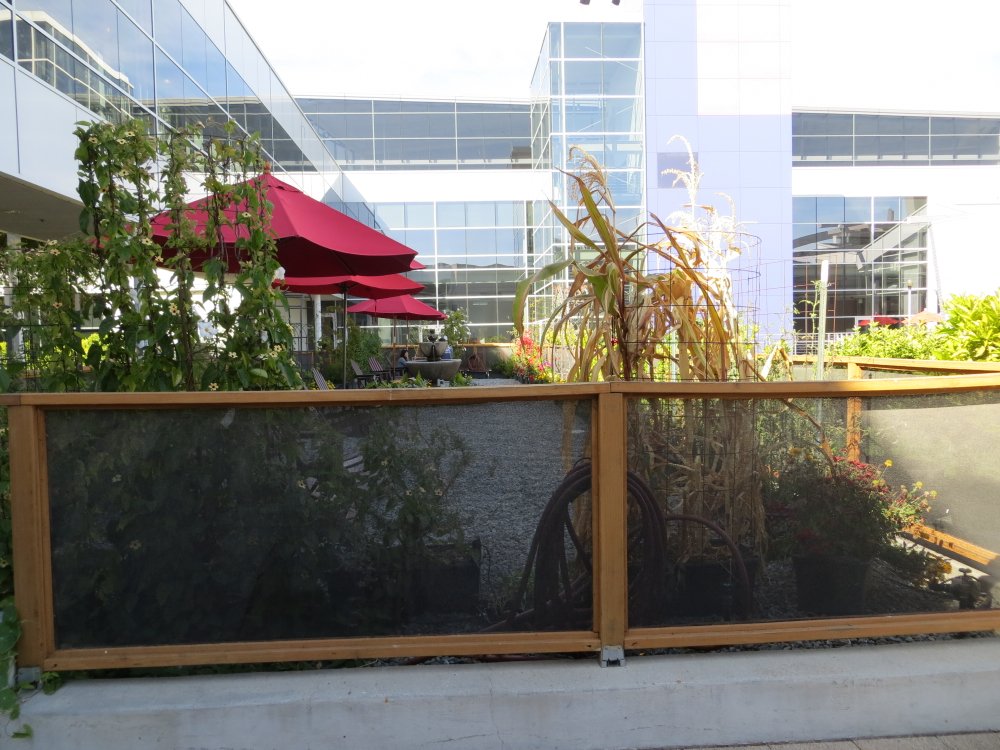 This is perhaps the most famous, familiar view of the Google campus, the outdoor cafeteria with colorful umbrellas. 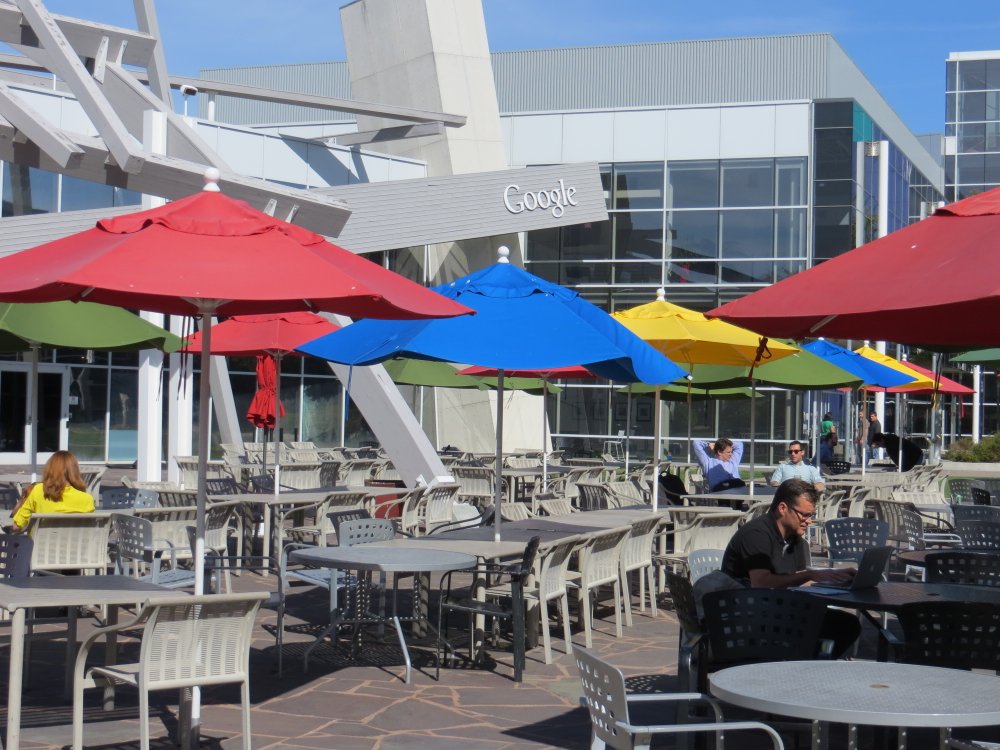 A lot of employees commute every day to the ‘Plex. Electric cars are everywhere and so are electric charging stations. 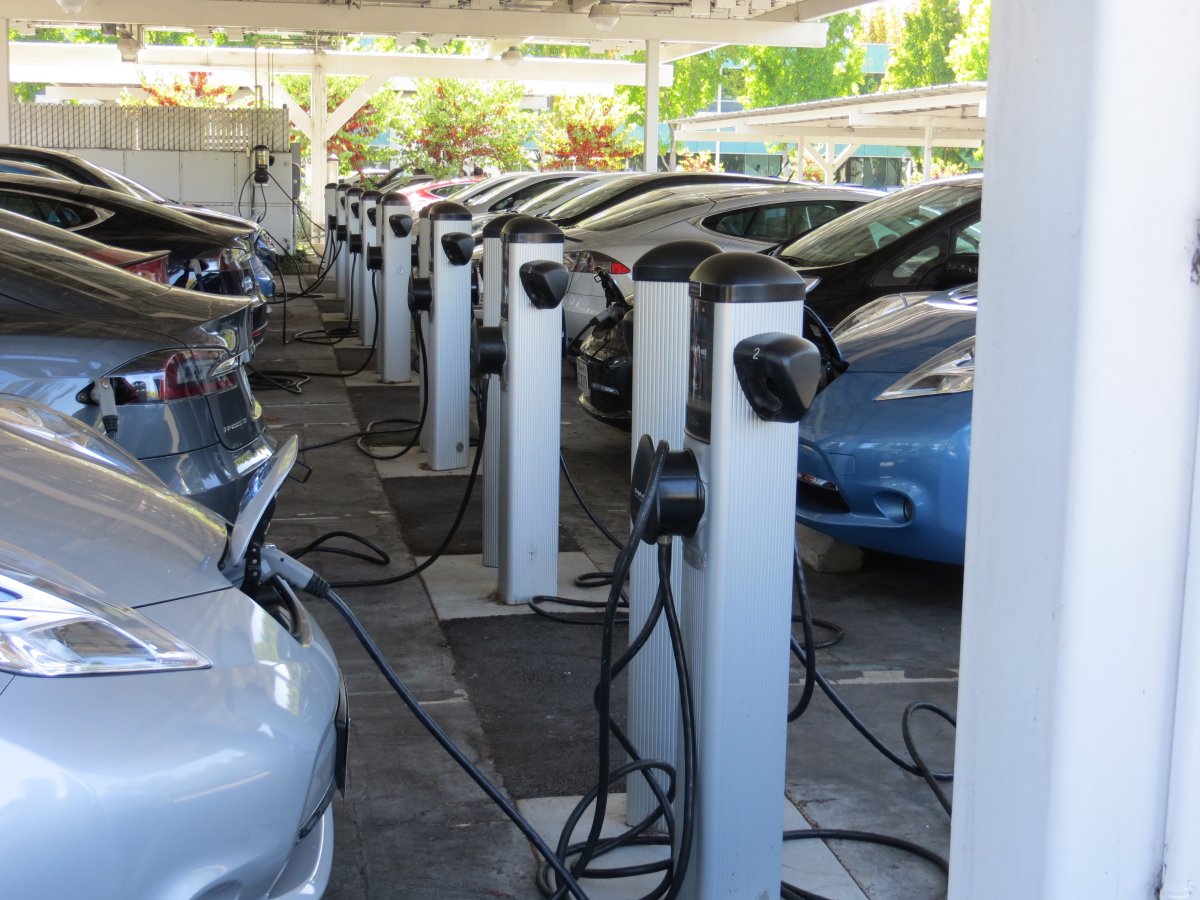 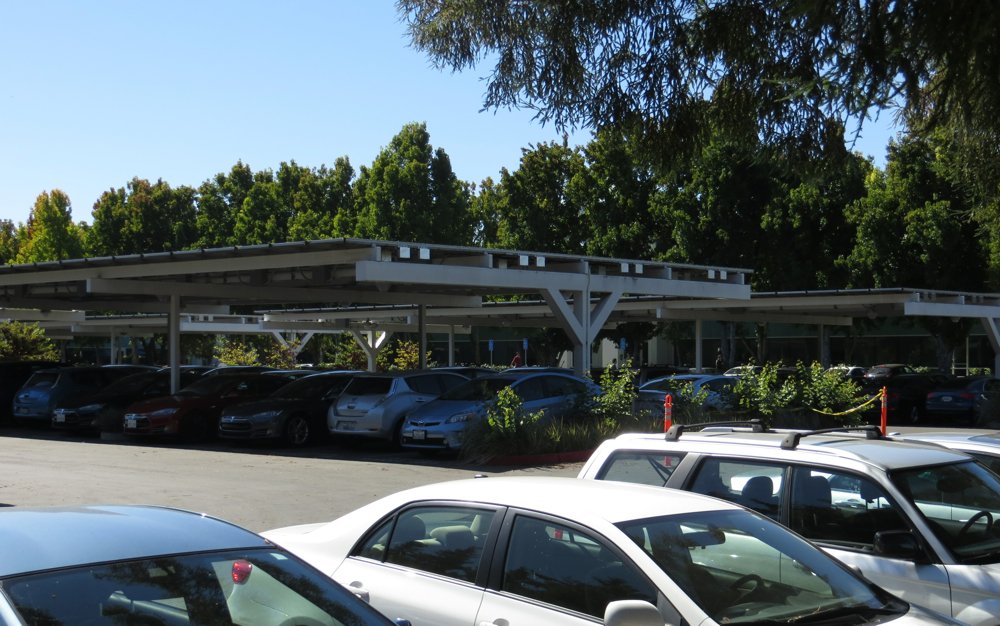 The parking lot was filled with Tesla electric cars. Rows of them. 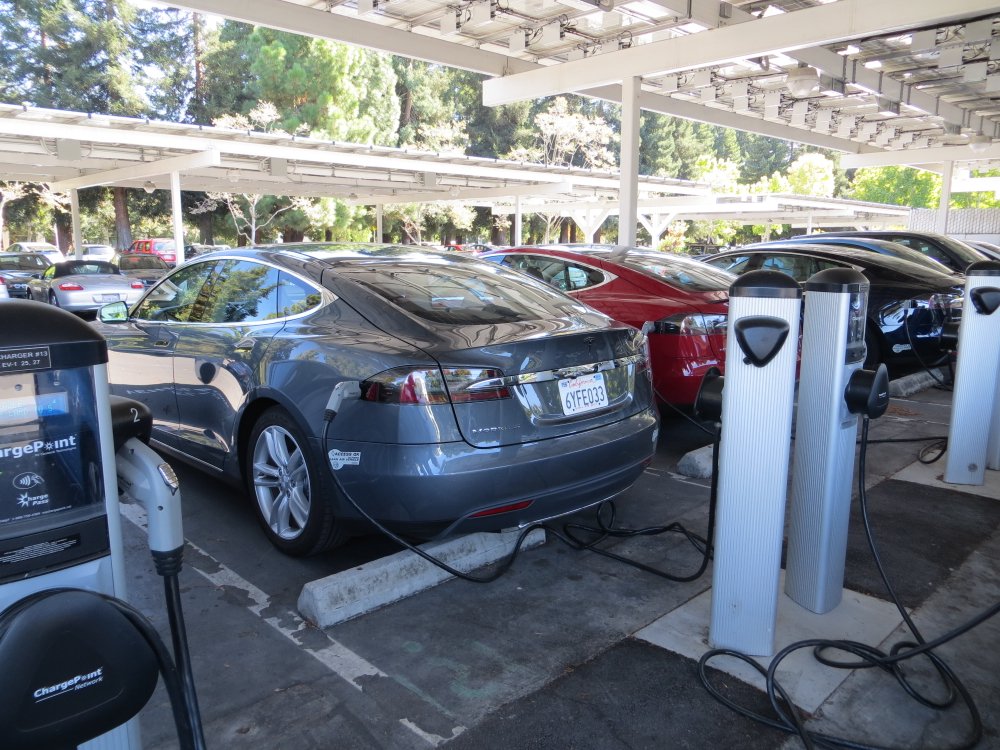 Inside the Google logo is EVERYWHERE. On the walls. In the elevators. On all the beverage coolers. So are logos, statues, artwork of other Google products. While at the ‘Plex you can never forget you’re in Google’s world. 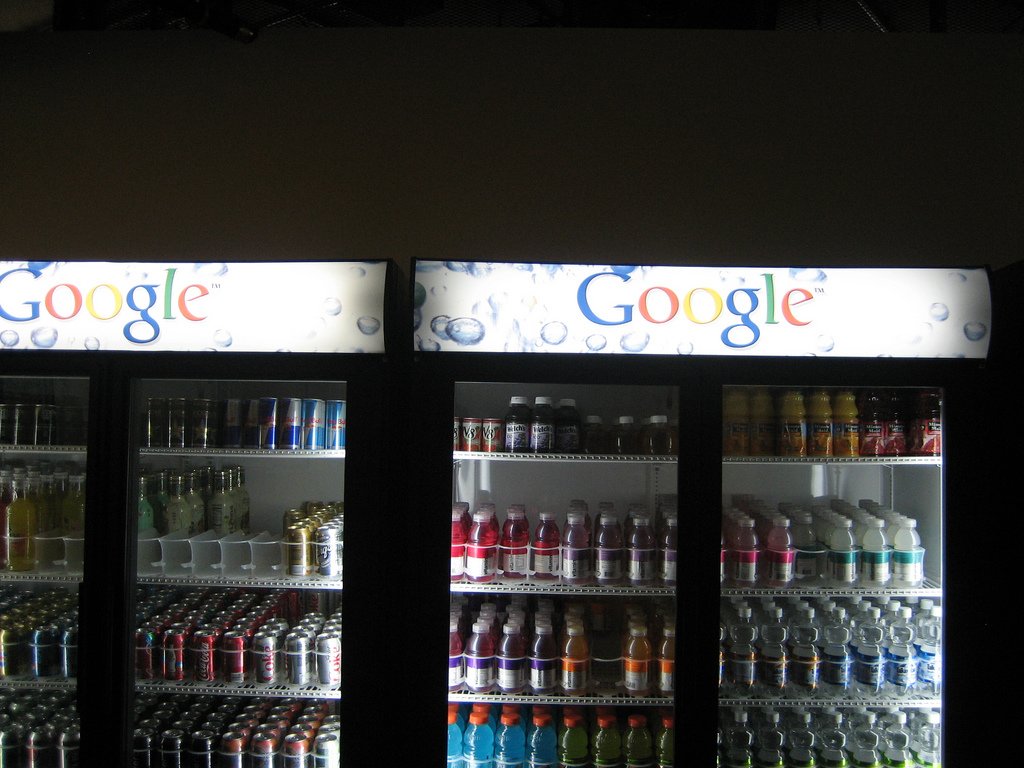 This was one of the few indoor pics we were allowed to take in the Chrome building. Note the Chrome artwork on the walls. This is Caesar Sengupta, VP of Chromebooks with a Pixel notebook. 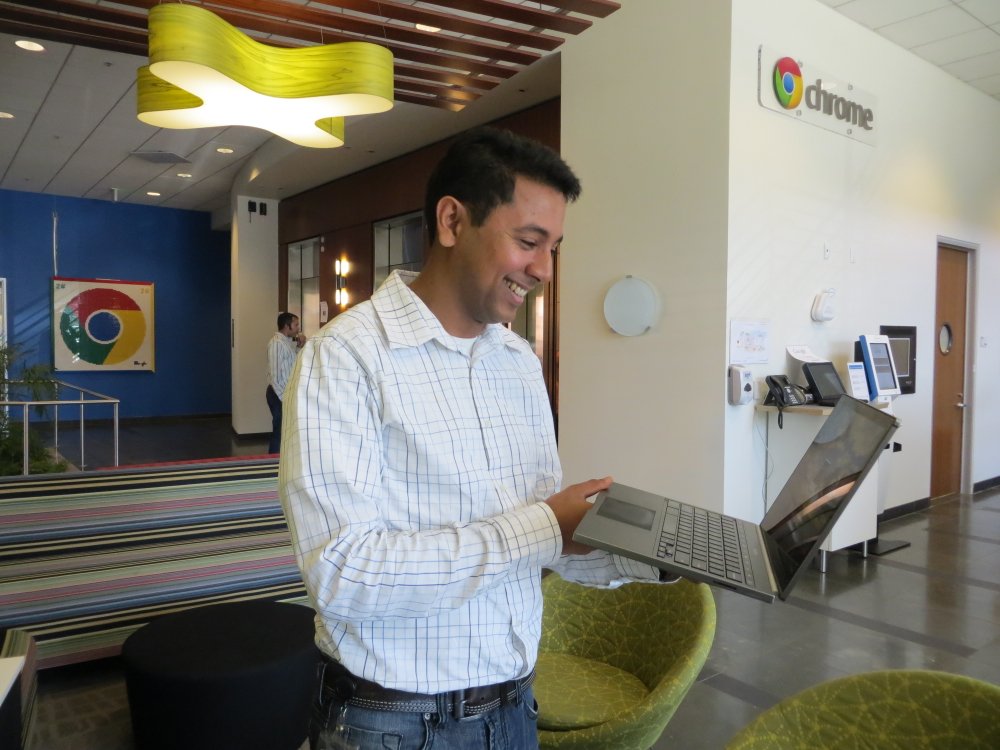 A ‘nap pod’, where employees can work or sleep. 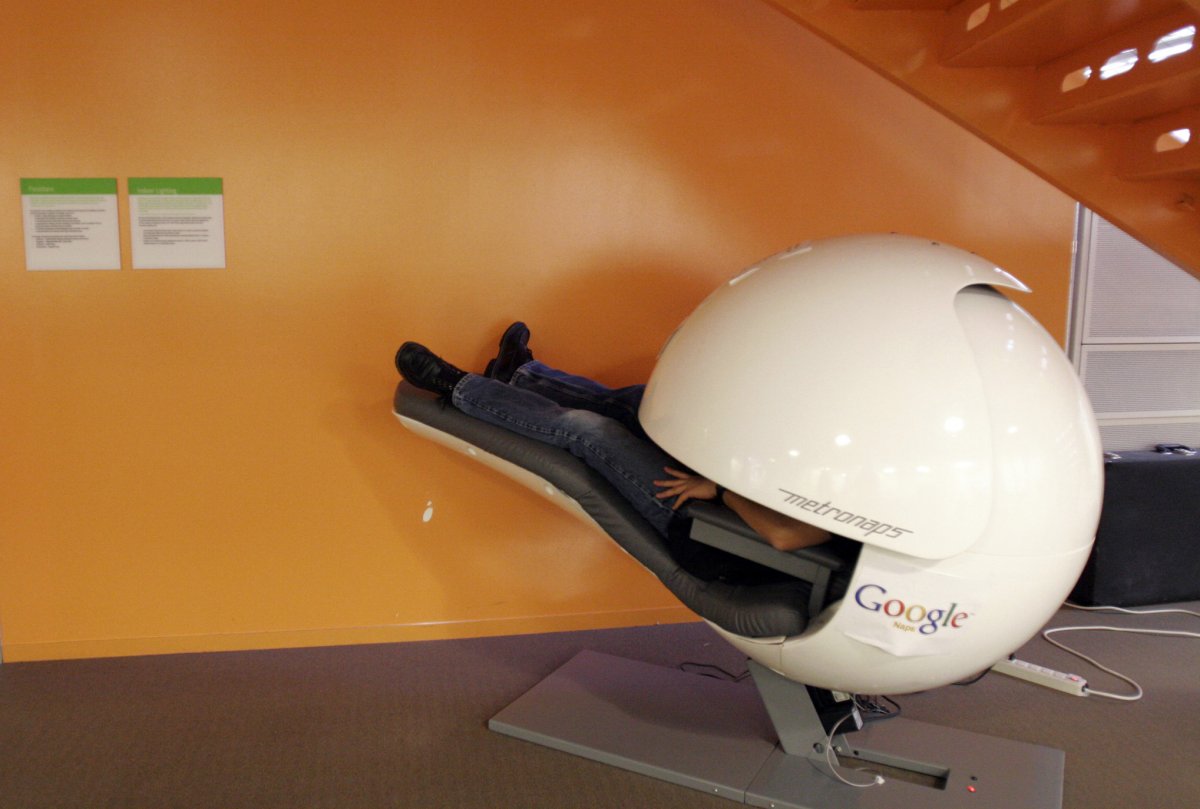 There are multiple fitness centers on campus. 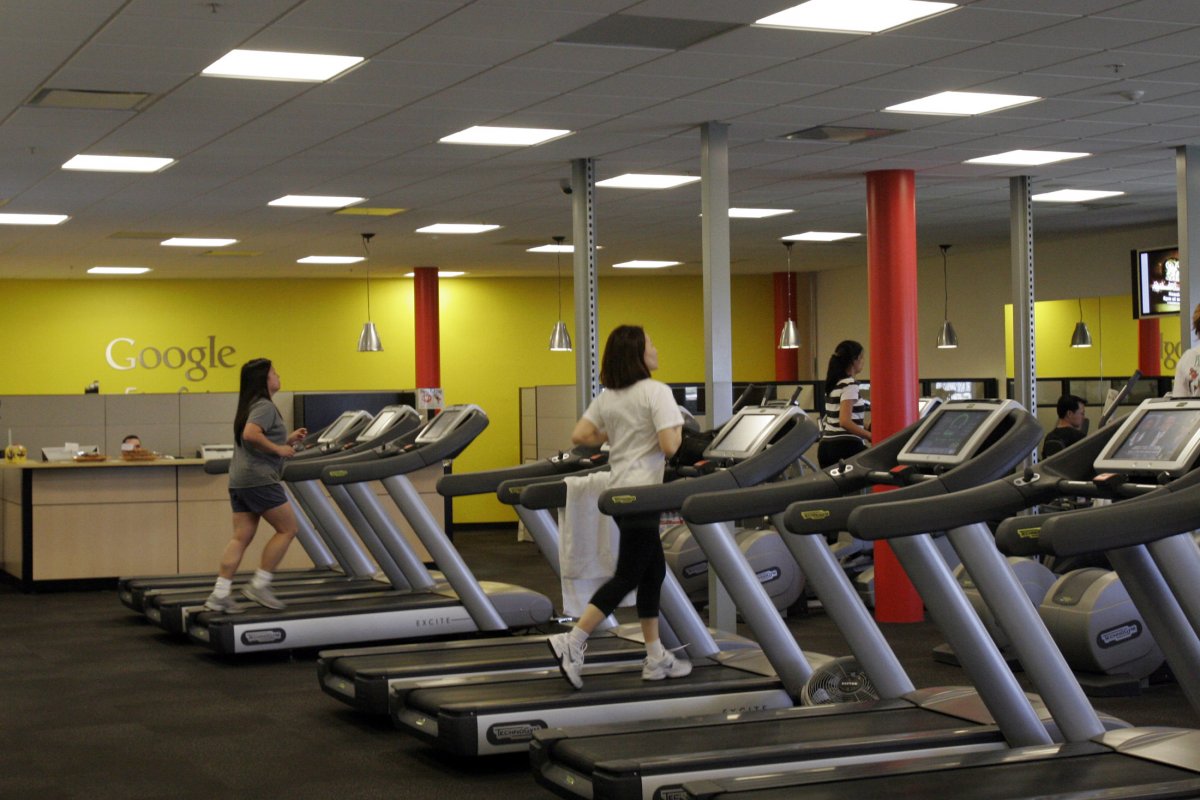 One of the massage rooms 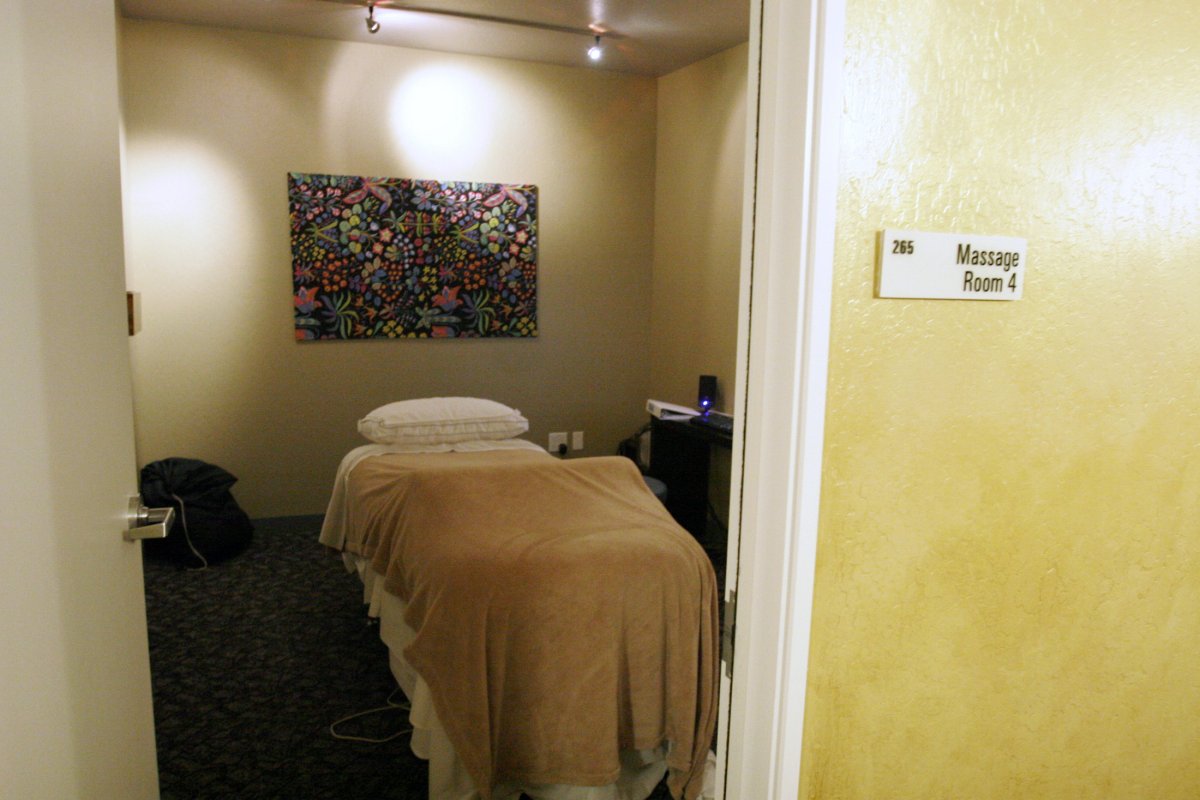 Here’s one of the micro-kitchens located everywhere. Employees don’t have to bring their own lunch, much less cook it. They get breakfast, lunch and dinner for free at various campus restaurants. 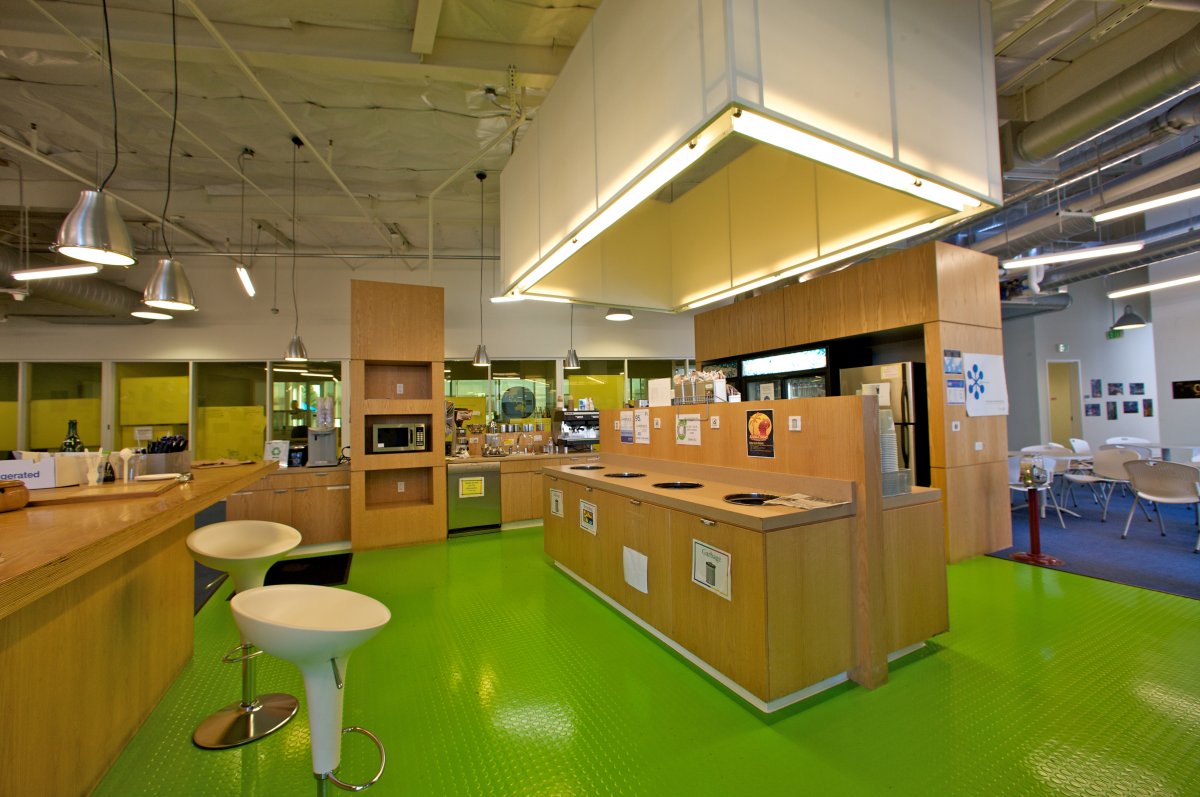 Loading...
RAW VIDEO: Former KANU Chairman Jackson Kibor Cuts Kanjo’s Clamp and Drives Off < Previous
Nail-biting VIDEO of a Watermelon Explosion in Slow Motion Next >
Recommended stories you may like:

A Complete Guide To Making An Investment in Bitcoins!

Crucial Facts About Bitcoins That You Need To Know About!

How Bitcoin Network Works, and How is it Secure?
Loading...
The Latest