‘Laziness is a Sign of Intelligence.’ Researchers Find Out 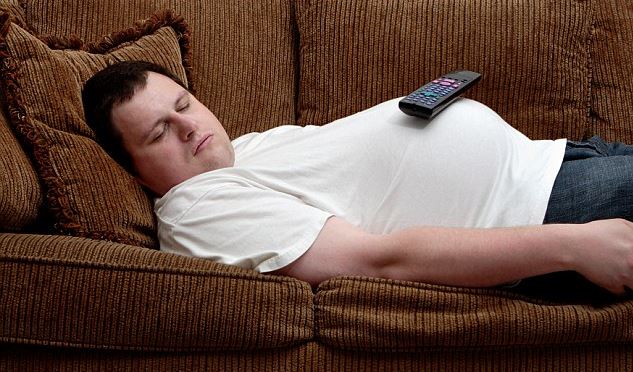 Do you find yourself binge watching whole seasons of  TV shows in one sitting? Or maybe taking naps during the day? That may be a sign of your intelligence.

A new study reveals that intelligent people live a more sedentary lifestyle, as they rarely become bored and spend more time lost in their own thoughts.

Researchers from the Florida Gulf Coast University have found that those who fill their day with physical activities are more often ‘non-thinkers’ and do so to stimulate their minds in order to escape their own thoughts.

In the study published by the Journal of Health Psychology, the researchers explain that ‘the relationship between cognition and physical activity is an important question for the human experience, and the interaction likely extends across the lifespan.’

The researchers were also working with previous works, for instance a past study that found people deemed ‘non-thinkers’ to be bored much easier.

Those with high ‘need for cognition’ appeared to avoid this behavior because they were able to provide their own mental stimulation.

The team at Florida Gulf Coast University tested a group of students for their study, using a tool that has been around for three decades.

This ‘Need for Cognition’ questionnaire rates people with how strongly they agree or disagree with statements such as ‘I really enjoy a task that involves coming up with new solutions to problems’ and ‘ I only think as hard as I have to’.

To understand if laziness is a sign of intelligence, the team selected 60 undergraduate students from Appalachian State University in Boone, North Carolina.

Half were deemed ‘thinkers’ and the other ‘non-thinker’s – these labels were given to individuals after they completed the Need for Cognition test.

Each individual was then given an ‘actigraphy device’ to wear over the next seven days .

This allowed the team to monitor the 60 students’ movement and activity levels and received a stream of data to analyze.

After the seven days, the team compiled the pulled samples and found the ‘thinkers’ were much less active than the ‘non-thinkers’.

ARE YOU A THINKER OR NON-THINKER? : TAKE THE ‘NEED FOR COGNITION TEST’

1. I would prefer complex to simple problems.

2. I like to have the responsibility of handling a situation that requires a lot of thinking.

3. Thinking is not my idea of fun.

5. I try to anticipate and avoid situations where there is likely a chance I will have to think in depth about something.

6. I find satisfaction in deliberating hard and for long hours.

8. I prefer to think about small, daily projects to long-term ones.

9. I like tasks that require little thought once I’ve learned them.

10. The idea of relying on thought to make my way to the top appeals to me.

11. I really enjoy a task that involves coming up with new solutions to problems.

12. Learning new ways to think doesn’t excite me very much.

13. I prefer my life to be filled with puzzles that I must solve.

14. The notion of thinking abstractly is appealing to me.

15. I would prefer a task that is intellectual, difficult, and important to one that is somewhat important but does not require much thought.

16. I feel relief rather than satisfaction after completing a task that required a lot of mental effort.

17. It’s enough for me that something gets the job done; I don’t care how or why it works.

18. I usually end up deliberating about issues even when they do not affect me personally.

Loading...
The iPhone Screen That Heals Itself. This Protector Repairs Scratches in Seconds < Previous
‘The Worst Day in Earth’s History.’ Experts Shed Light on Doomsday Asteroid That Wiped Out 75% of All Species Next >
Recommended stories you may like:

Wilbroda Opens up About her Miscarriage and Postpartum Depression

How Will Owning A Dog Change Your Life?
Loading...
The Latest