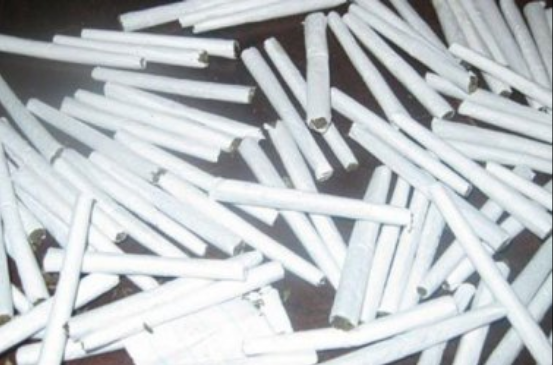 A form 3 school girl who was arraigned in a Meru court on Friday, July 29, 2016 after being caught with rolls of bhang has been released.

The Munithu Secondary School Form Three student was remanded since Friday at Meru Police Station. The magistrate directed a probation officer to present a report before a ruling can be made.

However, after probation officer Eusebio Mwangi informed the court on Monday that the report was not ready, the magistrate released the student.

Magistrate Abuya warned the student against repeating the offense, saying she would be imprisoned if found smoking bhang within one year.

Christine was caught with rolls of bhang packed in a geometrical mathematical set.

A half smoked roll, a match box and a mathematical geometrical set where she had stored the rolls were tabled in court as exhibits.

She accepted the charge of being in possession of and smoking a roll of bhang at the school on Thursday, before she was arrested.

“It is true that I was smoking bhang. I requested my friend to give me some rolls so that l can puff and feel what she experienced when high. I did not mention to the teacher that my classmate had given me the rolls,” the girl was quoted in the report.

The student pleaded for leniency saying she was a first timer in using drugs and that she was from a poor home and was being sponsored to school by a well-wisher.

Loading...
Najib Balala: “I Will Not Vie for any Seat in 2017 Elections” < Previous
Newspaper Ad Selling ‘Jini’ for 30K Shocks Kenyans (PHOTO) Next >
Recommended stories you may like: