Ben Gethi’s Mother Cleared of Any Wrongdoing in NYS Scandal 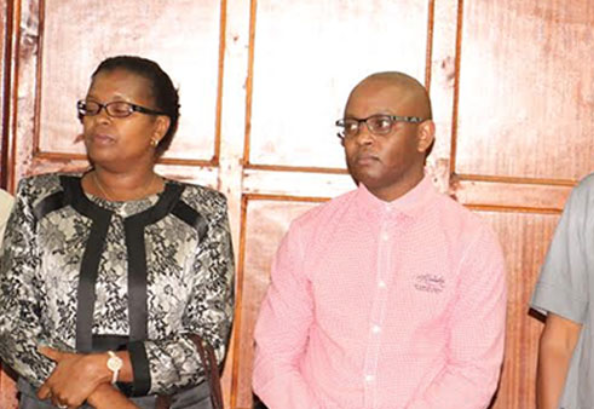 Ben Gethi’s mother has been cleared from the Sh791 NYS cash theft case after investigators failed to verify that her property was acquired through stolen money.

Charity Wangui was further awarded costs by Justice Lydia Achode for being dragged into the scandal.

“By consent of parties, Wangui is removed from these proceedings as it has been established that she was not part of the dealings as alleged by the agency,” Achode ruled on Tuesday.

It was not specified how much money she would get.

Wangui had been accused of owning some of the property listed in a suit by the Assets Recovery Agency(ARA). She was among eight suspects thought to have purchased assets to launder the funds.

She denied being involved in the scandal saying that those who mentioned her only intended to embarrass her.

Ben Gethi is one of the main suspects in the multi-million shilling case. Assets Recovery Agency named his mother as a respondent alongside his sister Jedidah Wangari Wangui and others.

Loading...
This Nairobi Sponsor is Invading Mombasa on Friday Night < Previous
Top 10 Most Outrageous Quotes by Donald Trump Next >
Recommended stories you may like: