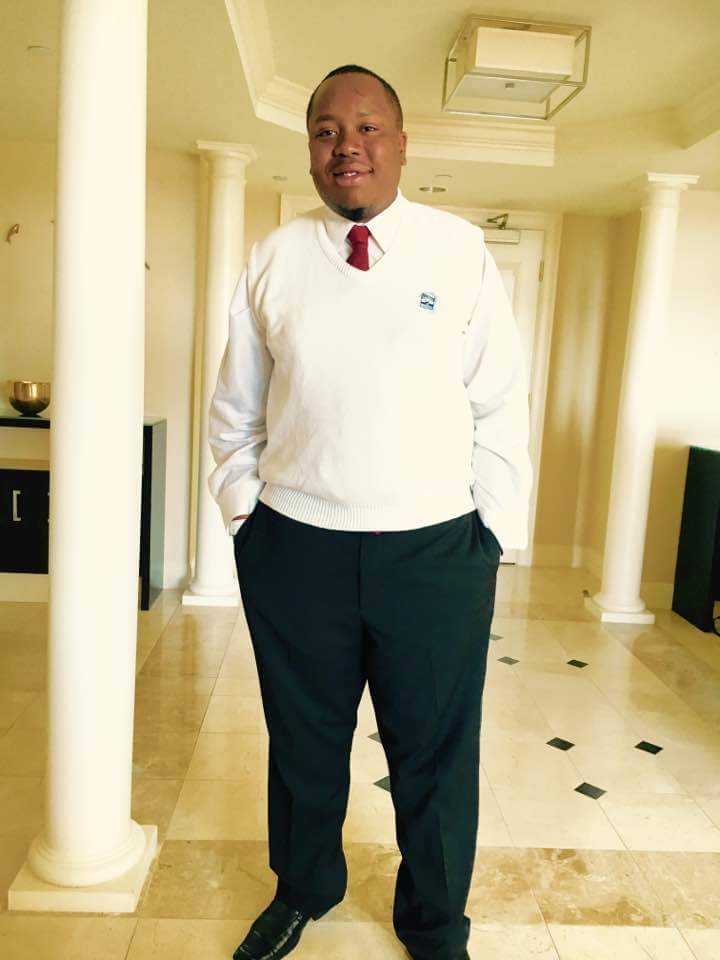 Despite what you may have heard, Africa and particularly Kenya is not lacking talent-wise in the music production business. We have some big names in the continent, the likes of Don Jazzy of Mavins Supreme Dynasty, and Raizer of Wasafi.

One Kenyan however stands out.

Keggah, the CEO of Beat Ya Keggah, may be based in the United States but he is doing incredible things back home. His record label has worked with bigwigs like Collo, Mejja, Kristoff, Khaligraph, Nonini among others. His credentials were cemented even further with the smash hit ‘Now You Know’ by Nyashinski.

At only 28 years of age, Keggah has achieved more than many will in a lifetime. He arrived broke and jobless in the United States (with literally 3 dollars), and went on to build an ’empire’. A few months ago he hit blog headlines with a yacht wedding that cost Sh10 million by his own estimation.

The prolific producer sat down with TVC’s Adam Maina for this interview. Prepare to have your mind blown.

Who is Beat Ya Keggah?
Beat Ya Keggah or BYK is a Boston-based record label with continental coverage spanning the United States and a good chunk of Africa owned by Keggah Music. We have a host of A-List artistes under our umbrella; we’ve worked with every A-list celebrity and have millions of songs ready to be released… and a bunch of other talented artists I knew back at Harvard. Internationally, we’ve worked with the A list of Nigeria and almost every artist worth naming in Uganda and pretty much every top musician in Kenya. We made the songs your hearing now in Kenya years ago.

You recently held a flashy wedding aboard a yacht with a few selected friends. How much exactly did it cost?

Well, weddings are about celebrating the love between you and your spouse and making it a life-long memory between the two love birds, so you really can’t put a price on that. Love is priceless. But yes, we had an invite-only wedding on a yacht, so if I’m being honest, it’s not possible even for myself to know exactly how much I spent, even though I would take a wild guess and say a little over $100,000 maybe, I don’t know.

Is it true you ran 13 companies and employed close to 3,500 workers?
Yes, and the number isn’t “close to 3,500”, they’re 3,568 employees. Big difference. All very hardworking, very committed, very gifted individuals who share in my dream and are willing to go out of their way to deliver in their respective departments. I want to spend time with my kids, find myself, so I have retired at age 28 to play golf and think about life.

What exactly do you deal in?
Mh…tough question. I make good music, I make top drawer videos, I have an online mini-series show that highlights kids with autism. I used to run several autism centers in the USA but I hired the best of the best and I quit. I also run a toy factory that manufactures and delivers free toys for kids with autism. I run a car dealership that deals in high-end cars. I’m glad to announce that my line of jets is also doing remarkably well. I run a communication firm that does most of BYK videos. So it’s a tough question you asked because it’s hard even for myself to pin it down to one hustle. Having said that, I like to see myself, not as a businessman or as a service provider, but as a changer of lives. If I could positively impact lives and make zero bucks out of it, I’d be a happy man still. I just opened a software company and I can automate any government or business process in Kenya.

You seem to have fallen out with rapper K Nel days after he was part of your groomsmen, what exactly happened?
Simple; Never bite the hands that feed you. Period.

Which international artists have you worked with and on what projects?
Oh boy, so many, like I said when you listen to a song today we made it 2 years ago, like Now You Know. We destroy the element of surprise if we announce anything. Silence is a weapon. A few sites talked about my projects months before they dropped and reduced sales. We are in the process of signing up for Tidal. We will be releasing most of our music on Tidal. So that’s a big deal.

What has been your greatest achievement so far?
I do not consider one achievement as greater than the other. If I change someone’s life and the person appreciates, then that’s one in the box. If I make good music and the fans love it, that’s another. If a kid with autism can get help at my autism center, that’s huge.

What is your relationship with Kenyan artists?
If you mentioned 10 top Kenyan artists right now, I’m betting you anything, 9 of those are artists I have worked with Keggah Music. We keep constant tabs because music is a process and the production of, say, one Album for Nyashinski doesn’t end at release. We make sure they sell music, get the much deserved royalties etc. So I’m personal friends with every single Kenyan artist I’ve worked with. 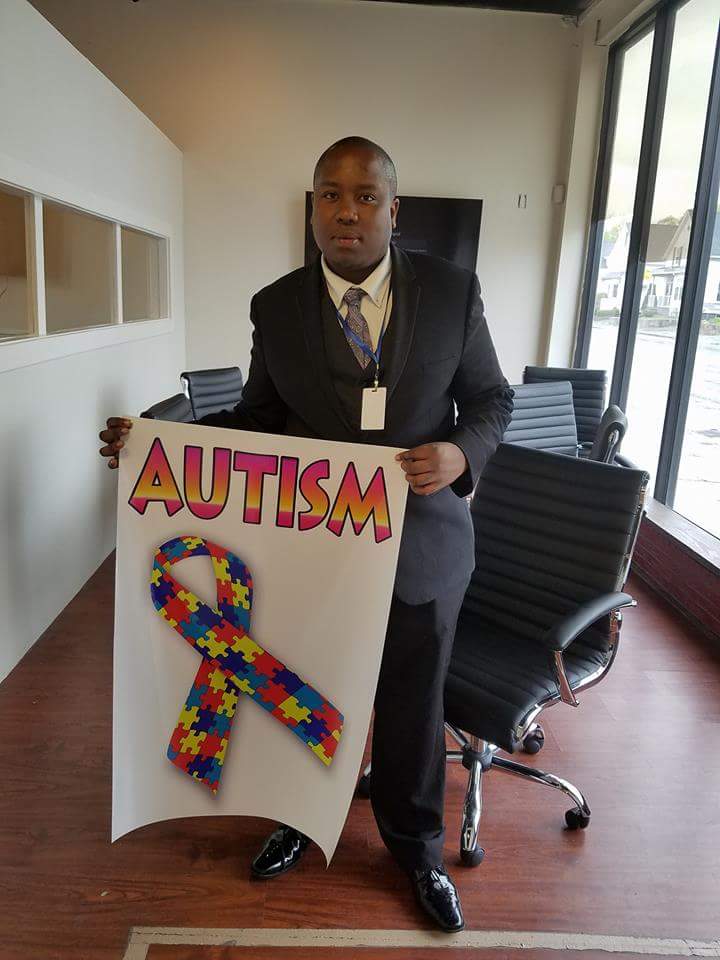 You have been open about your Bi Polar condition, is this true?
Is what true? Is it true I’ve been open about my Bi Polar condition? You just said it, so, yes I’ve been open about it but I don’t have Bipolar we just wanted to get the stigma out of having mental health out of Kenyans minds. You see we tried having TV shows, radio interviews about autism nothing got the word moving. I was simply the first celebrity to stand up and talk about Autism. I have Asperger Syndrome/High Functioning Autism it’s the same diagnosis every other genius walking on earth has including Albert Einstein, Amadeus Mozart, Sir Isaac Newton and Thomas Jefferson. Am simply a pen in the hands of God and the blessings he gives me, I will share with the word but charity begins at home, Kenya. Genius May Be my only Abnormality.

You are in the process of writing a book, how did that come about?
As a matter of fact, I have written a couple of manuscripts, majorly on Autism and Entrepreneurship. 68 to be specific, after which, I think an Autobiography will be in order.

You seem to live large and speak of coming from a humble background, what is your story?
I’m 180 pounds so yes I’m living large! (No am not) My story is a brief one and it’s one anyone out there can replicate for themselves; Dream, Follow the dream, catch the dream. And when you do, share the success. I have an IQ of 192 and that’s the top 1%. I used my gift to help kids with Autism, I landed in America with 3 dollars, homeless and poor and I turned it into an empire. Glory be to God.

Your fetish for fast toys is evident, how many do you own?
I told you I own a dealership, so I own a lot of fast toys!

What motto do you live by?
My motto is: “Never live by a motto because it might restrict your limits and keep you from hitting the pinnacles you’re meant to reach”

Do you think you’re the next Beethoven Made in Kenya?

Blowing out someone else’s light bulb won’t make yours shine brighter. He was a genius in his times and I respect and love everyone living or dead.

Do you think you’re the best producer in Kenya?

You can’t build yourself up by tearing someone down so no I am not. Those guys are legends and I don’t expect the next Keggah who comes after me to insult me.

Kudos to Adam Maina for this illuminating interview!

Loading...
“One of my Biggest Hobbies is Giving Birth” – Akothee < Previous
PHOTOS – This Bangladeshi Boy is Trapped in an Old Man’s Body Next >
Recommended stories you may like: