Bahati on Life, New Collabo with Eddy Kenzo and Being Single 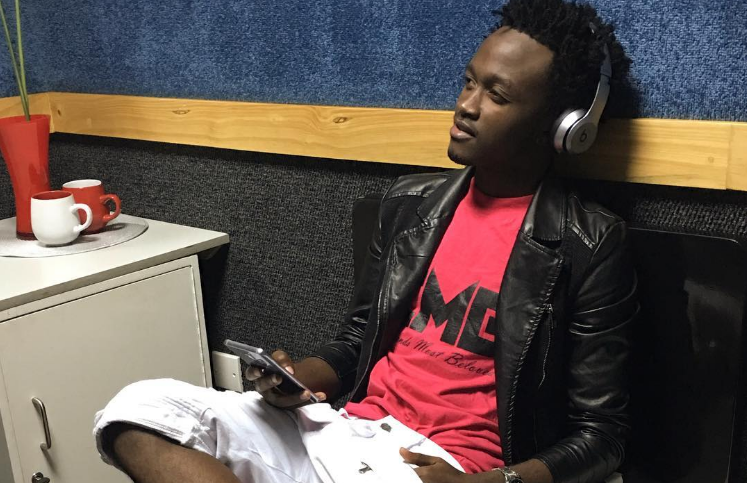 Gospel singer Bahati scored another milestone recently when he became the first gospel musician to be enrolled in the music reality show Coke Studio, where he has been paired with Nigeria’s Kiss Daniel.

Besides Kiss Daniel, the singer will also be dropping a new single with Uganda’s Eddy Kenzo, He talked about the collabo and more to Nairobi News over the weekend.

Tell us more about your new song Mapenzi. – I wanted to explain love in a deeper way, love is not always saying I love you, and that’s how many love songs are written. In the song, I’m questioning what love is. To me it is one of the best songs that I have written.

You wrote a letter to President Uhuru, did he reply? – I can say there has been a big improvement at Kenyatta National Hospital, because I have seen that the first chemotherapy machine has been bought.

The letter was about how I stand with the cancer patients at the hospital, one day you go to visit them and when you return you are told half of them have passed away. A cancer patient at KNH after being diagnosed will be given an appointment for two years or even more.

That is why I wrote the letter to the highest office to intervene. I remember a girl called Charity who I visited at KNH and after two visits, the third visit was during her burial. The girl was given an appointment of 2018 for her chemotherapy.

You are about to release a new song with Eddy Kenzo, tell us about it – It is going to be one of the biggest songs I have ever done but I will not tell you the name. The song will be released soon and we will also be shooting the video anytime now.  Every day I work hard and you know I’m from Eastlands, so I want to put it on the map.

Did Groove Awards organisers tell you why they did not nominate you this year? – I knew earlier that this year I will not be nominated for any awards. I also did not want to be nominated on the same category year in year out, I want to expand my music career further.

Do you still live in Eastlands? – My brother, it is difficult for me to leave there, but that is my lifestyle and I’m always in Eastlands and that is where my heart is and will always be.

Any response to social media comments? – It has been a time of growth. I released my first song Mama when I was 19 years old and was a big hit. At that time I might have done some childish things but I do not regret anything.

There were times that I reacted badly on social media and I would like to thank my loyal fans for sticking and being patient with me. Anyone who attacks me on social media, I do not see them as my haters but as fans who are correcting me and they want me to grow.

I have no haters and I don’t like the mentality of artists calling people haters.

Loading...
WATCH: Flashy and Opulent Music VIDEO of ‘Bless Me’ by Papa Dennis Featuring Chidinma < Previous
Gospel Singer Christina Shusho Talks Salvation, Music and Love for Kenyans Next >
Recommended stories you may like: