As He Prepares To Rock Meru, Here are 10 Things You Didn’t Know About Diamond Platnumz 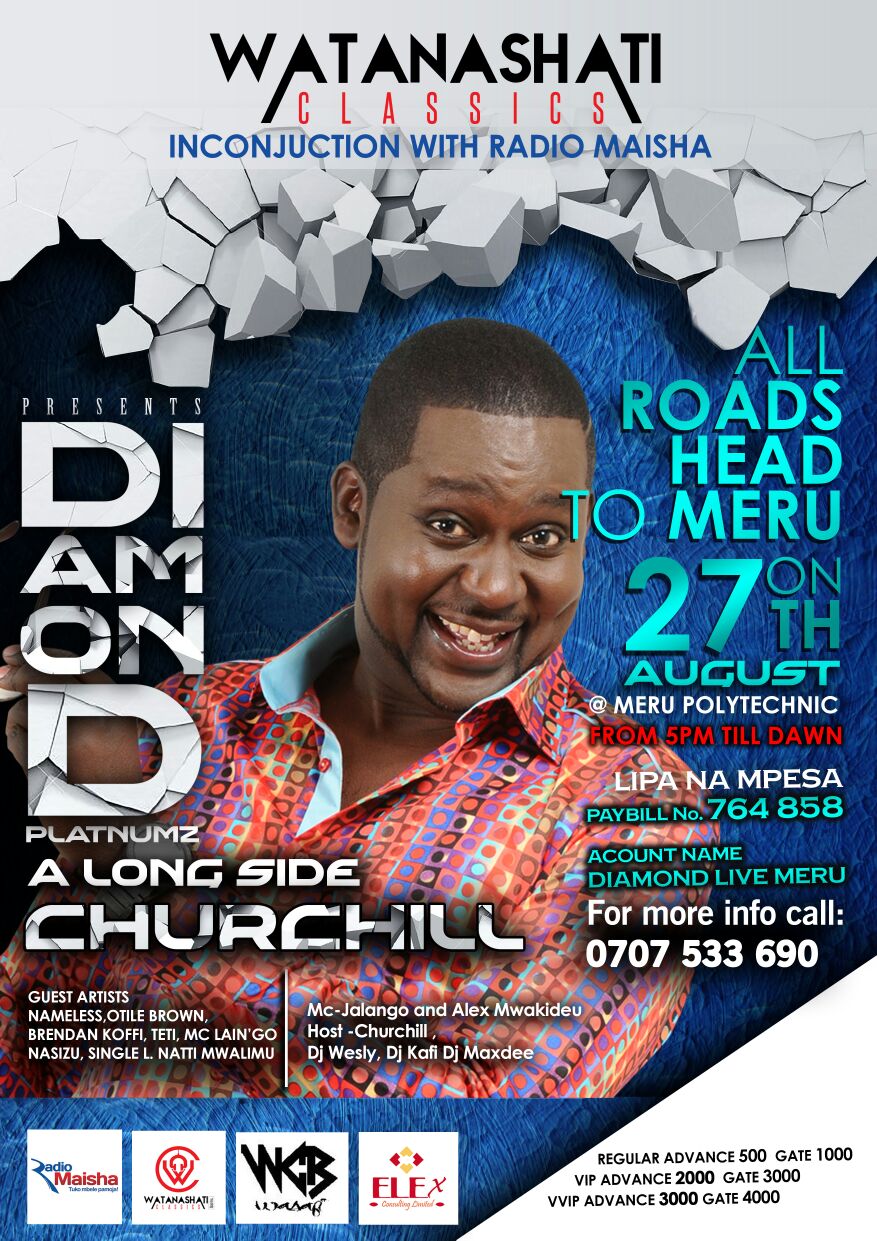 He’s one of the most sought-after pop artists in Africa. His star has grown so big, shone so bright he has actually started to eclipse the likes of Davido and Wizkid on every front – social media visibility, power, concert turnout, stage performance, music,countdown charts, financial might and even liability across the continent.

But Diamond Platnumz, born, wasn’t always the big shot he is today. This is a man who has arduously grown to become a King in his own right, charging millions for performances and landing endorsements from many major corporates.

His stage performances too are a total knockout as he is known to drive masses wild with his gravity-defying dance moves that keep masses enthralled for hours on end.

He also has a beautiful family with a beautiful woman who is herself no pushover – she’s a star in her own right, having found fame and fortune back in her native Uganda even before she met and fell in love with the Bongo crooner.

This Tanzanian musical legend is going to be in Meru on the 27th of August 2016 in an earth-shattering concert that will be hosted by the King of Comedy Churchill and MC’d by Jalango and his Radio Maisha sidekick Alex Mwakideu.

But first, before he makes that much-awaited trip to the Land of Miraa, here’s some 10 things you ought to know about Diamond.

2. He did freelance photography to raise studio session money in 2007.

3. He has recorded over 150 songs most of which have not been officially released but can be found in his albums

4. For the recording of his first song, Diamond stole his mother’s gold ring and sold it to raise studio money.

5. He is worth a staggering USD4 million. That is,KSh405 million.

7. When outside the Bongonation, the star doesn’t take anything less than KSh2.3 million for a performance.

8. He is the President and CEO of his own record stable- Wasafi Classic Baby (WCB)- which has signed top acts such as Rich Mavoko, Harmonize and Raymond.

9. He is the most sought-after and highly paid East African singer

10. His girlfriend and baby mama, Zari Hassan is 8 years older than him. While he’s just 27, Zari clocked 35 on September 25, 2015. And she’s had three sons from her previous marriage.

Loading...
Can You Be Easily Tricked by Your Own Brain? < Previous
Man Found Dead After Consuming Illicit Liquor in Nakuru (PHOTOS) Next >
Recommended stories you may like: