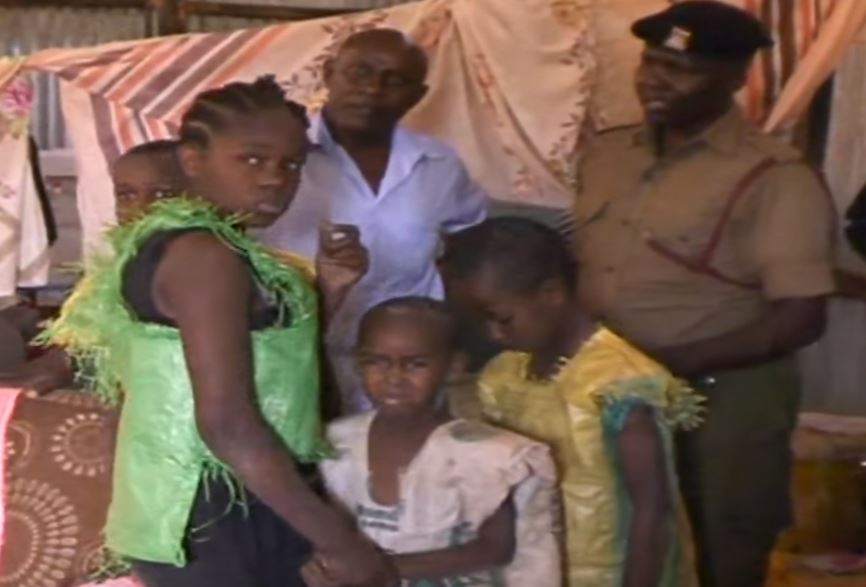 Police in Mwingi, Kitui County have rescued four children whose mother had withdrawn them from school and locked them up in a house for prayer and fasting.

Acting on a tip off from neighbours, police found the four children dressed in sacks and with no access to the outside world.

The mother, Jane Mwende and the kids remained indoors for days.

According to Jane, she was unable to fend for her children and opted to stay indoors to fast and pray. She blamed her woes on her husband’s former employer whom she accuses of refusing to release her husband’s dues.

She was taken to Mwingi police station while the children are now under the custody of the Children’s Department.

Loading...
VIDEO: Pope Francis Falls Over on Live TV < Previous
Can You Answer These Questions from ‘Who Wants To Be a Millionaire?’ Next >
Recommended stories you may like: