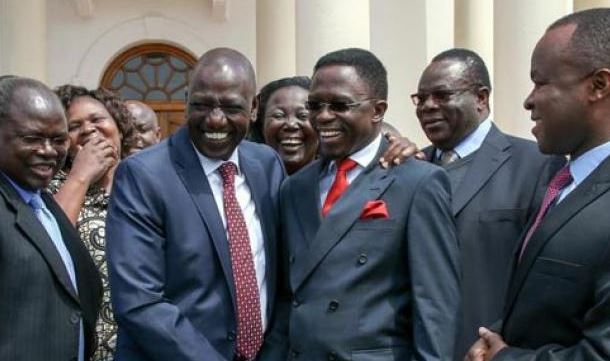 Ababu Namwamba last week announced that he was quitting ODM Secretary General position. It is widely believed that he is headed to Jubilee. Deputy President William Ruto even seems to have confirmed it on Saturday while speaking in Baringo. He said that just like Eugene Wamalwa, Ababu was headed their way and Western is just the first step in a journey that will take them to Kisii and Mombasa.

Ababu later released a press statement denying that he was lured out of ODM by Jubilee. He said that he does not have any deal with the ruling coalition, and will not make any.

However, very few are buying that. Here’s a clip of AFC Leopard fans singing a funeral dirge for the Budalangi MP.

Someone where was this? And what are they saying? pic.twitter.com/KG4BXQ4kti

Loading...
Eric Omondi Pulls Off Museveni Challenge on London’s Tower Bridge (VIDEO) < Previous
Ababu Namwamba: I Have NO Deal With Jubilee, and I Will Not Make a Deal Next >
Recommended stories you may like: