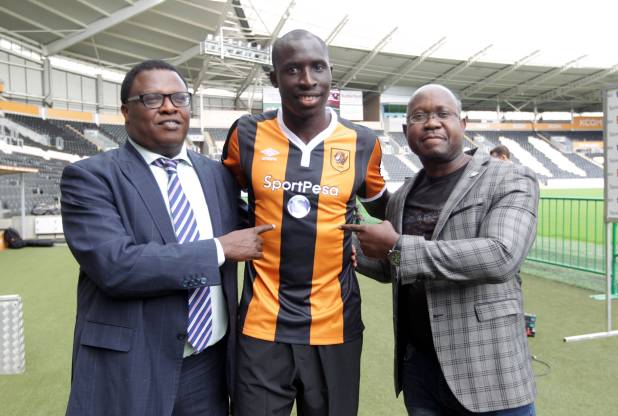 The value of the sponsorship was not announced, but it is believed to be worth around Sh200 million a year.

However, some people are not happy with the announcement. They think SportPesa should sponsor local teams instead of taking their money to a foreign country (Disregarding the fact that they sponsor the two biggest local teams and the league itself).

One guy took to Facebook to announce his displeasure by seeking guidance on how to shut down his account, perhaps expecting some effort from SportPesa’s customer service asking him not to leave.

This is what he got instead. 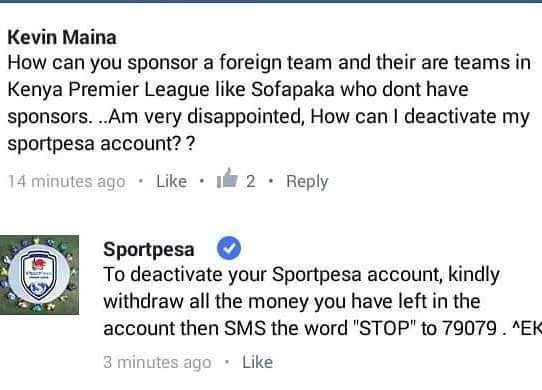 Loading...
VIDEO – Police Arrest Disabled Man and Recover Bhang Worth Sh 500,000 < Previous
VIDEO: This is Hands Down the Best Imitation of Koffi Olomide by a Kenyan Comedian Next >
Recommended stories you may like: