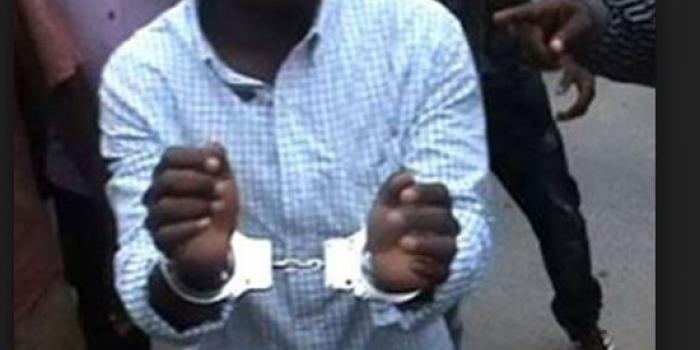 A student has been arrested by Kapsabet police for allegedly defiling and killing six children aged between 11 and 16 years.

The 17 year old suspect is reported to have used money to lure his victims into a forest where he sodomised and defiled them before ending their lives.

His arrest came after two children, a 12-year-old girl and a boy aged 11, from the area went missing and their bodies later discovered by residents. The boy was reportedly last seen with the teenager before his disappearance.

An eyewitness told authorities that the missing 11-year old boy had told him that he was going to help the suspect fetch firewood then receive a payment of Sh100.

Area chief Paul Lagat stated that a dog brought home a leg and an arm on July 6, which parents of the missing 12 year old girl identified as body parts of their child.

“The villagers searched and recovered her naked body. We suspect she had been defiled before being killed. We are waiting for results from the postmortem that is currently underway,” Lagat said.

The parents of the 11-year-old boy reported their son missing after the girl’s body was discovered. His body was found days later in the same tea plantation.

He was also found naked.

The suspect is alleged to have begun committing the offences when he was 14 years old following past disappearances of four other children under similar circumstances.

Bodies of the four children were later recovered in Kapsigak tea plantation.

Investigations are underway to ascertain whether the 17-year old was involved in the six mysterious killings.

Loading...
Kakamega High School Flies Students To Secondary School Games < Previous
Waiyaki Way To Be Converted into a Superhighway Next >
Recommended stories you may like: