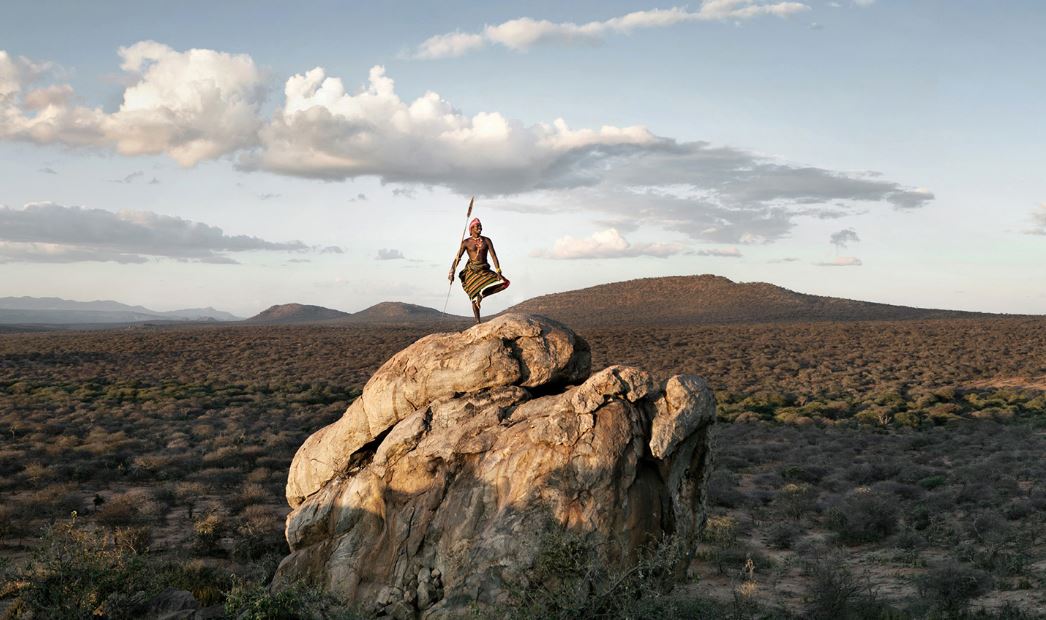 In a country where owning a small plot of land 50 x 100 metres is many people’s elusive dream, you’ll be surprised that there is a small group of natives and foreigners who own land so big the eyes cannot see the end.

A few families, stretching from colonial times, to this day control thousands upon thousands of acres. The one place they’ve been able to acquire endless tracts of land is Laikipia.

Laikipia plateau is estimated to be about 10,000 sq km or roughly 2.5 million acres. It has the biggest number of white landowners concentrated in one place, in Kenya. The plateau stretches from Mt Kenya in the east to the Rift Valley in the west.

The Maasai community here numbers less than 50,000. They are squashed on different patches of the land, which totals 281,587 acres. The rest (more than 2 million acres) is owned by a foreigners comprising mostly the British and American “aristocratic” class and a few white natives.

Private ranches range from ‘small’ parcels measuring about 5000 acres, to endless horizons of massive land -properties that are over 100,000 acres. Some of these private lands have been converted to wildlife sanctuaries.

Here’s a list of the big ranches and their owners.

73 year old Italian Baroness and socialite, Kuki Gallman, owns this ranch. It measures 100,000 acres making her one of the biggest landowners in Laikipia and Kenya.

Ol Ari Nyiro in the Maasai language means the place of dark waters. It is also known as Laikipia ranch. Kuki and her second husband Paolo Gallman bought the ranch in 1974. Tragedy struck the family and she lost her husband and son Emmanuel in 1980 and 1983 respectively.

In 1984, she transformed the property into a reserve providing a wildlife sanctuary. Three years later, tragedy struck again and her 17 year old son was killed by a poisonous snake as he tried to extract venom from it. Instead of returning to Italy, Kuki stayed.

At one time, Ol Ari Nyiro Ranch used to have the largest number of wildlife in a private ranch, including the endangered species of black rhino and the rare beautiful Grevy Zebra. Out of the 100,000 acres, 2,000 have been set aside for leasing to sedentary individuals who use the land for cultivation.

Kuki Gallman has joined Kenya’s war against poaching. Apart from being a conservationist, Kuki is also an author. She has published five bestseller books, including “I dreamed of Africa”, later turned into a movie

Located between Mt Kenya and the Aberdare Ranges, Ol-Pejeta has had several previous owners. It was originally part of the Maasai homeland but was acquired by Lord Delamere and his partner Marcus Wickham Byanton in the early 20th century.

However in 2004, the ranch was purchased by U.K.-based conservation organisation, Fauna & Flora International (FFI). It cost just $15 million ($19 million adjusted for inflation). That’s about Sh2 billion.

FFI worked with Lewa Wildlife Conservancy and converted the entire property into a national land trust, and is today a conservancy.

Ol Jogi ranch is located 225km out of Nairobi, just north of Nanyuki. The entire ranch provides a Rhino Sanctuary and is surrounded by an innovative ring fencing system to offer protection against poaching. It also rears cattle and employs about 300 people.

The ranch is famous getaway “playgrounds” for its super rich owners. It was owned by renowned French billionaire art dealer Daniel Wildenstein. He died in 2001 leaving the property to his son Guy Wildenstein. He has since faced a lot of troubles with the law, mostly to do with tax fraud and money laundering.

A few months ago, French authorities charged Guy Wildenstein for tax fraud. They are demanding €550 million (Sh60.9 billion) in unpaid taxes. Among the assets he is accused of hiding is the Ol Jogi Ranch, rare art collections, prime properties, and pedigree racehorses.

Guy’s father Daniel Wildenstein acquired the land in 1977. He built a successful art collection company and was at some point the world’s richest art dealer.

Court documents filed in Paris say Guy had in 2012 declared the family’s vast estate to be worth €40.9 million (Sh4.5 billion) but French authorities estimate that the estate could be worth as much as €4 billion (Sh443 billion).

Ol Jogi ranch was the setting for award-winning film Out of Africa, and has been used to film numerous TV commercials for multinationals like Pepsi and Coca Cola.

It is currently managed by 36 year old Alec Wildenstein, brother to Guy Wildenstein. The ranch made headlines in 2014 when it offered a $210,000 one week safari.

Formerly known as Colcheccio, Loisaba ranch was established in 1997. Colcheccio is an Italian word that loosely translates as “mind your own business”. According to the history of the ranch, Count Ancelotto’s Italian friends tried to dissuade him from buying the land, saying it was a waste of resources. The Count is reported to have told them “colcheccio.”

It was once leased to three enterprising white Kenyans, Peter Sylvester, Tom Sylvester and Giles Davies.

“Former CEO of PUMA. Founder of The Zeitz Foundation and The Long Run. Co-Founder of The B Team and Zeitz MOCAA. Owner of Segera. Warrior for the planet!”

The German national first came to Kenya in 1989 and fell in love with the country that he now spends most of his time after his retirement from Puma in 2011. He was Puma’s chairman and CEO for 18 years.

His Segera Ranch is 3 times the size of Manhattan.

When he bought it nearly a decade ago, Zeitz ripped out many of the fences to liberate the animals. Now it houses three endangered species, honey production and part of his extensive art collection. He tours it in a 1929 Gypsy Moth biplane used in the movie Out of Africa.

“I didn’t want just to be a frequent traveller to Africa, I also wanted to be on the ground there at some point.. I just bought the place for me to put my philosophy and passion into action on my own piece of land.” he told UK newspaper Independent last year.

Ole Malo Ranch is owned by Colin Francombe. He was born and raised in Kenya. For 23 years, he was the manager of Kuki Gallman’s 100,000-acre Ol ari Nyiro ranch.

Now, Francombe raises cattle and sheep together with his wife in his own vast ranch. He’s also involved in conservation of wildlife particularly the endangered black rhino. They also run Ol Malo House and Ol Malo Lodge which cater for tourists visiting their wildlife sanctuary.

Mugie was established by the Hahn family who have been involved with Africa’s wildlife for over 40 years. For over three decades now, the ranch has been managed by Claus Mortensen who was born and brought up in Kenya.

The ranch is a safari destination and has the infrastructure and wildlife to support it.

It lies beneath the shadow of Mt. Kenya, in the center of Laikipia County. It is home to nearly 7,000 elephants, the world’s 4th largest African wild dog population, and the globally endangered Grevy’s zebra.

The Mpala Research Centre (MRC) receives hundreds of students, educators, and scientists from around the globe each year, conducting research on everything from parasites to elephants.

The Mpala properties were purchased by Sam Small in 1952 and bequeathed to his brother George in 1969.

It’s unclear who owns the land currently, because George had no heir by the time he died. He dedicated the land to  the Smithsonian Institution in the US.

There are two board of trustees to run the wildlife foundation and the research trust.

You’ve probably heard of the Craig family. The Duke of Cambridge and future King of England Prince William in March this year jetted into the country to attend his ex-girlfriend Jecca Craig’s wedding.

The land has been in the family since 1918. It is believed that Ian Craig’s great grandmother was awarded the land by the British Government for her services during the First World War.

The Craig’s have done a great job giving Lewa the recognition it now has. While most of the land goes to wildlife conservation, a small part has livestock. A good chunk is also taken by the British Army for training.

Suyian is the Maa name for the African Wild Dog. The ranch covers exactly 43, 495 acres in northwest Laikipia. Suyian is particularly known for its honey production, producing thousands of kgs per year. It also rears cattle, sheep and goats.

The ranch is currently owned and managed by the Powys family whose ties to Laikipia date back to the 1920s when Will Powys, a sheep farmer and pioneer from Dorset, England, first grazed his small stock in the area. Will first leased the land from the colonial government, before buying it in 1963. It was then known as Il Pinguone.

Among the activities at Suyian Ranch are bush walks and camel safaris.

This private cattle ranch is known to have some of the best breeds of cattle and sheep. There is a small number of wildlife but most of the ranch is used to rear cattle.

Mogwooni is owned and managed by Jackie Kenyon.

The ranch, which is today called Ole Naisho – Maasai for honey – for a long time was called Kamwaki. It is owned by Kenyan-born Jeremy Block, group chairman Dormans coffee.

Chololo Ranch is owned by Sammy Jessel, one of the sons of the elder, John Jessel. His brother, Martin Jessel, also owns a huge ranch in Laikipia.

In total, the Jessel family owns four ranches, with Chololo being the largest.

This list only covered Laikipia land owners. There are many other huge land owners in other parts of the country, including the Delameres who own over 50,000 acres in Naivasha and Charles Njonjo’s Solio Ranch which is said to be over 100,000 acres.

Kibaki owns different pieces of land in Bahati, Laikipia and Rumuruti, which add up to more than 30,000 acres.

Moi owns land in Bahati, Olenguruoni, Molo and Nakuru which add up to nearly 100,000 acres.

And of course the Kenyattas’ own nearly 500,000 acres of prime land across the country.

Loading...
PHOTOS – Heavily Armed Israeli Mossad Snipers Who Accompanied PM Netanyahu to Kenya < Previous
The Hottest Stories on the Internet Today (Monday July 11) Next >
Recommended stories you may like: