Raila Owned Newspaper Set To Shut Down After Staff Exodus 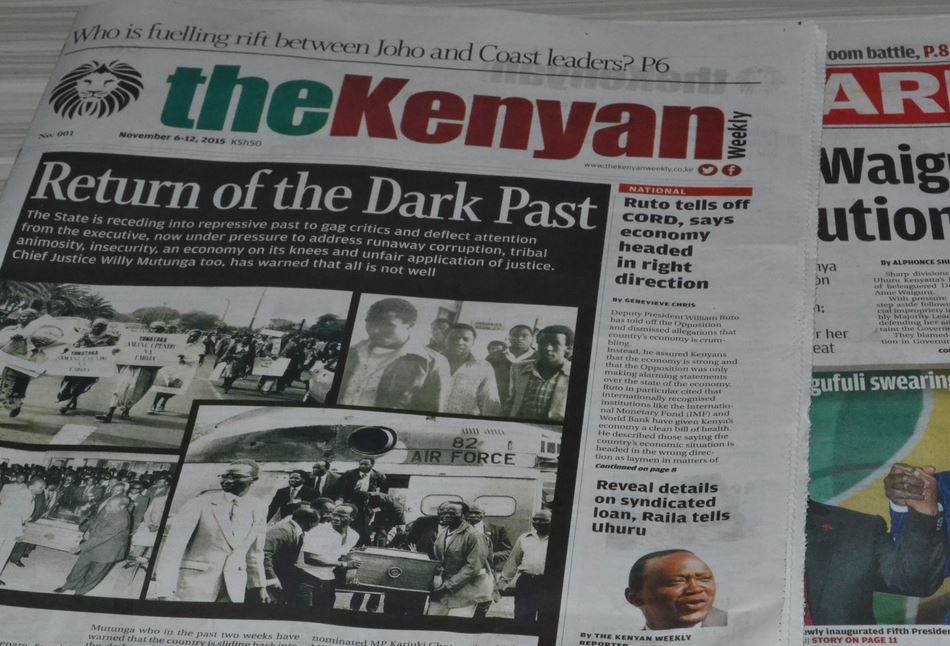 A newspaper owned by Cord leader Raila Odinga is on the verge of shutting operations after failing to make money.

The Kenyan Weekly, a weekly newspaper launched in November last year supposedly to be Cord’s mouthpiece, has been struggling to attract advertisers and has seen a staff exodus.
The newspaper which is published every Friday targets its political strongholds for sales among them Nairobi, Kisumu, Mombasa and Western Kenya.

Speaking to a local blog, ODM Director of Communications Philip Etale admitted that there are ‘a few journalists’ who have not been paid but the issue is been sorted out.
“What is know is that there are journalists who worked for the Kenyan Weekly but left the company before being paid.We are working on the issue to have them paid,” he said.

Media companies owned by politicians have historically struggled to find a footing in Kenya. The Kenya Times, which was former President Moi’s mouthpiece, folded in 2009.
People Newspaper and K24, associated with Kenyatta family, are regarded as an inferior choice for news and entertainment, and have been struggling to attract advertisers’ money.