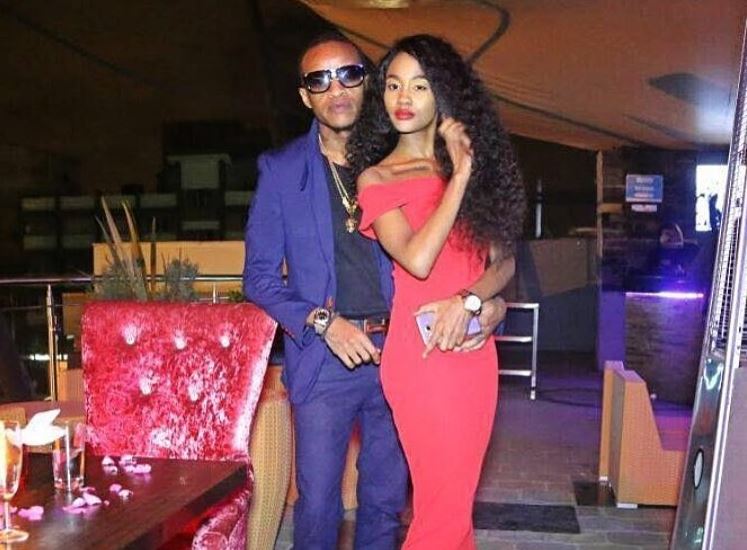 Robert Alai, a man best known for offensive utterances, has picked up a new nemesis in Michelle Yola, rapper Prezzo’s soon to be wife.

The usually feisty lass and ‘Nairobi Diaries’ star has taken to social media to hurl some unkind words to the controversial blogger for labelling her man as a drug peddler.

Michelle was responding to a post by Alai on Facebook in which he claims President Uhuru Kenyatta intimidated Embakasi police to release rapper Prezzo.

“President Uhuru can’t claim to fight drug abuse when he still engages petty drug peddlers like Prezzo. Intimidating Embakasi Police to release Prezzo is not the right thing,” the post reads in part.

He further alleged that President Uhuru Kenyatta is encouraging delinquents such as Prezzo to destroy the youth.

“Mr. President the taka taka who is your friend, Jackson Makini aka Prezzo, should be in jail. We can’t allow this in our estate. We will never allow it. Stop condoning it,” he concluded.

Prezzo’s other half, clearly irked by the statements about her beloved man posted insults of her own directed at Alai on Instagram.

“You Stupid c*nt!You’re the one who should be in jail for this hate speech you been spreading.. Eti Drug peddler are you the Supplier??Get a life msenge wewe!Sue this idiot Prezzo,” she fired. 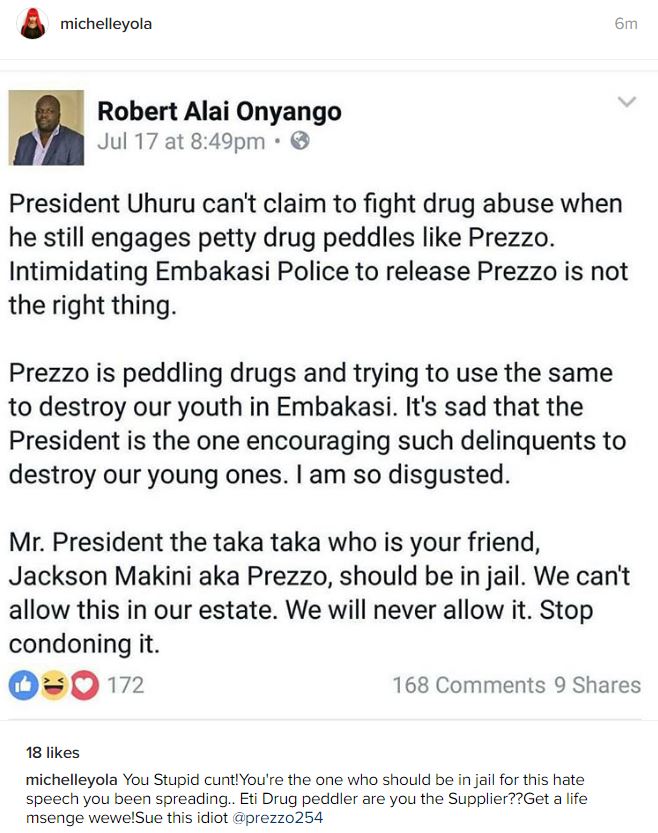 Prezzo too had something to say about Alai as you would expect.

He posted, “Shame on this idiot! What gives u the right to write baseless stories all in the name of tarnishing President Uhurus name? Ur thong is too tight u need to do something about it.”

Loading...
Man Shocks Homa Bay Court After Offering To Be Jailed for His Brother’s Crime < Previous
Woman Caught Pretending to be Student’s Mother for 50 Bob Next >
Recommended stories you may like: