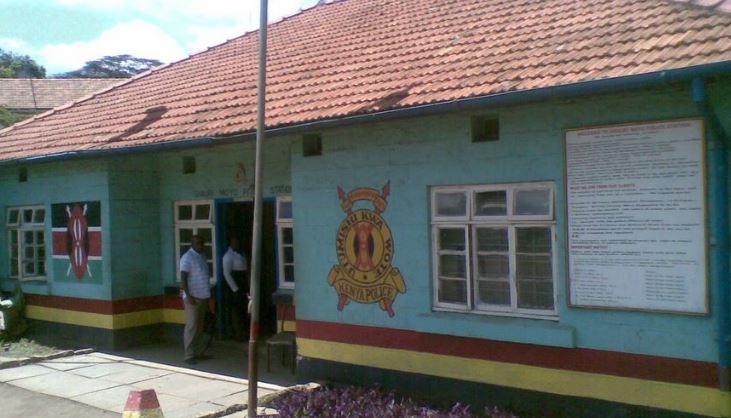 There was drama at Langata Police Station on Wednesday morning after a former police officer stripped naked at the entrance.

Charles Kamau, 33, an officer who recently resigned from the force, removed some of his clothes, put on sacks and lied at the entrance of the station.

He was demanding to speak to Inspector General Joseph Boinnet, reportedly about his reinstatement

Langata OCPD Elijah Mwangi said that Charles resigned from the police force in January, but has continued to hang around the station. Apparently, he has been ‘purporting’ to be a preacher.

“He has been seen around the station where he purports to be a preacher. He usually carries both the Holy Quran and the Holy Bible,” Mr Maina said.
“We have contacted the family,” he added.

Loading...
Woman Caught Pretending to be Student’s Mother for 50 Bob < Previous
Duale: “I am So Close To The President, Sometimes He Calls Just to Wish Me Good Night” Next >
Recommended stories you may like: