Police are looking for a man in Kebirichi, Nyamira county for an extreme act of bestiality.

The man escaped lynching by an irate mob after he was found raping a goat that soon died. The incident took place in Kemera ward, Kebirichi sub-location on Sunday afternoon.

The man reportedly stole the goat, tied it to a tree in a bush before committing the act. He took off when two herd boys searching for the missing goat showed up. The herd boys did not clearly identify the man. The goat was by this time lying lifeless, and the boys informed villagers who came to the scene. 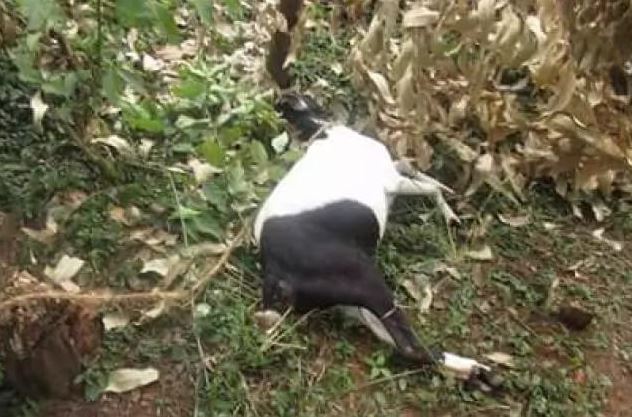 “We are in shock because some herds boys called us and when we arrived at the scene; the young man had disappeared in the nearby bushes. He had tied the goat, raped it and it lay lifeless on the ground,” said Peter Machuki, one of the residents.

Baying for his blood, the villagers launched a manhunt but were unable to find him. They reported the matter at the Chief’s office.
“This incident is abnormal because we have never witnessed such an incident, especially in our location. It’s unfortunate and the authorities should find the best solution to this because it may escalate into a bigger issue,”Machuki added.

Kebirichi assistant chief  Charles Nyameyio condemned the beastly act and urged residents to report more similar cases. He promised to bring the culprit to book.
“I want to thank locals for being honest and reporting the matter because in other areas, people rarely talk about such issues. As government officials, we are pursuing the suspect so that we dig deep into the matter,” he said.

Loading...
“The Bubble Will Burst Painfully,” Wallace Kantai’s Message on Kenya’s Property Market < Previous
Strathmore University Sets Exam Question Based on Kendrick Lamar’s Lyrics Next >
Recommended stories you may like: