Lady Asks Employer for a New Car. The Response She Got Will Crack You Up

According to one well documented fact, when a secretary at Apple was late because of car trouble, Steve Jobs gave her a Jaguar and said, ‘Don’t be late anymore.’ 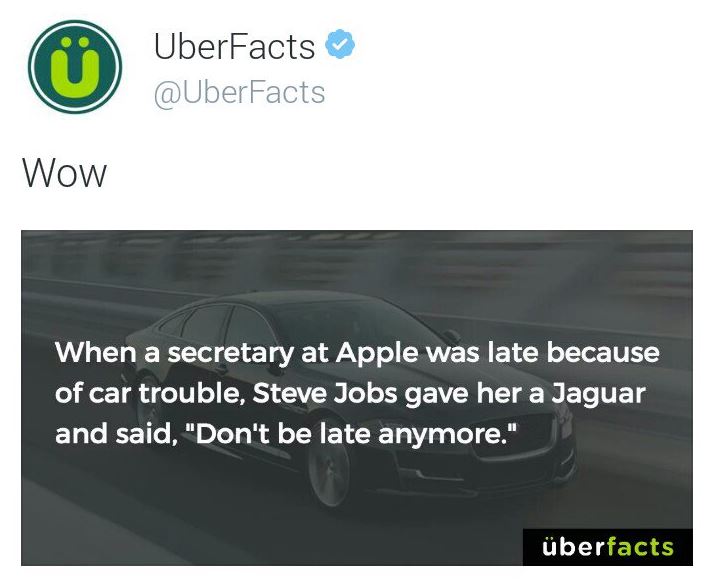 That is without a doubt the kind of stuff sweet dreams are made of. As a result, a twitter user tried her luck with her employers with hopes of getting a brand new car.

Through her twitter handle, @spazbender mentioned her employer @BelvaDigital in the above fact, and they responded in hilarious manner. 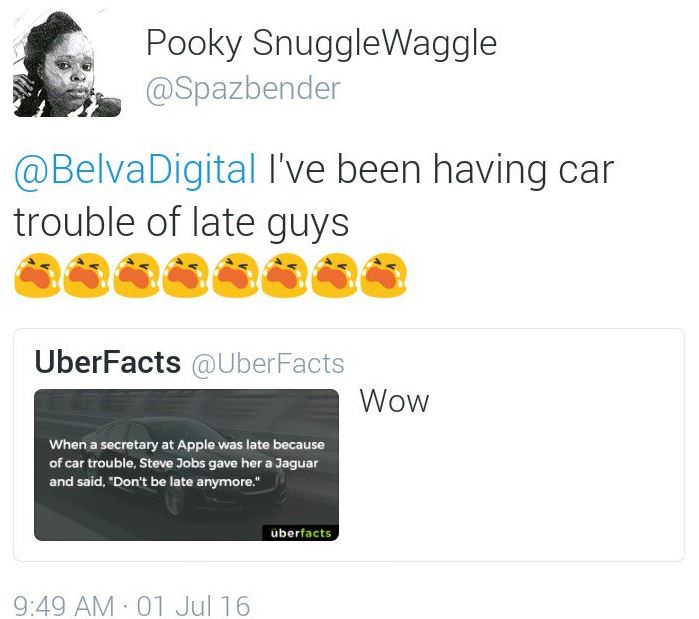 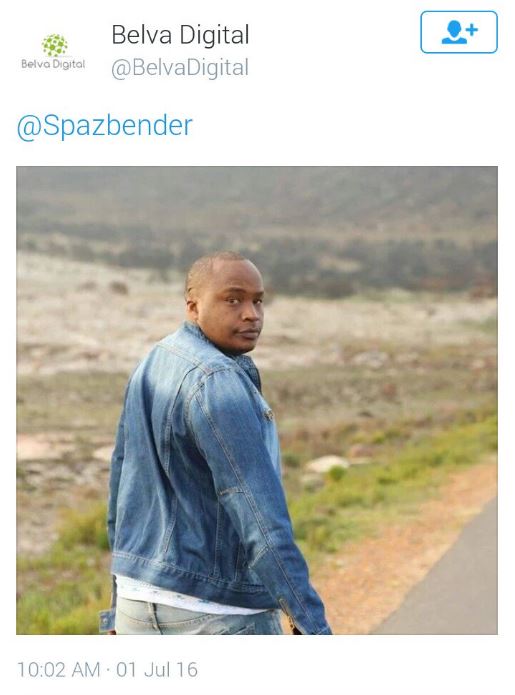