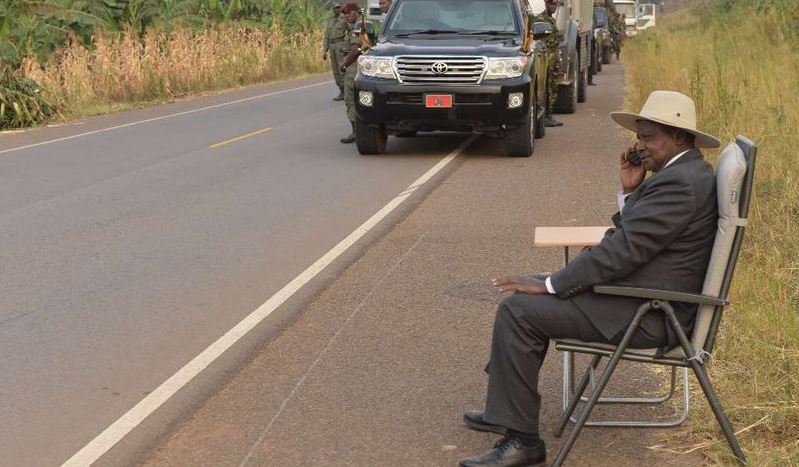 While everyone was doing the #M7Challenge, it had to be Eric Omondi who pulled the funniest stunt.

Museveni stopped his motorcade in the middle of the road, got himself a chair (we don’t know from where), and talked on phone with a mystery person for almost 30 minutes.

That led to the #M7Challenge Twitter trend where people are pictured doing the same and then some nominate another person to do it.

Some like Xtiandela went an exta mile and slowed traffic by placing their chairs a few inches into the tarmac.

But only Eric Omondi had the guts to bring traffic to a complete halt. In this funny clip he posted on Instagram, Omondi is also heard shouting some words in a heavy Ugandan accent.

Loading...
Sam Nyamweya’s Sh100 Million Karen Plot to be Auctioned Over Defaulted Loan < Previous
‘Students Should Be Allowed to Have Phones in School’ – Declares Wilson Sossion Next >
Recommended stories you may like: