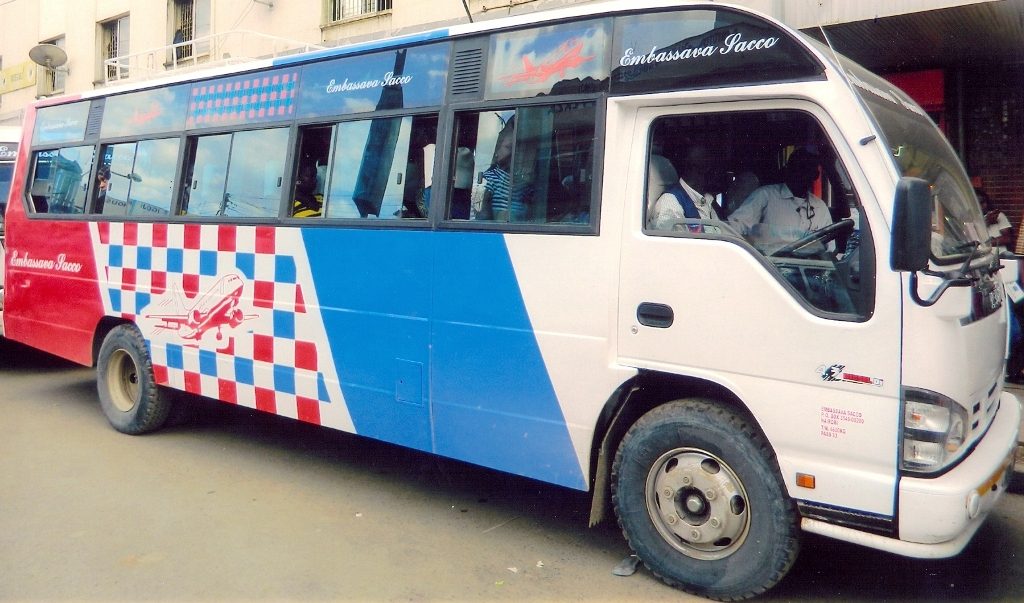 Embassava Sacco has been put on the spot again after a woman claimed that she was undressed by members of the sacco on June 15.

Juliet Ayako told Ma3 Culture that the crew descended on her and stripped her because she was wearing their uniform.

“I am a new employee and am not familiar with most of the guys. They approached me demanding to know why I was wearing the uniform. Before I could even explain myself, they started undressing me,” she claimed.

She reported the matter at the Central Police Station and the case was booked under OB116/17/6/2016, but no action has been taken.

Juliet’s husband, Paul Wachira, said he followed up the case but the police told him the Sacco members who stripped Juliet were exercising their right.

Embassava Sacco Chairman, John Ongaro confirmed the incident but did not divulge any more details.

“Someone from NTSA informed me about it. It is alleged she was being trained by her husband, who is a driver with Embassava. In such instances, where unauthorised persons are found wearing our Sacco uniform, we let the cops do their job. I cannot comment further on the matter,” said Ongaro.

Loading...
“Wahu and Nameless Looked Down on Me When I Was a Nobody” – Huddah Monroe < Previous
Nation Media Shuts Down Nation FM, QFM and QTV Next >
Recommended stories you may like: