Duale: “I am So Close To The President, Sometimes He Calls Just to Wish Me Good Night” 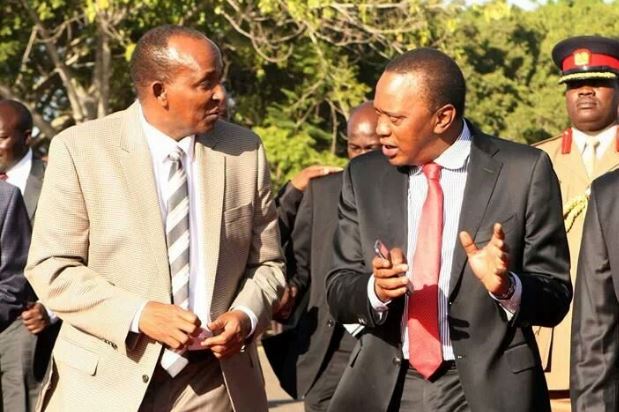 National Assembly Majority Leader Aden Duale has spoken of his relationship with the President. The vocal MP told of some of the personal details they discuss.

In an interview with a local daily, Duale says that he feels very valued in the government, owing to the appreciation Uhuru shows for his work.
He says that the President call him frequently to tell him how much he values him as the Majority Leader.

“I often get calls from the President, just to tell me how grateful he is to have me as the Majority Leader in parliament,” Duale told the Nation.

The legislator said that the President sometimes call him to encourage him in his endeavors of defending the government, or just to wish him a good night.
“He always tells me:Mheshimiwa Duale, shikilia hapo kabisa (Hon Duale, remain firm). He even calls to wish me a good night. With this I feel I am indeed part of the government,” he revealed.

Duale also revealed that Uhuru pays a particular interest in parliamentary debates, and sometimes calls him to ask whether Jubilee will carry the day whenever there’s an important vote. He recalled when parliament was debating on whether to approve the nomination of Njee Muturi as Solicitor General.
“The tension made me retreat to the back to receive a call from the President, who asked me whether all was well and if the name was going through, I assured him all was well,” Duale narrated.

Duale however admitted that his duties as Majority Leader have left him with little time for his constituency. He however said that Uhuru has given him his word that Garissa people will be taken care of.
“I have told the president to take care of my constituents by putting up roads, electricity and increase security as I defend his agenda in the House,” he said.