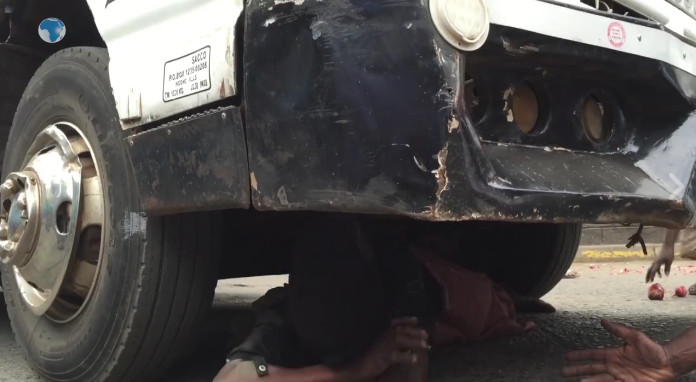 A Nairobi hawker on Monday opted to hide under a matatu to avoid arrest by City Inspectorate askaris.

In a video doing the rounds on social media, the woman is seen and heard weeping in fear under the public service vehicle as the driver and conductor plead with her to step out.

After a thorough convincing, the middle aged woman who sells onions finally emerges.

She is then seen weeping by the roadside as one of her colleagues helps collect her scattered merchandise.

Loading...
Raila Owned Newspaper Set To Shut Down After Staff Exodus < Previous
Fleeing Matatu Hits Police Vehicle on Moi Avenue Moments After Hit and Run (PHOTOS) Next >
Recommended stories you may like: