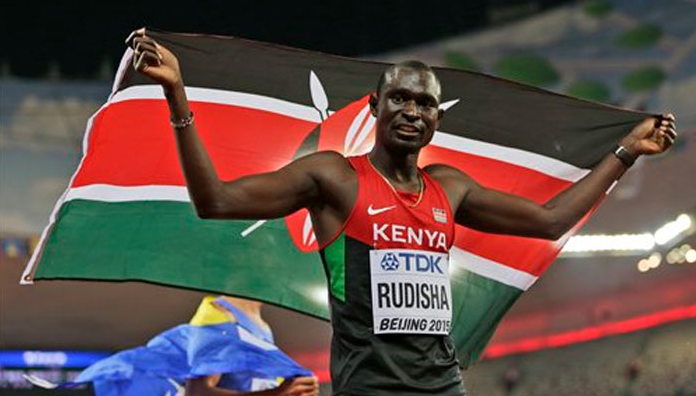 The music video, dubbed ‘Rise’ will be used before, and during this year’s Rio Olympics by American broadcast network NBC.

In the video, the 800 metres World Champion appears before the rest of the athletes. He is seen running in a scenic Kenyan landscape, presumably the high altitude training camp in Iten.

He is one of many athletes from all around the world who have been featured in the video.

In a press statement, Perry said that she hoped the song would inspire athletes and also unite them.

“I can’t think of a better example than the Olympic athletes, as they gather in Rio with their strength and fearlessness, to remind us how we ALL can come together, with the resolve to be the best we can be. I hope this song can inspire us to heal, unite, and rise together. I am honoured that NBC Olympics has chosen to use it as an anthem before and during the Rio Games.”

This year’s Olympic Games will be held in Rio de Janeiro Brazil, from August 5 to 21 and thereafter the Paralympics on September 7 to 18.

Loading...
Taking No Chances: Police are Using Actual Gates To Close Down Nairobi Roads for UNCTAD < Previous
Hilarious VIDEO: Babu Owino Lists The 3 Commandments of Baba Next >
Recommended stories you may like: