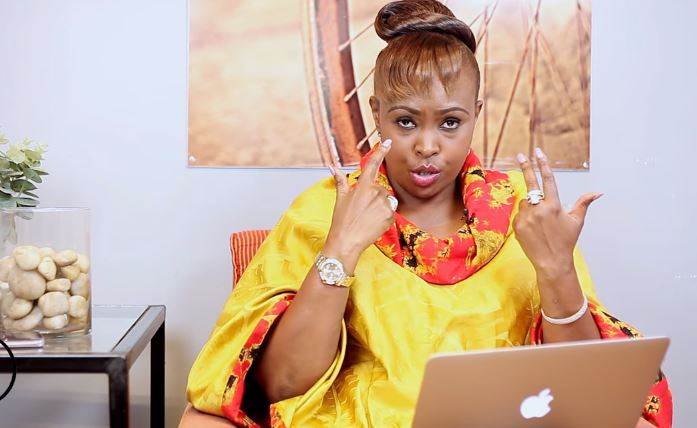 On her YouTube channel, Mutoko says that Miraa is dead and Meru should accept the new reality. The drug has been banned in most of Europe and the other big market, Somalia, is threatening to do the same.

Though I agree with her that the era of miraa is approaching the end, her proposal for a substitute crop is what I think is so wrong.

Mutoko says that the miraa farmers should start growing bhang, contingent on talking to their leaders who will push parliament to legalize it.

She says that many US states have legalized medical and recreational marijuana, and that the world is heading that way.

List of medical conditions that qualify for marijuana use:

While the market for this particular list of ailments is large, it still excludes a huge part of the population. Further more, only a small percentage of the sick will even want to use marijuana, further diminishing the market.

In most of these states where medical marijuana is legal, the law categorically states that any other use of the drug is a federal offense.

On the other hand, only 4 states and DC have legalized marijuana for recreational use. Though other states may follow, it’s still not a big market for Meru (even if they import all of it, which is not the case).

Market aside, marijuana usage has short term and long term effects. In a country like Kenya where lack of jobs leads to mass hopelessness, legalizing weed would have adverse effects on productivity. Able men smoking the drug the whole day would be a very common sighting. One of the long term effects of weed is going mad. We may very well create a nation of mad men.

While there are many Kenyans who take weed in various forms even in its illegal state, things would be totally different if it was made legal.

Firstly, a joint that goes for around 50 bob currently would go down to about 5 bob. That means more people will be able to afford it, and those who had money to buy it before, will now have multiple sticks for the same amount. The ‘good feeling’ they saved up to enjoy on weekends will now be a daily thing.

The result would be catastrophic for the economy. Meru itself may end up not having enough young men to cultivate the crop commercially.

Do you think we should legalize weed?

Loading...
Retired President Moi Has ID Number 0000001 (PHOTOS) < Previous
The Hottest Stories on the Internet Today (Friday July 15) Next >
Recommended stories you may like: