Vihiga Man Beats, Kicks Wife Out of Home for Eating his Fried Termites 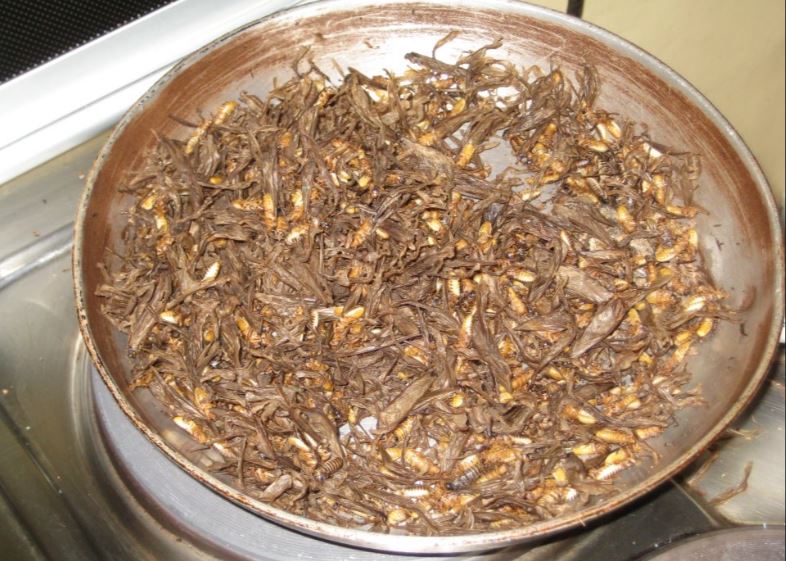 A man in Vihiga has shocked residents in Munoywa village, Vihiga after he assaulted and sent his wife packing for eating his ‘termites’ popularly known as kumbekumbe.

24 -year -old Lucas Luvai reportedly attacked Elsie Khasoha after discovering she had feasted on the fried termites he had hidden.

“I had bought the ants for my lunch because my wife is always busy at the market during lunch time to cook for me,” said Luvai, as reported by Standard.

Luvai, a boda boda operator savagely attacked Khasoha in a fit of rage, before chasing her away “to go learn manners from her parents”.

Lucas, who has revealed he was drunk during the incident, is now seeking for forgiveness from his wife whom he chased away.

“She has refused to forgive me and come back. I have been calling her, but she is not picking my phone calls,” he said.

Loading...
21 Gun Salute for President Uhuru as He Arrives in Botswana (PHOTOS) < Previous
SHAME – Kenyan Flag at Uhuru Park in Tatters (PHOTOS) Next >
Recommended stories you may like: