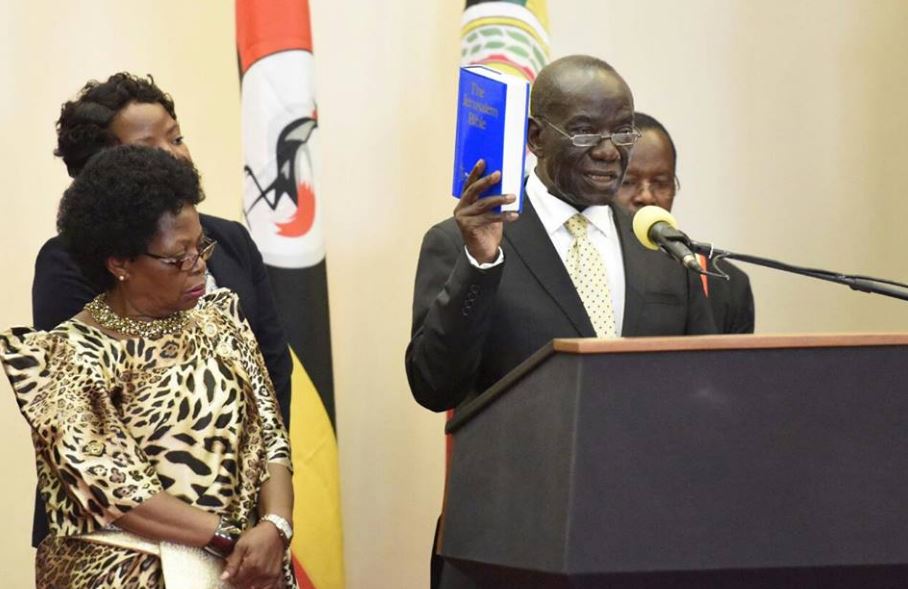 If you are a Member of Parliament in Uganda and you did not find yourself in the Cabinet, the old man must really dislike you.

While most Kenyans wondered how Museveni can appoint his wife as a cabinet minister, the real question should have been the huge number; An 80-member strong cabinet.

I remember Kenyans complaining of the bloated grand coalition cabinet, yet it was just half of what Uganda has right now.

During the cabinet’s swearing in on Tuesday at State House Entebbe, Museveni said that the reason he included members of the opposition in his new cabinet was for the sake of unity.

On the appointment of Herbert Kabafunzaki as minister of state for labour, employment and industrial relations, Museveni said it was a reward for defeating FDC’s Jack Sabiti in Rukiga constituency. “This young man helped to liberate Rukiga that had been colonialized by Jack Sabiti and other people,” he said.

He also appointed another minister, Denis Ssozi Galabuzi, as payback for what his father did during the NRA bush war. “The father of this boy is the one who used to send me sugar when I was in the bush. So, the children of the NRM have grown up, those who have been playing with us should be careful,” he said.

Even though his criteria of appointment is at best laughable, Museveni expects his new cabinet to deliver Uganda to middle-income status by 2020.

With 80 ministers, Uganda’s cabinet is nearly twice as big as Kenya’s Senate and four times as large as Kenya’s cabinet.

In this picture, it does look like a conference. 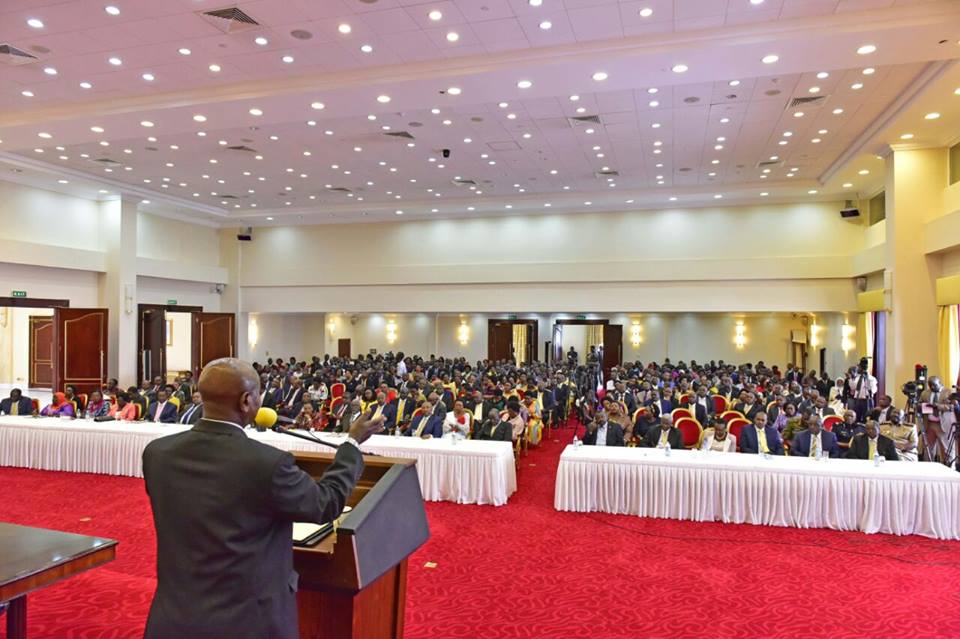 By contrast, this is Uhuru’s cabinet. 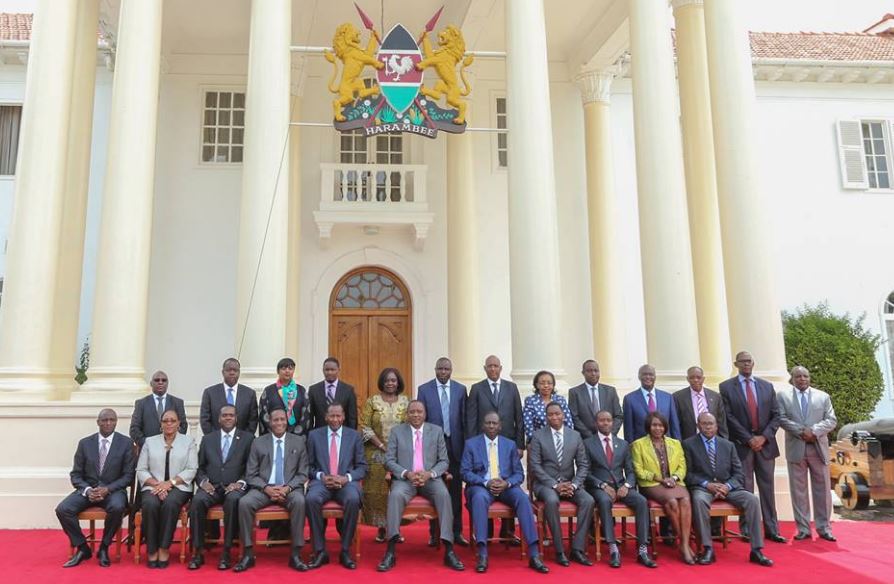 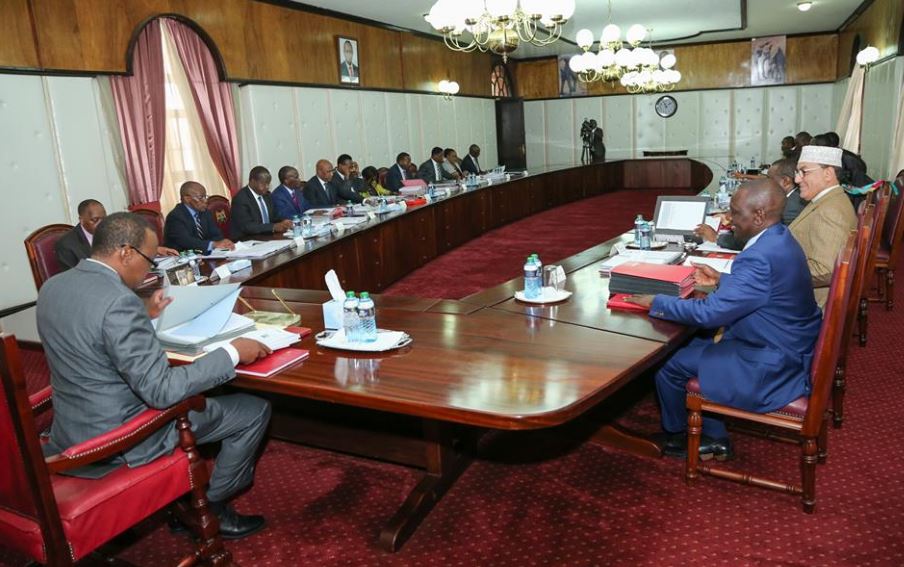 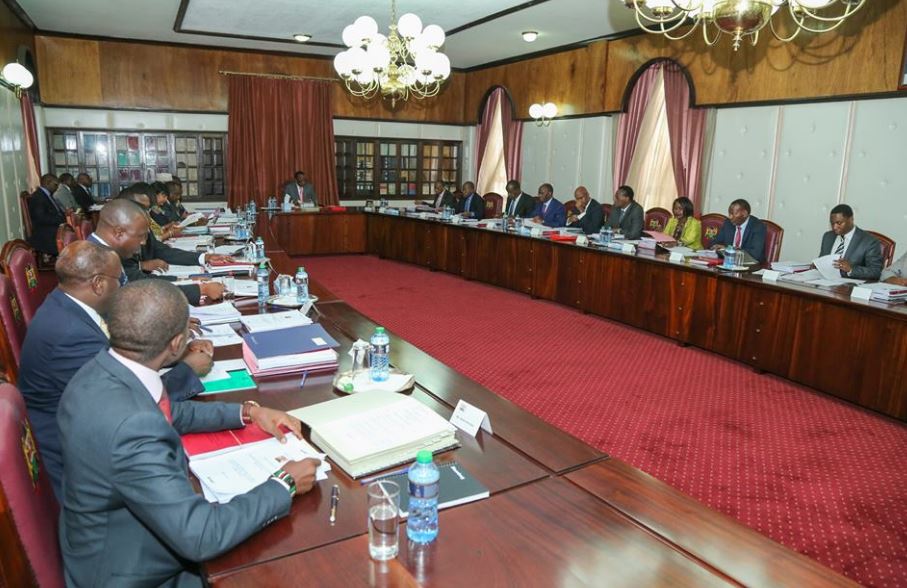 Only God knows how they hold Cabinet meetings over there. 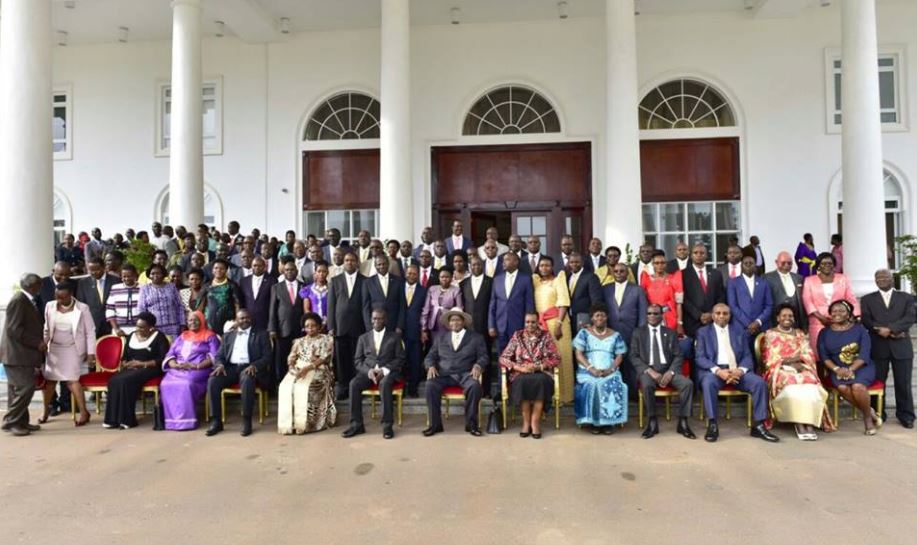 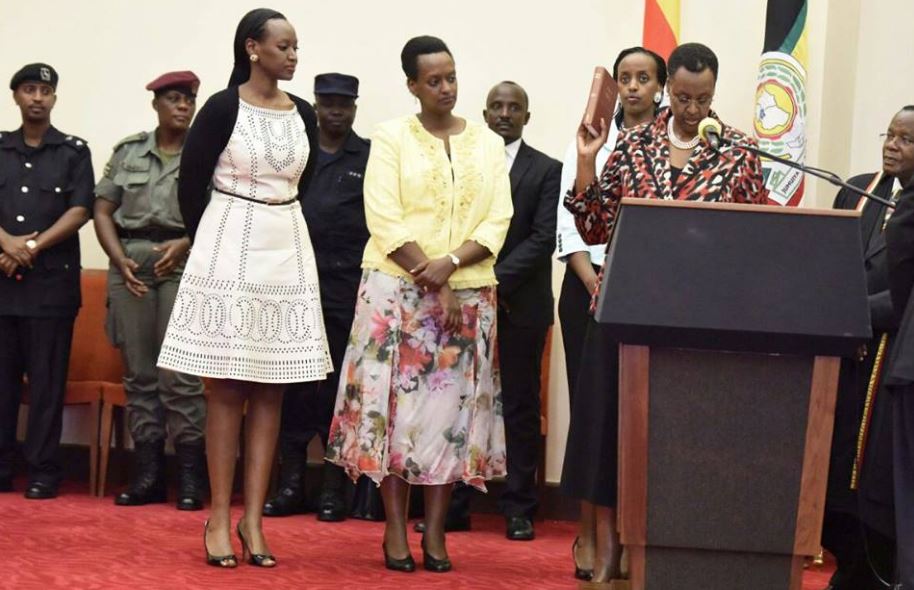 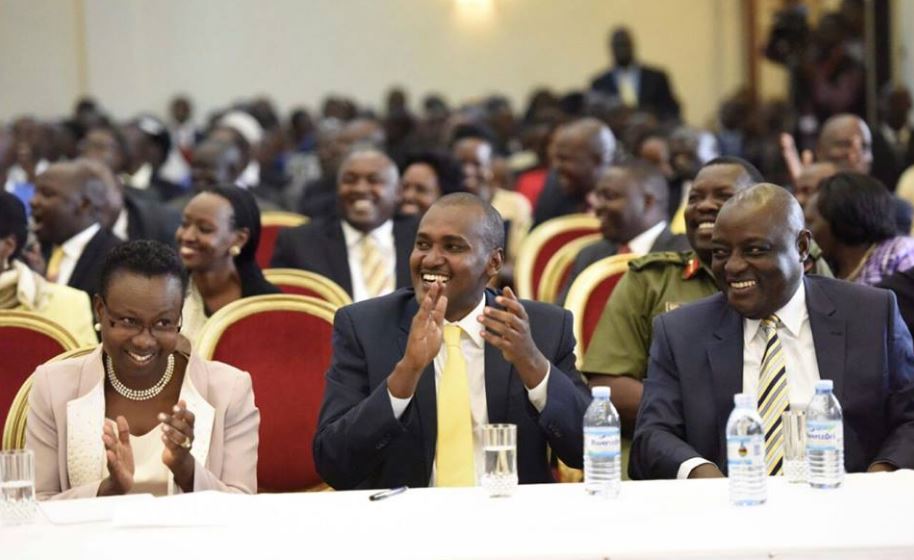 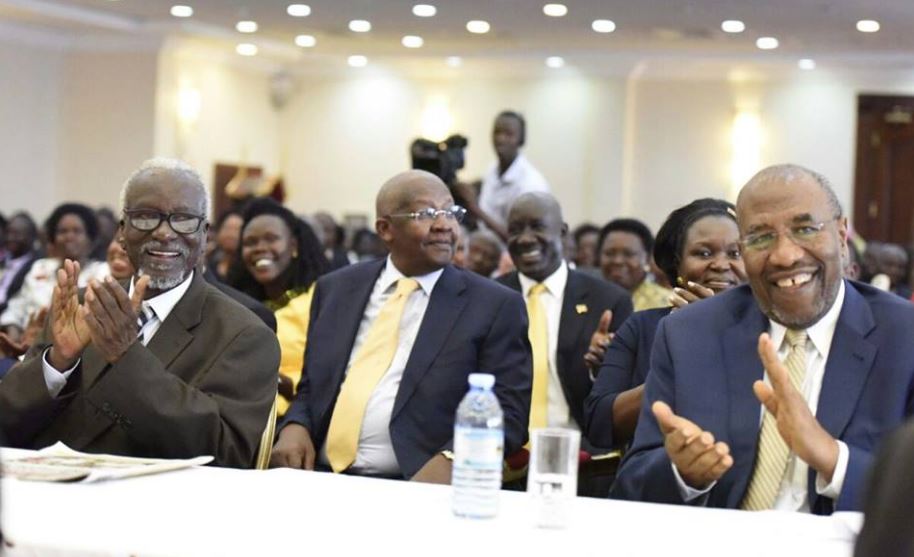 Of course it has been the butt of many jokes on Twitter.

This is not a clan but Uganda's cabinet. 80 ministers. 80 damning ministers. Smh pic.twitter.com/06CZ3gdvs8

Did Uganda finish the swearing-in of its 81 member cabinet yesterday? I Fell asleep

Perhaps what Uganda needs is a new constitution to check such government excesses.

Loading...
Junet Mohamed: “Moses Kuria Has a Toothpick Down There.. I Saw it in Pangani” (VIDEO) < Previous
HILARIOUS: Willis Raburu and Ng’ang’alito Celebrate Death of a Rat Inside Citizen TV Studios (VIDEO) Next >
Recommended stories you may like: