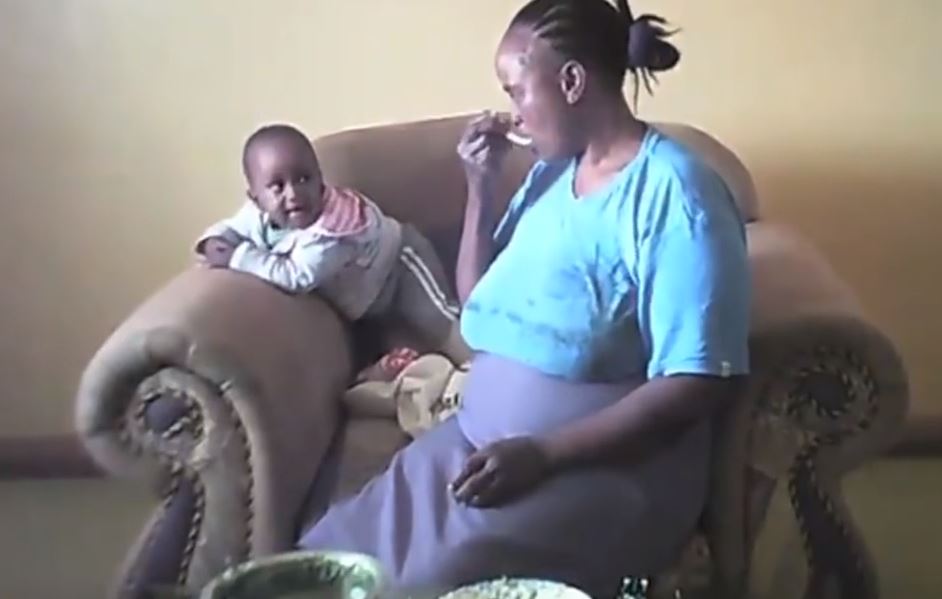 Another case of a nanny from hell caught on camera doing her dirty deeds has left Kenyans in shock and disbelief.

When Mary Wanjiru from Ngong’ in Kajiado County suspected that something sinister was happening to her child, Leon Gicheha Theuri, she resolved to install a surveillance camera in the house.

Her suspicions were confirmed when the nanny was caught mistreating the young boy.

The shocking footage shows a young Leon falling on his head from a couch as he attempts to catch the nanny’s attention.

The househelp is then seen coming from the kitchen, picks up Leon and instead of soothing his pain away, she inflicts more pain amidst scolding.

She is further seen feeding on the boy’s food and spending most her time watching tv.

The maid has since been fired by Leon’s parents. They however did not take any legal action against her and shared the video with QTV to create awareness and hopefully save another kid.

“We paid her all the money we owed her and did not take any action against her. We didn’t even report to the police…but now I want to save another kid,” Mrs Wanjiru was quoted by QTV.

Watch the report below, courtesy of QTV.

Loading...
Hilarious: Texts Sent by Educated Women vs Texts Sent by Those With Just a Birth Certificate < Previous
Hilarious Meme Compilation (Thursday June 23) Next >
Recommended stories you may like: