So what do you do with with 58 champagne bottles? Surely you would need to invited the whole estate to consume all that.

Nairobi’s newest night club, B Club, has been open for barely a month and it is already attracting top clients. The exclusive club in Kilimani is not your everyday Skylux. It is a magnet for not just the famous, but the rich and famous.

A Sh1.16 million receipt from the club has surfaced online and everyone’s talking.

How in Kenya do you spend such an amount for a single night out? It just shows the gulf between the the rich and poor, the children of the rich and those of paupers.

President Uhuru’s son Muhoho Kenyatta was spotted there last weekend reportedly in the company of friends. Speculation is rife that this is the group that footed the Sh1.16 million bill. In the above picture, you can see him holding a cash canon, ready to make it rain.

In an article they’ve since deleted, Standard reported that Muhoho was in the company of Raila Junior and Ruto’s son Nick, but we could not confirm.

Just what do you buy with such an amount? Apparently, not much. 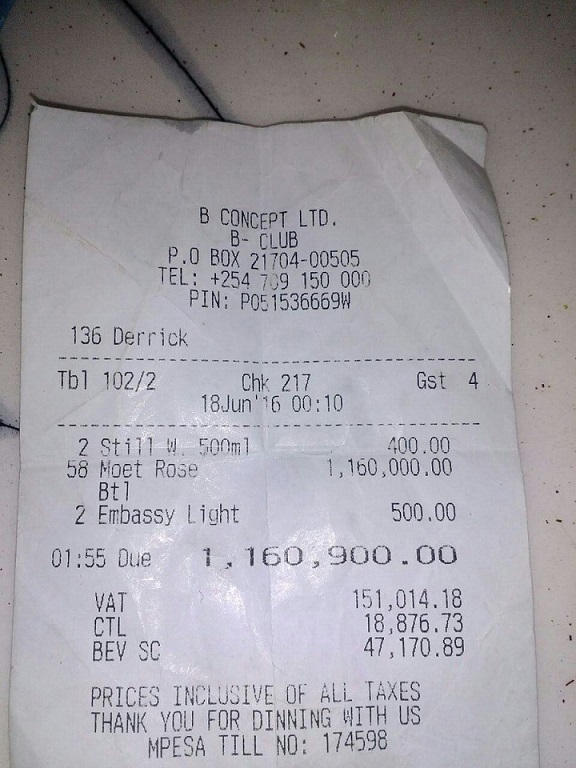 The two bottles of water and two packets of cigarettes on the list barely touch a thousand bob.

However, it is the 58 bottles of champagne that has shocked everyone. Moët Rosé comes in different variants and from the amount spent on the 58 bottles, we can work out that each cost Sh20,000.

There is no way a small group of friends can consume all that, so the logical thing to do is pour… and poured they did. 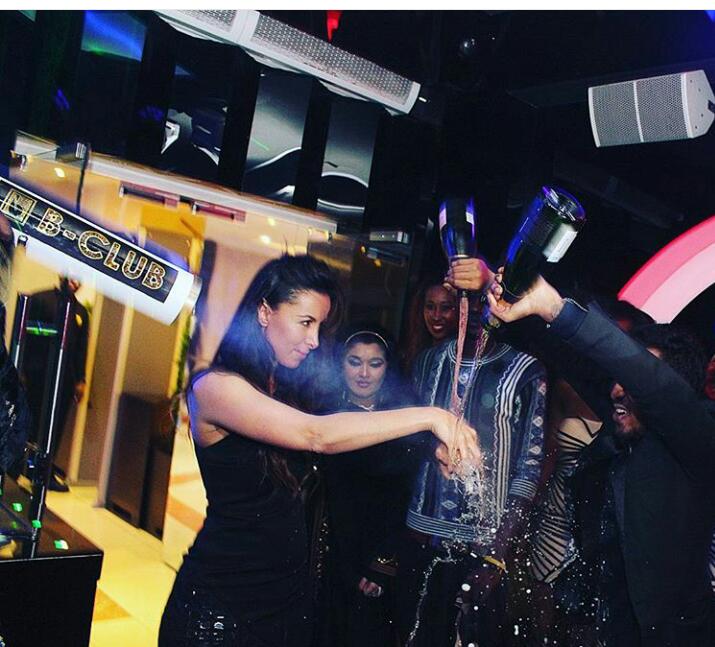 To get a sense of the type of people who are frequenting B Club, here’s another Sh1 million receipt proving the first was not a one-off.

B Club has a full-time medic at the club for those who pass out. They ll resuscitate you, treat you and drop you home.

B-Club is the first club in Kenya to have cash canon (money gun) and champagne guns pic.twitter.com/2Mi7zj4zfm 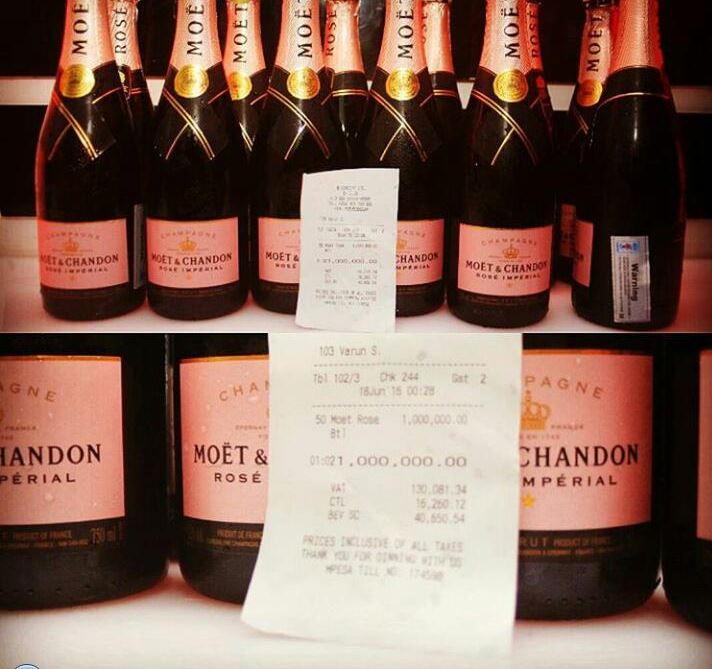 Well, I think I’ll just stick to my local.

Now See Pictures of Inside B-CLUB

Loading...
Apparently, Njahi Works Like Viagra and KOT Have Gone Mad < Previous
The Hottest Stories on the Internet Today (Thursday June 23) Next >
Recommended stories you may like: