Larry Madowo and Dennis Itumbi in Another Twitter Fight 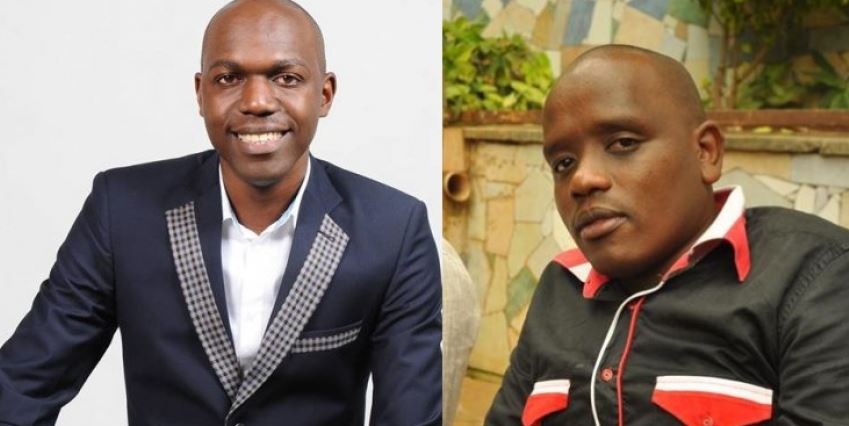 Fresh from his Moses Kuria controversy, NTV’s Larry Madowo was out to pick up another fight with State House digital strategist and former blogger Dennis Itumbi.

It all had to do with a New York Times article about the ICC that had mentioned Itumbi.

The State house insider demanded an “express retraction and apology.” 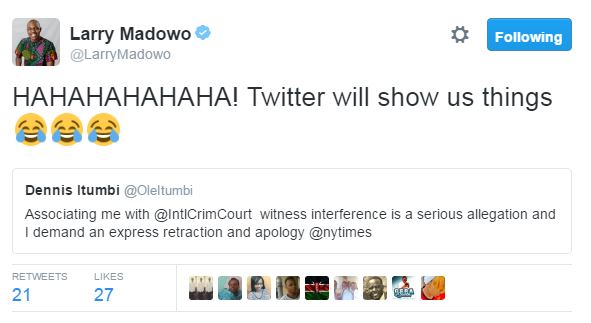 Itumbi quickly replied, reminding him of that Moses Kuria interview Larry would rather forget. 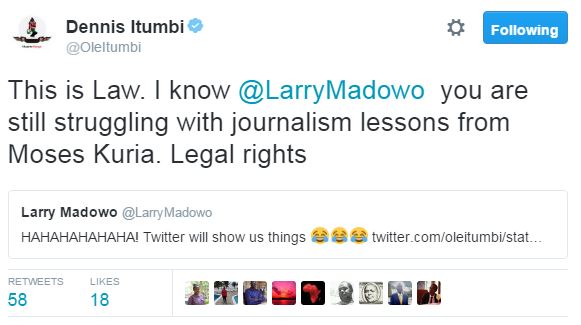 Madowo then retweeted a series of old Itumbi tweets on the same.

This is not the first time the two have gone for each other’s throats on Twitter.

Last year, they tweefed after 147 students were killed at Garissa University, and later when Waiguru refused to resign.