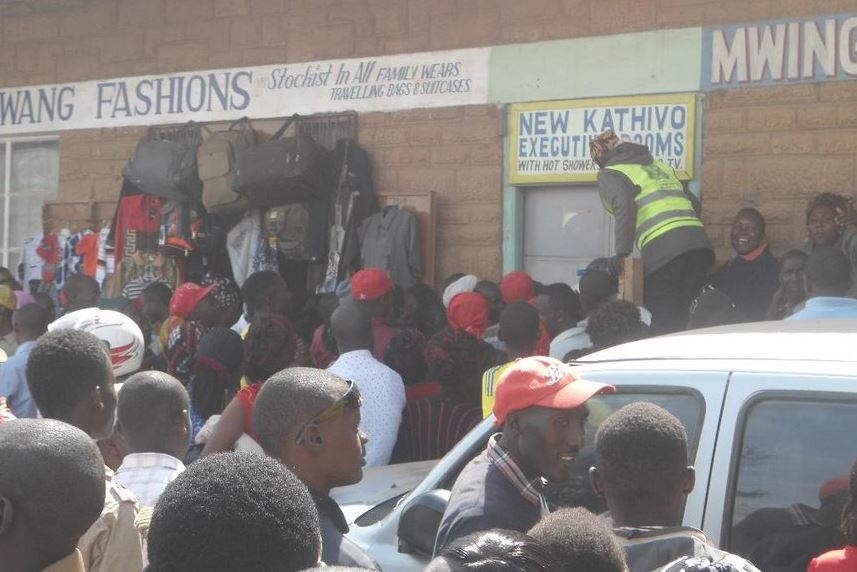 Business temporarily came to a standstill in Mwingi town, Kitui County on Thursday morning after a KDF officer was caught in a lodging with another man’s wife.

Police officers were forced to shoot in the air to disperse a crowd that had gathered around Kathivo guesthouse to see the two lustful lovers.

The woman’s husband, a boda boda operator in the area locked the room from outside after he was tipped off by members of the public that his wife and the officer had booked a room in the lodging.

“This guy is a bodaboda operator in Mwingi like me and we feel for him. If it were not for police who rescued them through the back door, we would have beaten them mercilessly,” a witness Kisoi Mukala said as quoted by The Star.

Mwingi DCIO James Manuni told the press that police rescued the two from being attacked by the angry mob and took them to a police station. They were later released.

“There is no offense, the two are grown ups and since nobody came complaining to us, we will release them. They were just enjoying themselves,” Manuni said.

Loading...
Tottenham Completes Wanyama Signing < Previous
Kidero Stops Motorcade Along Jogoo Road After Spotting Jaro Soja, Hops onto His Motorbike Next >
Recommended stories you may like: