Busia Man Cuts Off Manhood With a Razor Blade 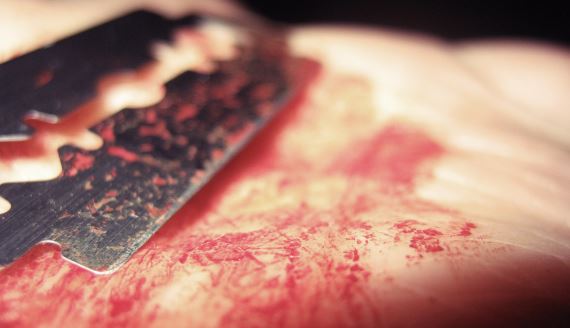 A man in Busia is reported to have cut off his manhood and fed it to the chickens.

Timothy Ofwaya, 18, of Sirigoi village, Bunyala central location in Busia county, has shocked the entire county with the strange action.

The teenager is said to have locked himself in a room and mutilated his privates on Wednesday evening.

“My son rushed out of the house bleeding and without his pants. We quickly went to find out what had happened and realized he had mutilated his sexual organs,” his father Glayton Ofwayo said. His family rushed him to a nearby health centre as he was bleeding profusely.

However, doctors at Bushiri Health Centre in Navakholo referred him to Kakamega county Referral Hospital due to the seriousness of his condition.

When asked why he would decide to chop off his genitals, Ofwaya said that he felt frustrated by women he had approached for a relationship and could not get an appropriate one.

He promised to cut off the remaining part immediately he was discharged.

Ofwaya had shown signs of depression but had not said what was disturbing him. He reportedly promised villagers recently that he would do something that would shock the world.