Bungoma Man Marries off Daughter for Two Bottles of Chang’aa 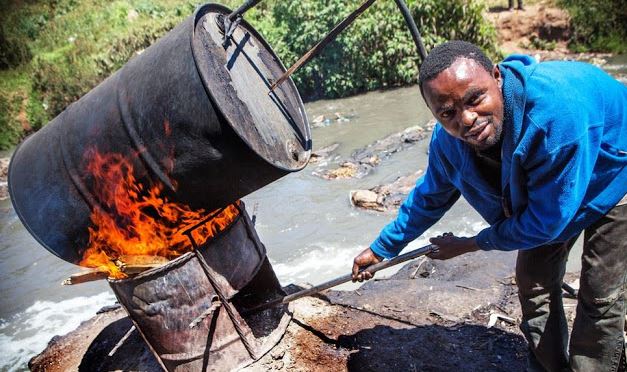 A man in Nasianda village in Bumula constituency has left neighbours shocked with his actions of marrying off his daughter in exchange of a daily dose of chang’aa.

The class seven pupil at Nabumali primary school was removed from school by his father, who took  her to a chang’aa brewer in exchange for a daily drink as dowry.
The man will be drinking two bottles of chang’aa every day until the dowry is complete, as per the agreement.
The girl is now living with the chang’aa brewer as her father sips away the dowry.

Residents led by area MP Boniface Otsiula and women representative Reginald Wanyonyi have demanded the immediate arrest of the man. They want the girl taken back to school immediately.
The MP lamented the existence of such incidents, which he blames on the deteriorating education standards in the area.

”Bumula has always lagged behind in education because of early pregnancies and high rate of school drop outs,” he said.

Loading...
Yesterday I Went To Shop at Uchumi and What I Saw Shocked Me < Previous
Hilarious Meme Compilation (Tuesday June 21) Next >
Recommended stories you may like: