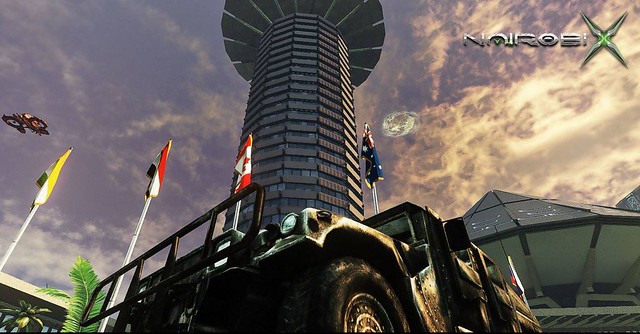 It was a pleasant surprise for Kenyan gamers following the announcement that Kenya’s newest first person shooter game ‘Nairobi X’ will be sold for only 30 bob for mobile and Sh100 for PC.

The pricing was announced yesterday during its launch at The Tribe hotel.

It will be available on Mac, PC and Android.

Not a lot of information has been given on where to buy and download the game, but those interested are told to send ‘Nairobi X’ to 21797. I’ve done so and got a prompt that this is a subscription service charging Sh30 per sms. I hope there’ll be no money tricks here.

Peter Kaggia, the maker of the game revealed that he took nearly a year to make it, and has more games lined up. Should the sales not meet expectations, he still has sponsor money to keep him moving. RMA Kenya, the sellers of Land Rover paid some good money to ensure their brand is totally visible.

In fact, it is said that some levels can only be reached only via a Land Rover Defender.

As soon as I get my hands on it, I’ll be posting a review.

Loading...
Hilarious Trending Images This Wednesday < Previous
Why Eric Njoka Has Totally Pissed off Larry Madowo Next >
Recommended stories you may like: