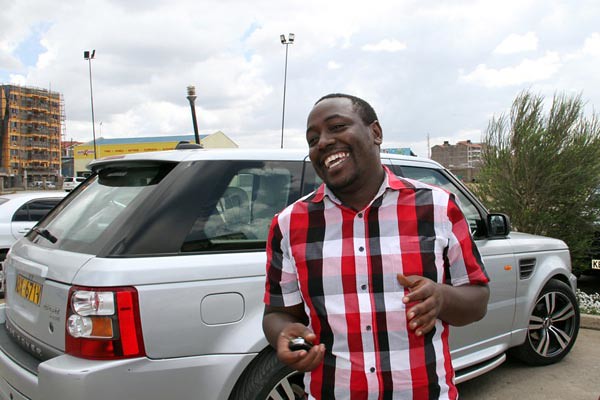 Police have recovered a vehicle belonging to Pastor Kanyari two hours after it was stolen at his church on Sunday morning.

The Ksh 8 Million Range Rover was recovered along Kangundo road in Nairobi where it had been abandoned by the thieves. According to reports the vehicle was stolen moments after the controversial pastor had parked it at his church in Kamukunji where he had gone to preside over a service.

The car was recovered after the police had circulated the vehicle’s registration number and with the help of a tracking device.

No arrests have been made.

Loading...
Hilarious VIDEO – Teacher Wanjiku on ‘Umuhimu Wa Miti’ < Previous
Meet the Kenyan Guy Who Cruises in Over Ksh. 30 Million Porsche – PHOTOS Next >
Recommended stories you may like: