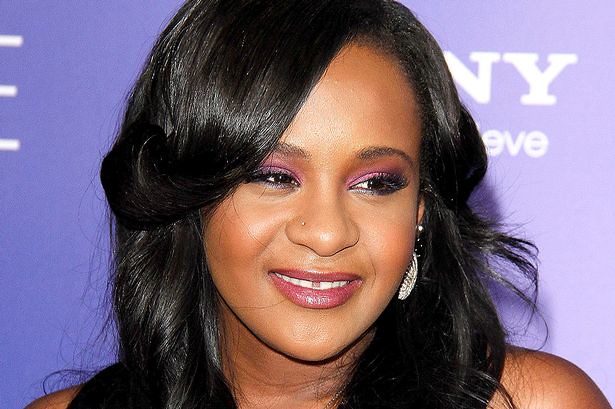 Bobbi Kristina is being moved home to pass away peacefully, according to reports.

Whitney Houston’s daughter has been fighting for her life in hospital since January, when she was found unresponsive in her bath.

Her father Bobby Brown and other family members have remained by her bed side, praying for her to recover, but she still remains on life support now in a rehab centre.

An insider told Radar Online: “They are planning to keep her in Georgia and possibly bring her back to the townhouse.

“That was her home and her mum’s home. If they can bring her back it would be great.

“If she’s alive, then let her be home and surrounded by beautiful photos of her mum.

“It’s as good as it gets in such a bad situation.”

However her father Bobby Brown is reportedly against the move, having previously vowed to keep fighting for his daughter.

According to reports, the star has refused to turn his daughter’s machine off while there’s still hope that she’ll pull through.

Meanwhile, Bobbi Kristina’s boyfriend Nick Gordon has been spotted in public for the first time since rehab.

New pictures show Nick, 25, wearing black shorts, sneakers and a grey t-shirt and looking healthy as he strolled outside of his home in Florida drinking a carton of orange juice.

His time in rehab came after an emotional interview with Dr. Phil on US TV who felt he needed to get help after Bobbi was found unresponsive in her bath in January.

“When we arrived, we realised this is a serious situation and if Nick didn’t get help, he could end up dead,” Dr. Phil explained.

Nick tweeted a cryptic message today after the news broke about Bobbi, writing: “How do I have more pictures/time with her and you wanna be here for her now,” adding: “Book soon.”

He’s also been posting a number of throwback snaps of him and Bobbi as other family members have remained by her bed side.

Loading...
Juliani, Vanessa Mdee, Emanuel Jal and Syssi Drop ‘Tusimame’ Music VIDEO < Previous
Interesting! This Luo Song About ‘Omena’ by Omena Band Will Make Your Day – VIDEO Next >
Recommended stories you may like: