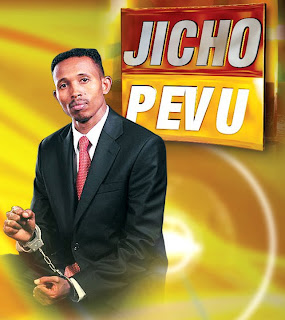 Kenya’s biggest investigative reporter, Mohammed Ali, he of the Jicho Pevu fame, has been poached by NTV. The KTN reporter (now former) who has built a reputation in investigative journalism will be joining Nation Media Group this August. Together with Dennis Onsarigo, who was incidentally poached by KTN from NTV, the two have provided some jaw breaking investigations, the latest being the Artur, state house and cocaine overhaul connection.
Ali will be joining John Alan Namu, who has just concluded ‘In The Footsteps of Felicien Kabuga’, one of the biggest investigative pieces in Kenya. Namu had previously worked at KTN before NTV did the poaching.
Before the news of Ali’s departure sinks, another high profile journalist is decamping. Citizen TV’s reporter, Willis Raburu, famed for his ‘Truth Metre’, is also reported to be leaving Citizen TV for NTV. The reporter will take with him Sylvia Chebet and Hussein Mohammed. Truth Metre has of late been receiving positive reviews and increased viewership. It is therefore a big loss for Citizen as they will have to get someone to fill those big shoes. It is however not clear when the Citizen reporters will be leaving the station.

Willis Raburu may not after all be leaving Citizen after reportedly declining NTV’s offer.
© nairobiwire.com
Letter Anyang Nyong’o Sent Atwoli Demanding Written Apology. < Previous
Man Claims Kabuga’s Photos Used By Allan Namu Are His. Next >
Recommended stories you may like: