Why Eric Njoka Has Totally Pissed off Larry Madowo 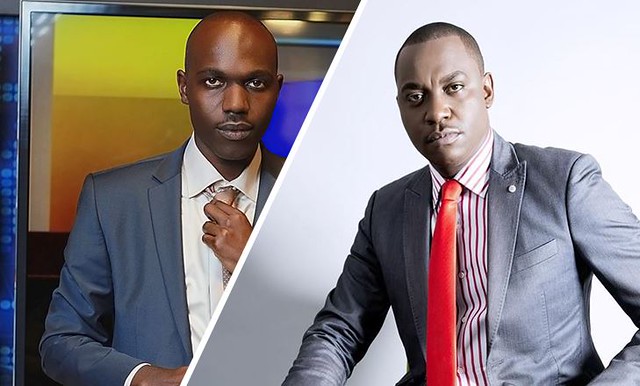 About 2 weeks ago, K24 launched ‘The Trend’ clone dubbed Talk Central. It will be hosted by Eric Njoka and will air every Thursday night.

On its debut episode, Eric hosted Sharon Mundia and social media bigwig @Xtiandela. As we reported then, by hosting it on Thursday, K24 was obviously trying to avoid the same day and time slot as The Trend, which would have meant its death even before it started. They are also hoping to have the trending topics a day earlier than Larry Madowo, thus hopefully reduce his viewers.

Whether that will work will be a whole matter all together.

Here are some pictures from the first episode. 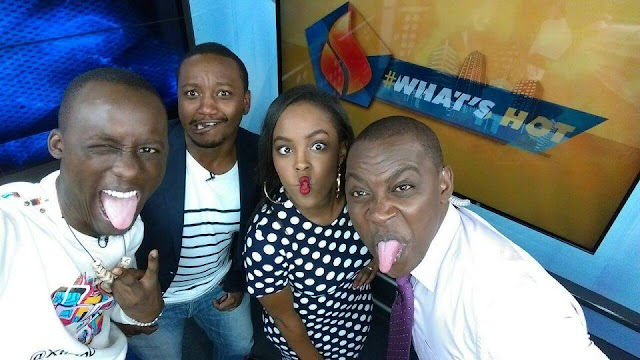 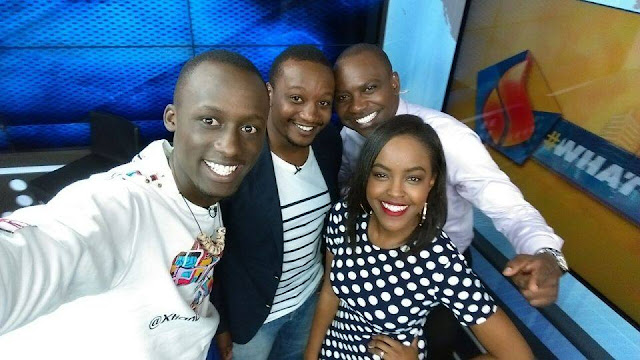 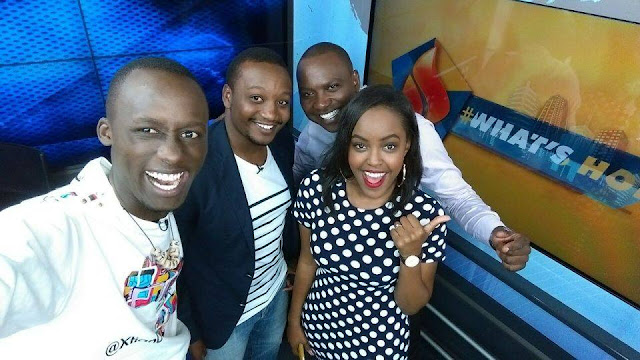 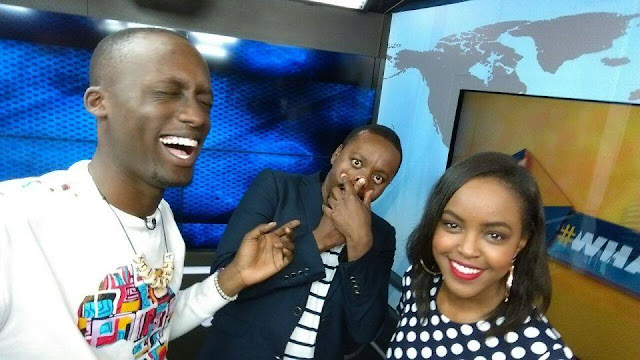 That new show has not amused Larry Madowo. On his Daily Nation FrontRow column this week, Larry comes very close to shaming Eric Njoka by name.

Titled: ‘Monkey see, monkey do: Kenyan copycats killed creative industry’, the opinion piece also talks about the Malia Obama dowry offer, and the other copycat who came forward with more cows, but it’s quite clear that what Larry really wants to talk about is Eric Njoka’s show.

Here’s an excerpt of his article.

Another Kenyan man has offered cows for Malia Obama’s hand in marriage. This time, it is a Maasai moran who’s putting up 500 cows if he gets to marry the 16-year-old daughter of President Obama.

I read the story with mounting irritation, both at the temerity of a grown man publicly asking to marry a minor, and the editors who determined that it was a good story.

The first two had birthed significant buzz on the Internet and hit international news outlets, so there must have been a desire to keep them coming.

I was surprised that confessed paedophiles were getting coverage from respectable media houses as if they were a true representation of the country’s menfolk. It is surprising, until you take into account the Kenyan approach to creativity: monkey see, monkey do.

In December 2012, I took over a respectable, high-brow current affairs show called #theTrend after James Smart left NTV. I had just returned to the station, was not yet assigned to anchor a news broadcast and nobody was particularly keen on doing the show because no proper structure for it existed.

In just a few short weeks, I had run it to the ground with a vile variety of third-rate musicians, trending topics and, yes, socialites. For some bizarre reason that we are yet to understand, viewership numbers picked up and continue to do so today.

IDEA PAST ITS TIME

What was once a thoughtful discourse on leadership and topical issues quickly became a stopover for some washed-up artistes, wannabe prophets, visiting international has-beens and other miscellaneous entertainers.

We always assumed that people watched #theTrend to be ironic, considering how terrible a format it was. Nobody learned anything useful and we tried every possible way to get cancelled, including almost burning up the studio one time.

They rewarded our trainwreck of a show with an extra hour of airtime, maybe because it ran so late on Friday nights that none of our bosses had really ever watched it!

Time well wasted, we say all the time and make no effort to do a serious show. So you can imagine our surprise when almost all the other TV stations in the country came up with their own versions of #theTrend, some on the same time slot and based on the same central idea.

The Malia Obama proposal stories flourished in the media because nobody stopped to consider what message they were putting out.

The attention-seeking copycats equating women to a herd of cows should remember that this, too, was done before: 14 years ago, when a man offered 40 goats and 20 cows for Chelsea Clinton.

It’s almost as if there has been no original thought in a decade and a half in this country around courtship and impossible goals. That is hardly surprising, there are very few truly exceptional new thinkers running around in Kenya.

In business, politics and everyday life, only a handful are innovating. The rest are just copy-pasting.

A few years ago, there was a great big rush to set up Simu Ya Jamii micro-businesses. A great many people did, unaware that mobile phones were about to become ubiquitous and render that business obsolete.

Even though only a handful of people truly make money in matatus, that hasn’t stopped everyone else and their mother from pouring money down that drain.

On his Facebook, Larry actually revealed that he had called out his competitors by name before the editors ‘softened the sting’. 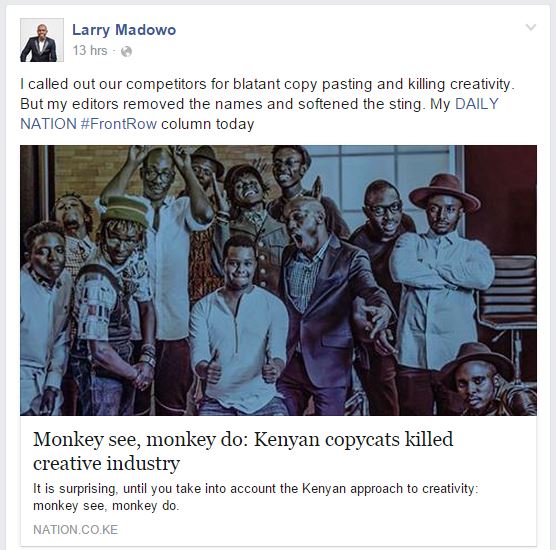 But one commenter was quick to tell him not to get ahead of himself. It happens everywhere.

Loading...
‘Nairobi X’ Video Game Goes on Sale for 30 Bob < Previous
NEW VIDEO ALERT!! Ringtone and Exodus With ‘Party Leo’ Next >
Recommended stories you may like:

All The Trending Images This Thursday