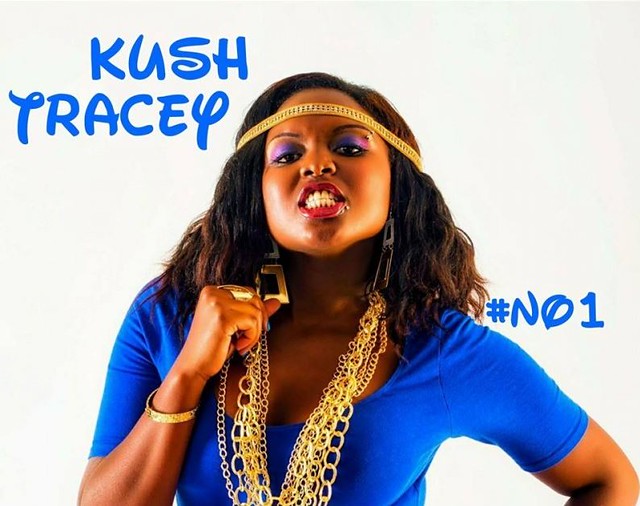 The reply to Kristoff’s hit ‘Dandia’ dubbed ‘Huwezi Ni Dandia’ finally has a video out. The song by Kush Tracey otherwise known as Teresia Ndoti was well received upon it’s release a few weeks ago.

The song is aimed at empowering women and was dropped as a retaliatory track to the original by Kristoff, Frasha and Rabbit which according to Kush was demeaning to women.

“Speaking on behalf of other women,we need men to respect us and also know that we ain’t cheap. As  women we have a say when it comes to such situations and apart from that; I was making a statement that we can choose to say yes or no,it’s a song that people would love to hear and bump to, considering the original one was a hit. I just did the reply for all the ladies.

The whole point is to entertain and there is no beef between Kristoff,Frasha and Rabbit, and Pacho. They liked the reply and hence it was agreed and we released it,at the end of the day we are all here to entertain our fans,” Kush said.

Huwezi ni Dandia was produced by Cedo at Pacho Studios while the video has been directed by Ricky Becko.

Incase you haven’t checked it out yet, here it is:

Loading...
Slums, Hunger and Aids… You’ll Not Be Happy with How Netflix Portrays Nairobi in New Drama Sense8 < Previous
Juliani, Vanessa Mdee, Emanuel Jal and Syssi Drop ‘Tusimame’ Music VIDEO Next >
Recommended stories you may like: